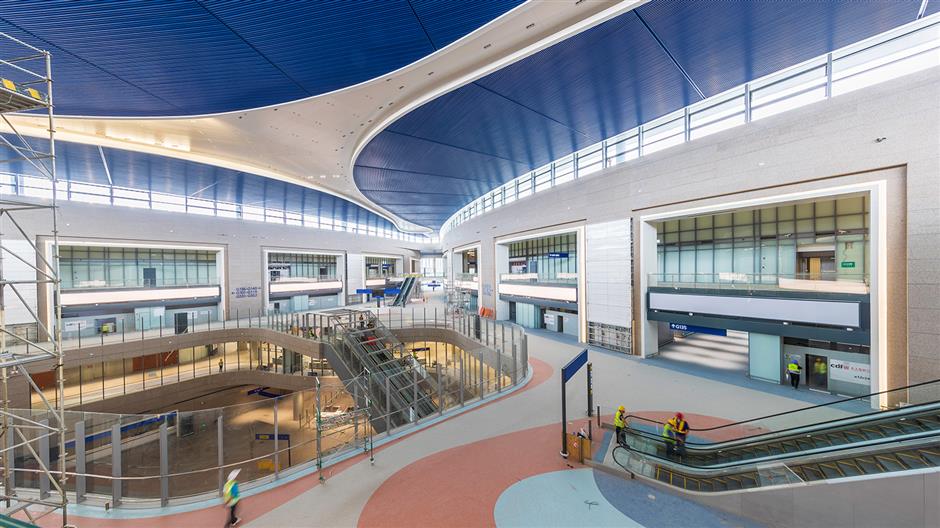 The world’s largest satellite terminal building, known as S1 and S2, is connected with terminals 1 and 2 by an underground shuttle and will provide faster transfers and better punctuality, Shanghai Airport Authority said on Wednesday.

Over 35,000 tons of steel has been used in the project, equal to the total amount used for the Nanpu, Yangpu and Xupu bridges across the Huangpu River.

Work on the terminal by Shanghai Mechanized Construction began in May 2016 and took two and a half years. The structure has won the gold award of the China Construction Metal Structure Association.

The glass curtain wall is 6 kilometers long and will offer a great view for waiting passengers. Long, thin beams which can resist typhoons were used to create the wall.

The triangular rooftops of S1 and S2 were built with over 20,000 steel beams. QR codes on each beam provide all necessary information for workers. Previously, a huge amount of design charts were required. 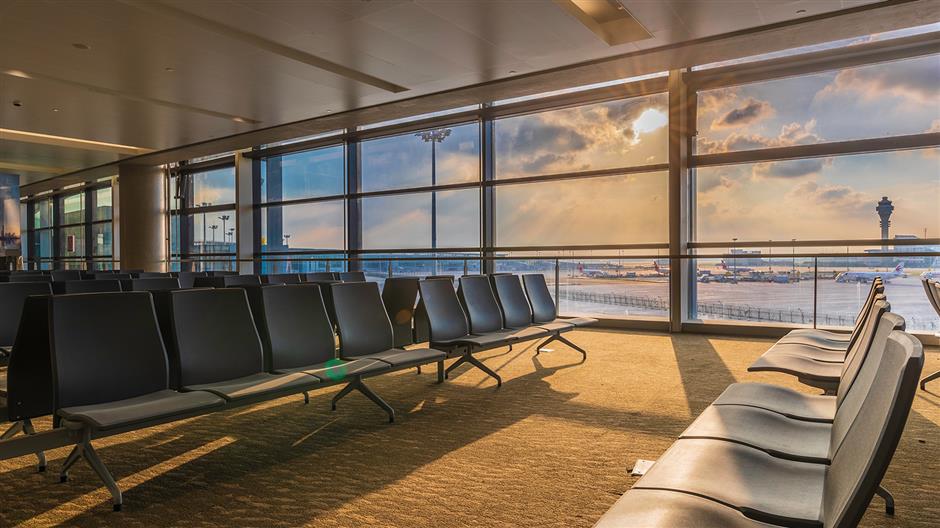 The terminal building is being prepared for a grand opening.

Interior decoration work has started along with preparation of commercial facilities. The operational system is being tested ahead of the grand opening in September.

New subway trains are also being put through their paces. The subway is designed to carry 9,000 passengers per hour.

Each train is about 94 meters long with four compartments, two for domestic flight passengers and two for international flight travelers. Screens for flight information and luggage racks have been installed.

Passengers will check in at one of the two existing terminal buildings and then take the subway — a ride of about three minutes — to get to the new facility. The subway train will run every two minutes.

Shanghai's two airports have become overburdened with passengers and cargo. Together they handled over 117 million passengers in 2018, a 5.2 percent increase, making it the world’s fifth-busiest air hub after London, New York, Tokyo and Atlanta.

A series of expansions and renovations, including the building of the satellite terminal and a three-year renovation of Terminal 1 at Hongqiao International Airport, completed in October 2018 are helping to make services more efficient. 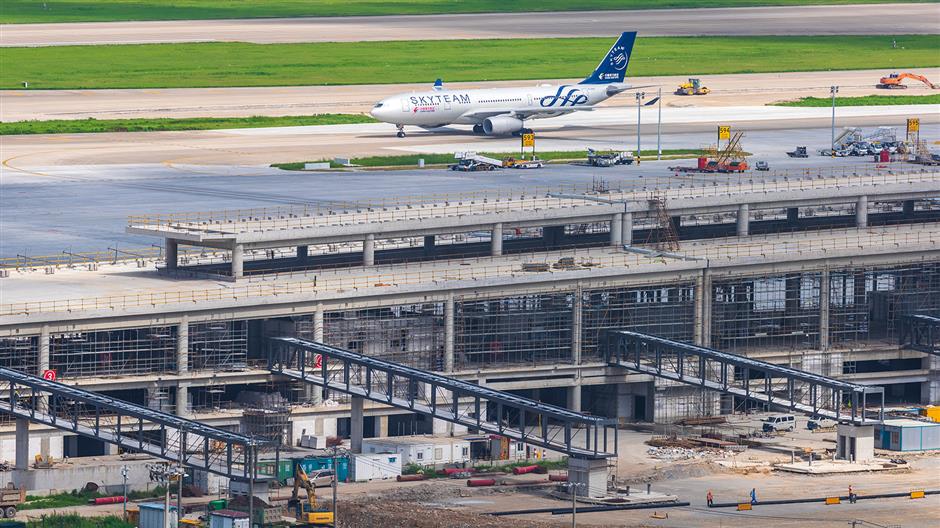 A file photo shows the structure under construction 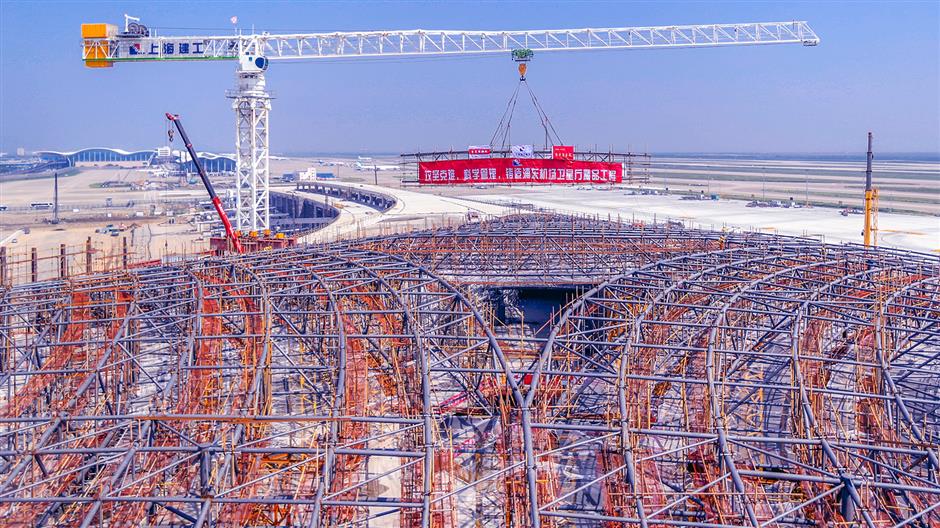 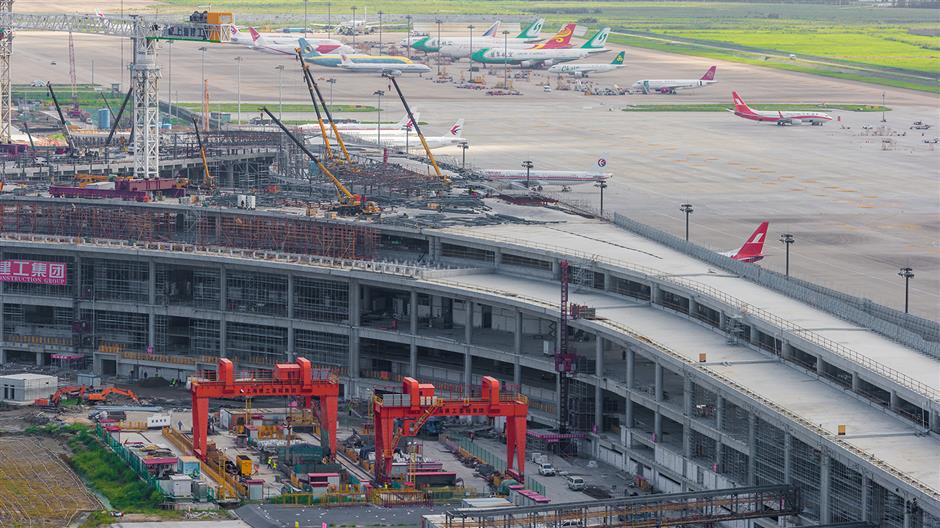 The glass curtain wall will be 6 kilometers long and offer a great view.