'The Adventures of Sanmao the Waif' screened in 4K restored version

A 4K restored version of the classic film “The Adventures of Sanmao the Waif” was screened at the 22nd Shanghai International Film Festival with widespread release scheduled for the National Day holiday.

The film was the first feature released after the founding of the People's Republic of China in 1949.

The restored version, presented by iQiyi, has improved images and sound.

According to Ya Ning, president of iQiyi Pictures, it costs up to 2 million yuan (US$290,000) to restore an old film.

“We hope to preserve the classics of Chinese cinema with modern technology,” said Ya. “Film restoration will become our long-term work. We might choose to restore one or two movies every year.”

Restoration for the 1956 film “The Family” and the 1963 romance “Peach Blossom Fan” is also under way. 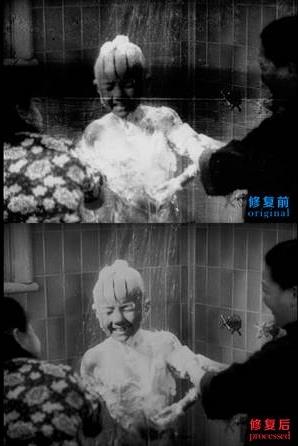 A contrast between the original version and the 4K restored version