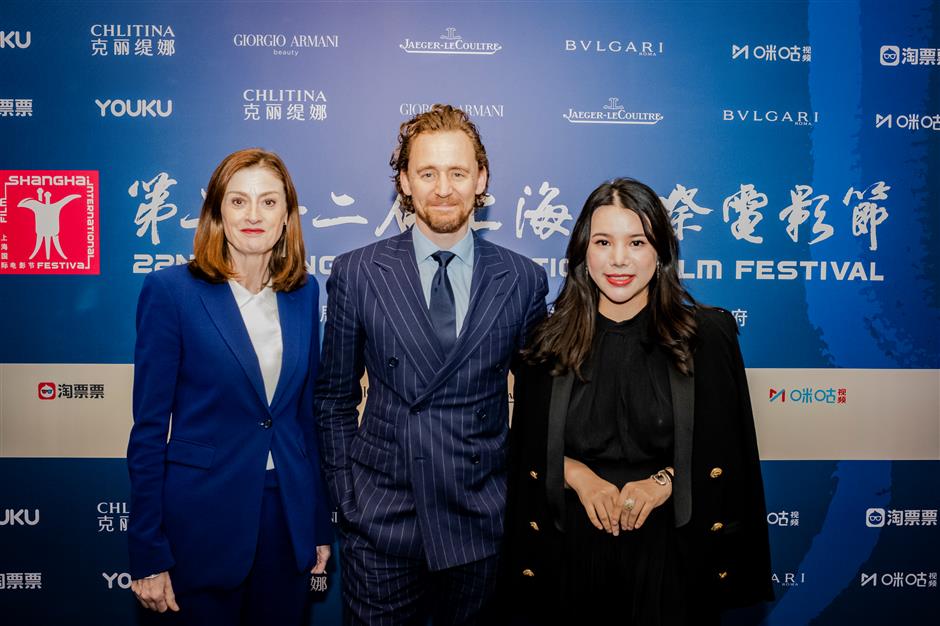 A new initiative by the British film and TV industry and Yu Holdings, a company linking investors with creators, will celebrate and support China’s future stars of film, e-games and TV and raise their international profile.

The BAFTA Breakthrough China initiative was announced by the British Academy of Film and Television Arts and Yu Holdings at the 22nd Shanghai International Film Festival.

British actor Tom Hiddleston, known for his roles in “Thor” and “Only Lovers Left Alive,” is an ambassador for BAFTA Breakthrough China.

There is much creativity and craftsmanship in China, he said. And initiatives such as BAFTA Breakthrough China are instrumental in helping strengthen the careers of exciting new talent and promote them on the global scale.

BAFTA CEO Amanda Berry said it is the first time the academy's flagship new talent initiative has been implemented outside the UK.

“Over the years, we have gained a greater understanding and appreciation of Chinese creative industries," she said.

"But we recognize that we still have a lot to learn about new talent in China, so we are reaching out to members of the Chinese film, games and television industries to help us by recommending talented individuals and encouraging them to apply.”

Berry is also amazed at the rich culture of China. Since 2013, the academy has been supporting Chinese students in the UK.

She added the initiative will give rising stars in China wide support and a network to expand their career.

Chinese industry professionals can recommend candidates who may be a director, writer, producer, actor or game developer through www.bafta.org/supporting-talent/breakthrough/breakthrough-china.

Winners will be announced in October. They will have mentoring sessions and exchanges with British, Chinese and international industry figures.