The 2nd China International Import Expo will be held in Shanghai in November, Li noted, adding that the city welcomes Kering Group to join the expo to exhibit their outstanding products and services and share development opportunities.

He hoped Kering Group will launch new products, flagship platforms and innovative projects in the city.

In his reply, Pinault said that China is the most important market for Kering Group overseas, and the group is optimistic about the development of the Chinese market and will increase investment in the country.

Kering is one of the world’s largest owners of luxury brands, such as Gucci, Puma, Alexander McQueen and Saint Laurent. The group opened its China headquarters in Shanghai in 2013. 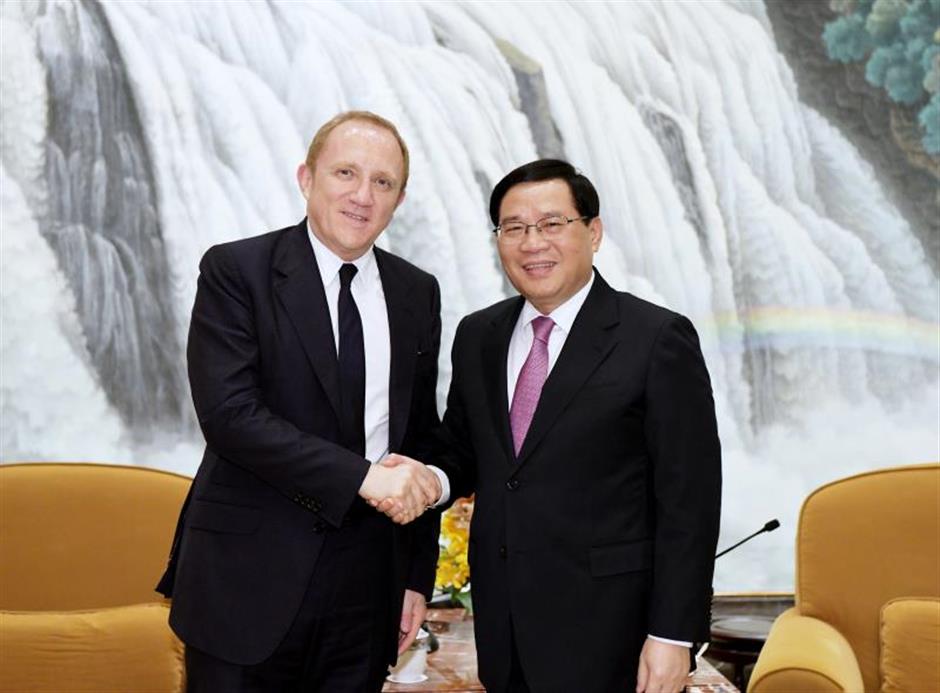