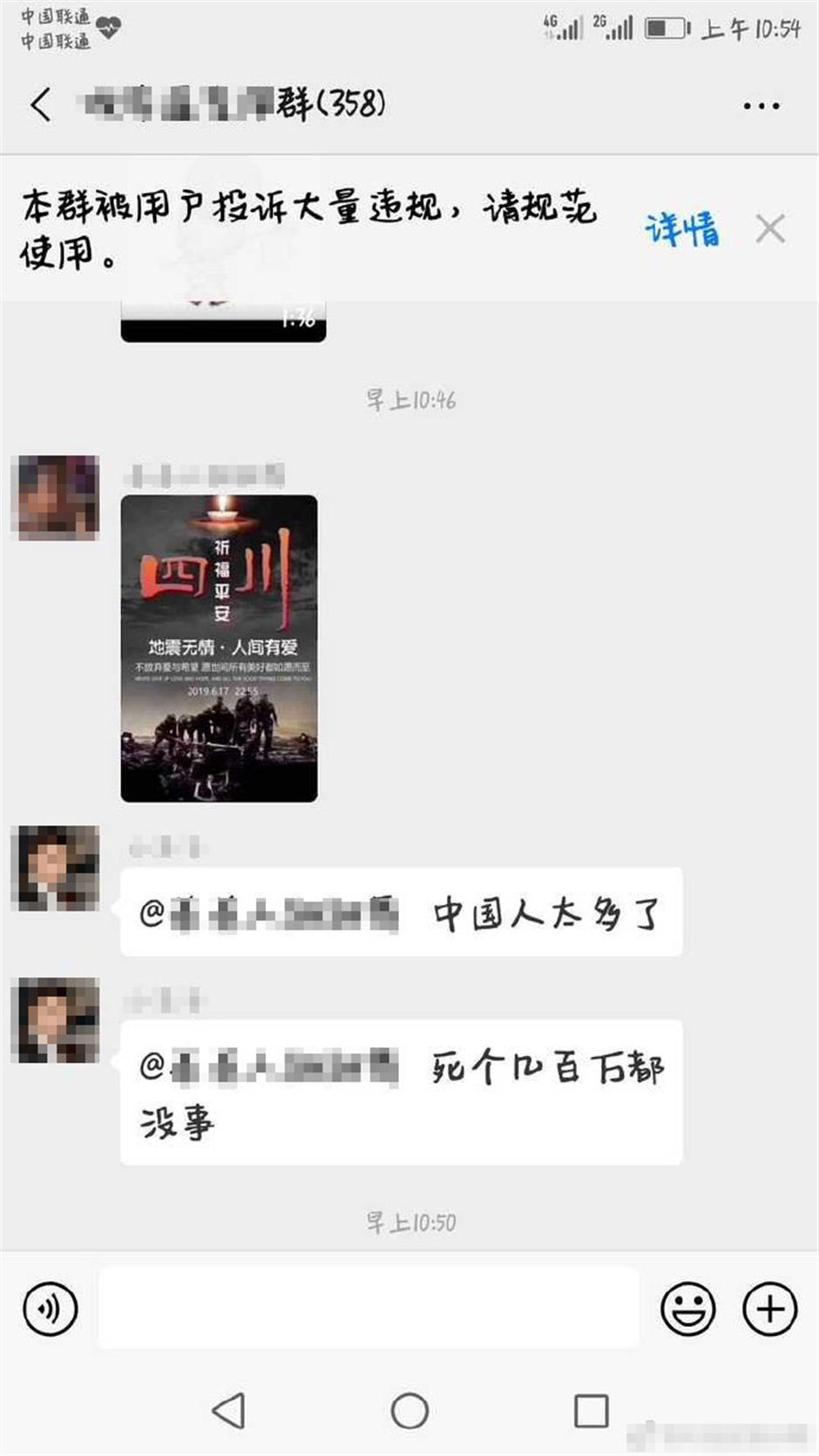 The insulting words the man posted in the group

A 24-year-old man has been detained for insulting victims of the recent earthquake in Yibin City, Sichuan Province, Shanghai police said on Thursday.

The man surnamed Ma from Henan Province who lives in Baoshan District posted the insulting words in a WeChat group on June 18, police said.

“It doesn’t matter even if a few million people had been killed because China has too many people,” he wrote.

The WeChat group had 358 people at that time.

Ma was condemned by fellow group members and reported to Shanghai police.

Ma faces the criminal charge of “picking quarrels and making trouble” and faces up to five years in jail, police said.

Police said they have also reprimanded the head of the WeChat group and asked him to better manage the group.

The Yibin area was hit by two earthquakes this month, killing at least 12 people.