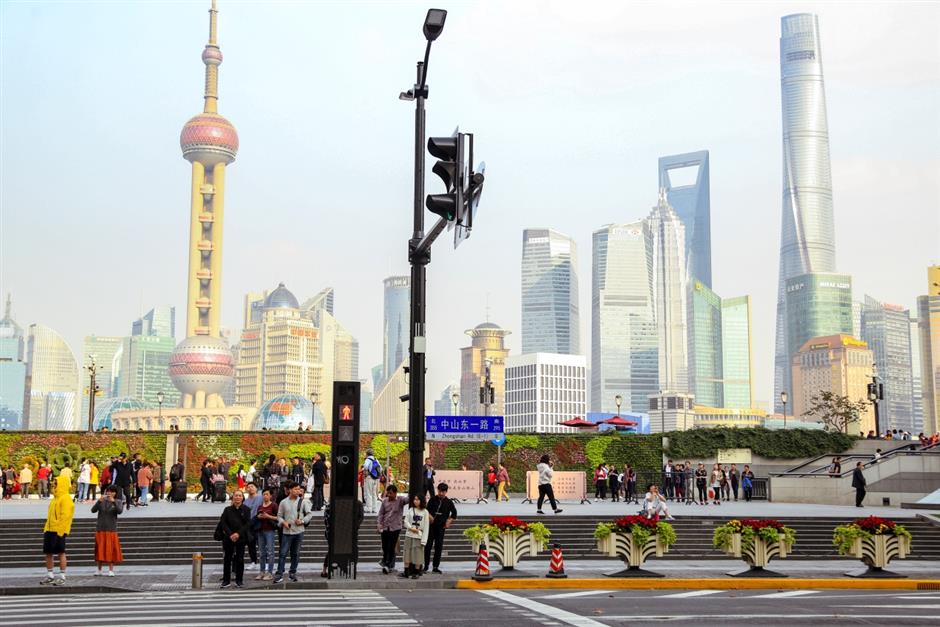 An integrated street pole on the Bund

More intelligent services will be integrated into  new street poles being erected citywide this year.

Radars to monitor aircraft in low air space can also be installed in future to expand the application of drones, said Sheng Yong, assistant chief engineer with the research institute of the company.

Electric vehicles will be able to charge in parking lots near some of the posts in the near future.

Sixty-nine integrated poles were installed on a 4.6-kilometer-long section of Century Avenue in the Pudong New Area to replace 182 old poles.

The work was one of the most complicated in the project.

This year, work has concentrated on the North Bund area in Hongkou, Huangxing Road in Yangpu and Hunan Road in Xuhui, said Sheng.

Shanghai plans to rid itself of another 100 kilometers of unsightly overhead cables before the second China International Import Expo opens on November 5, according to the city’s housing and urban-rural development bureau.

Tailored plans have been made for each of the main roads to integrate the infrastructure while avoiding spoiling the overall ambiance.

The most complicated poles on Nanjing Road and Henan Road S., for example, have had nearly 20 functions integrated into a single pole, said Sheng.

Engineers also aim to make the foundations smaller to avoid interrupting traffic and bothering nearby residents, he added.

Shanghai first started to remove the cables in the 1990s. But due to the complicated ownership of the space and limited underground area, only about 600 kilometers of cables managed to be removed in the past two decades.

The project was basically shelved after 2011 and only re-initiated last year ahead of the first China International Import Expo.