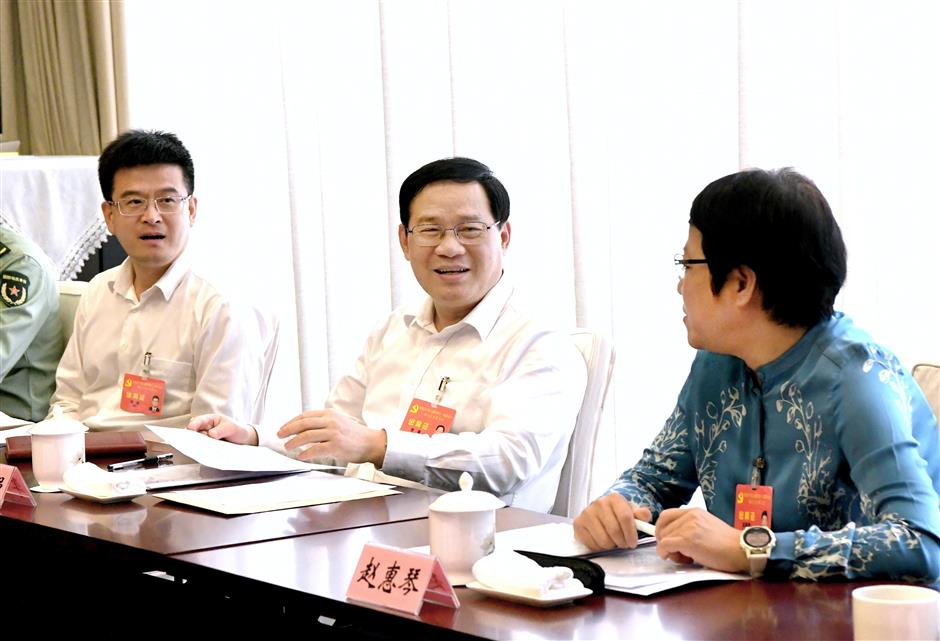 The Shanghai Committee of the Communist Party of China yesterday approved a series of guidelines to build “a passionate, creative and daring cadre team” in the city.

The guidelines follow Chinese President Xi Jinping’s call that good cadres should have firm belief, serve people, be diligent at work, dare to shoulder responsibility while being honest and upright. For Shanghai cadres, he has higher requirements. He said they should “be passionate with work, creative in solving problems and brave to meet challenges.”

“Shanghai needs a team of capable cadres to take up the missions of the age and create a new legend in Shanghai,” said Li Qiang, the CPC Shanghai Committee secretary.

Shanghai is the birthplace of the Communist Party of China and has been a pioneer in reform and opening-up. It has expanded the free trade zone, developed the sci-tech innovation board, led the integration of the Yangtze River Delta region, and is organizing the second China International Import Expo, as well as showing its determination to become a global center for economy, finance, trade, shipping and innovation. It aims to become a modern metropolis of global influence with Chinese characteristics, Li said.

“To some extent, Shanghai is still a ‘startup’ and we still need to work in full swing, so our most urgent task is to stimulate the passion of our cadres to create a beautiful future of Shanghai by working hard,” said Li.

He wished that the cadres can treat their work as an undertaking, instead of merely a profession or even avocation.

The guidelines pointed out that cadres should take the initiative and go to areas where tasks are tough, urgent and difficult; they should improve their own working ability and calculate experiences. The document also urged cadres to cultivate habits of lifelong learning, not only from books, but also from the grassroots and experts and gain experiences from home and abroad.

The guidelines also underlined the capability and achievements in cadre selection and assessment, letting capable people take suitable posts, providing platforms for them to display their talent and prospects for further development.

The document encouraged the whole city to break through barriers in regions, departments and industries to form a big citywide pool of talent in selecting cadre for each post. It encourages government departments, public institutions and enterprises to open up doors for talent flow among them. The document also said that some areas such as the free trade zone and the demonstration zones for integrated development in the Yangtze River Delta region should innovate and explore interconnected employment platforms or mechanisms so as to attract badly needed talent from a larger area.

The guidelines also emphasized that Shanghai needed to prepare enough younger cadres to improve the talent structure, and the city should give more opportunities to young people.

Part of the guidelines are aimed at reducing unnecessary or unimportant work for cadres, such as receiving inspections from various departments. It pointed out that such inspections must be streamlined to ensure that cadres can focus on important work.