Shanghai Daily photographers documented some memorable moments of our city life in the past month. 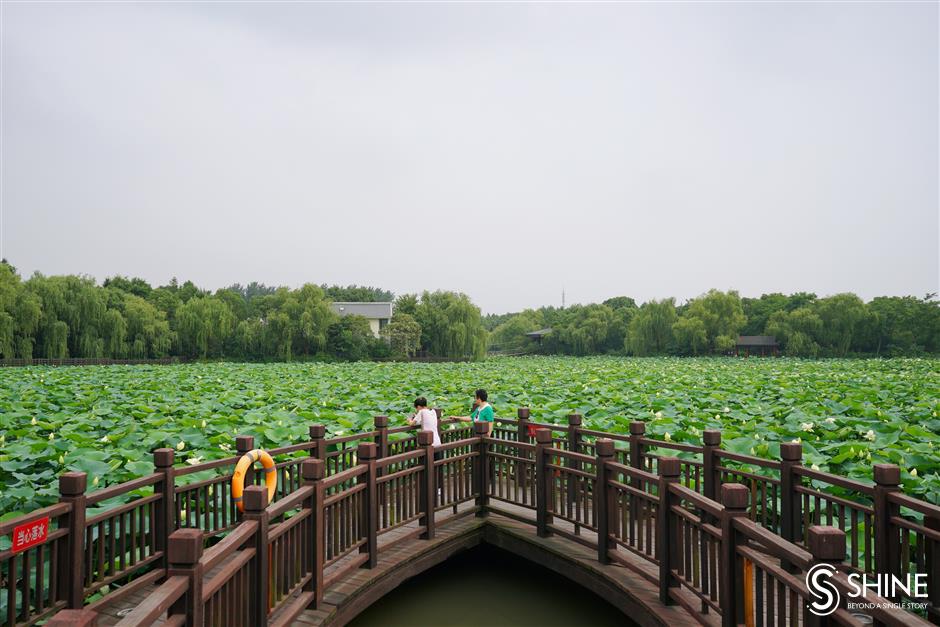 Visitors to the Gucun Park take photos of the lotuses on June 27. With 28 varieties, the lotuses cover 35,000 square meters of water in the park and the flowers will be in full bloom next month. 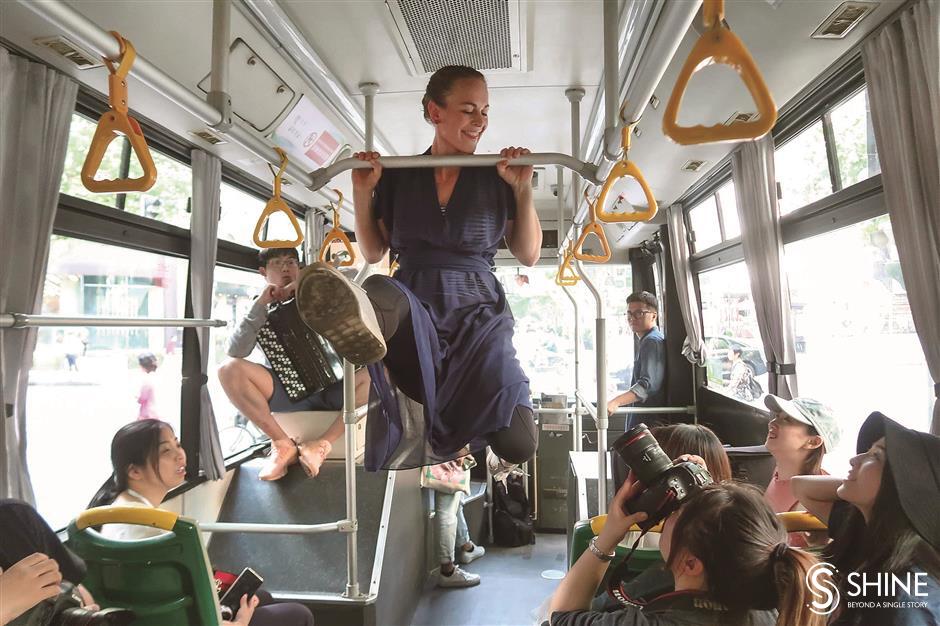 New Zealander Lauren Carr uses a bus as a stage for an environmental performance of the “Back of the Bus” in Xintiandi on June 1. 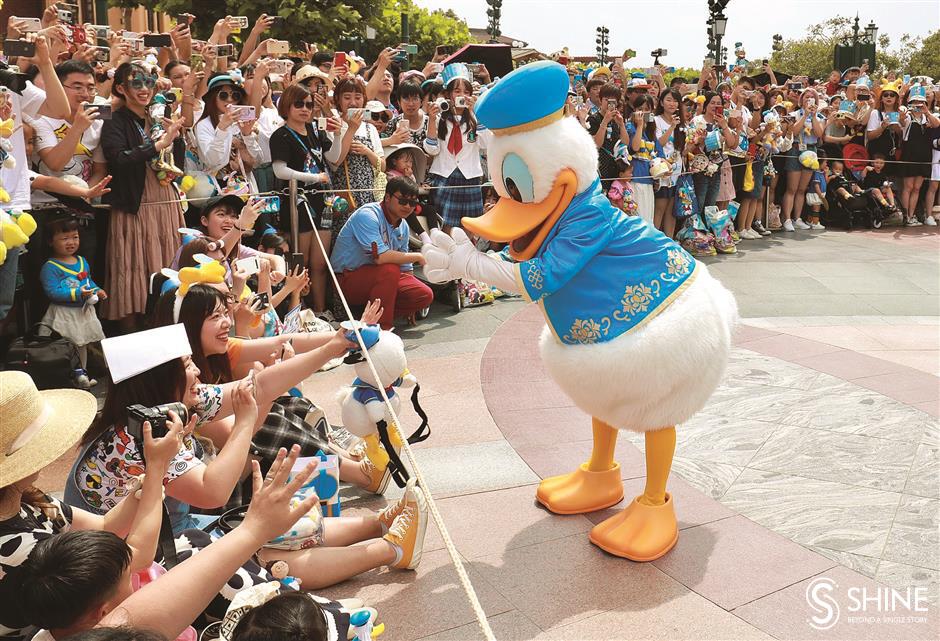 Donald Duck says hello to fans at Shanghai Disney Resort on June 9 during a celebration of the cartoon character’s 85th birthday. Created by Walt Disney himself, Donald Duck debuted in “The Wise Little Hen,” part of the Silly Symphonies series, on June 9, 1934. 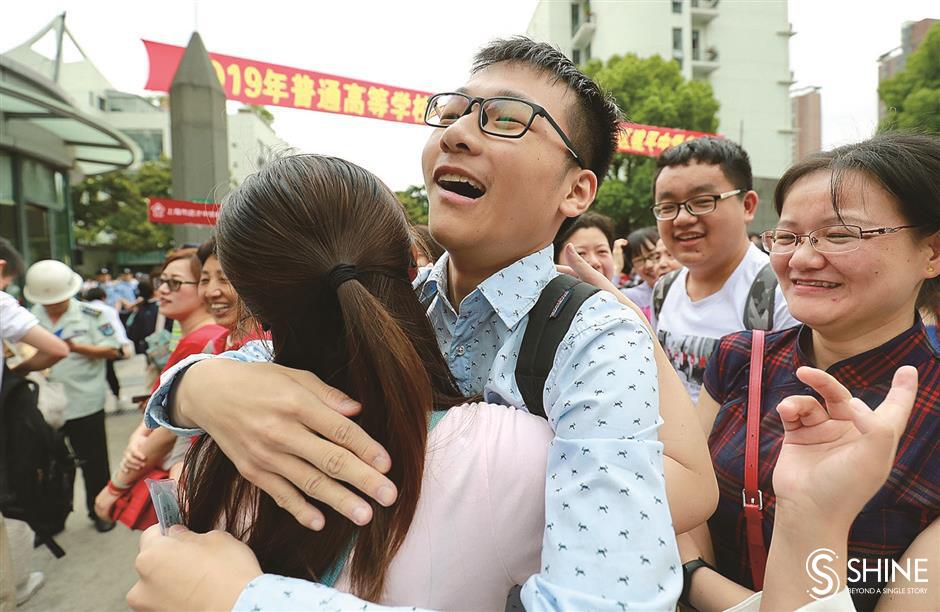 A student hugs his teacher after taking the college entrance exam at Pudong Jianping Middle School on June 7. More than 50,000 high school students sat for the exam in Shanghai this year. June is exam month in Shanghai. Another 73,000 local students sat the middle school graduation exams on June 15-16. 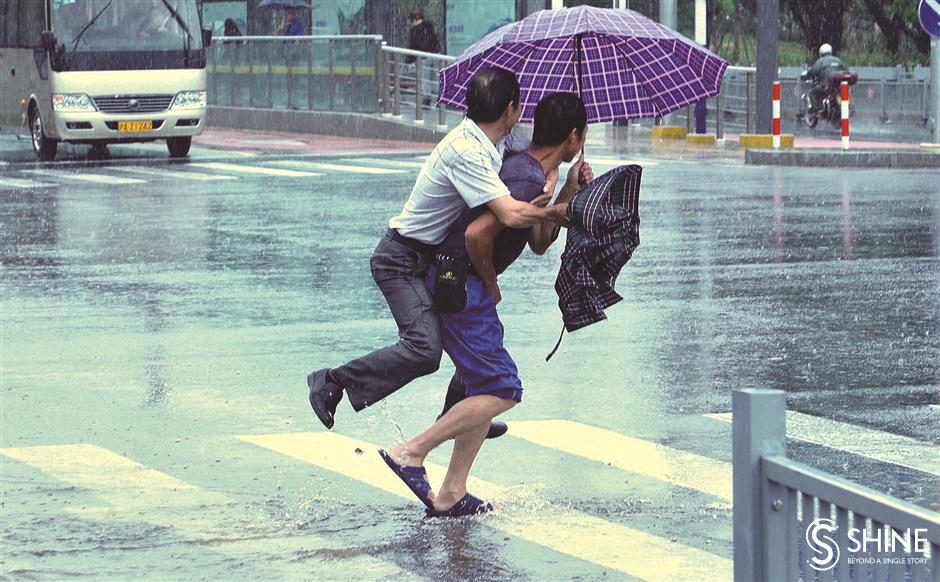 A man in slippers, carrying another man on his back who wears leather shoes, tries to wade across a flooded road during a downpour.

A migrant worker uses a red, white and blue striped plastic sheet, taken from a construction site, as raincoat while cycling in the rain. The plum rain season arrived on June 18. 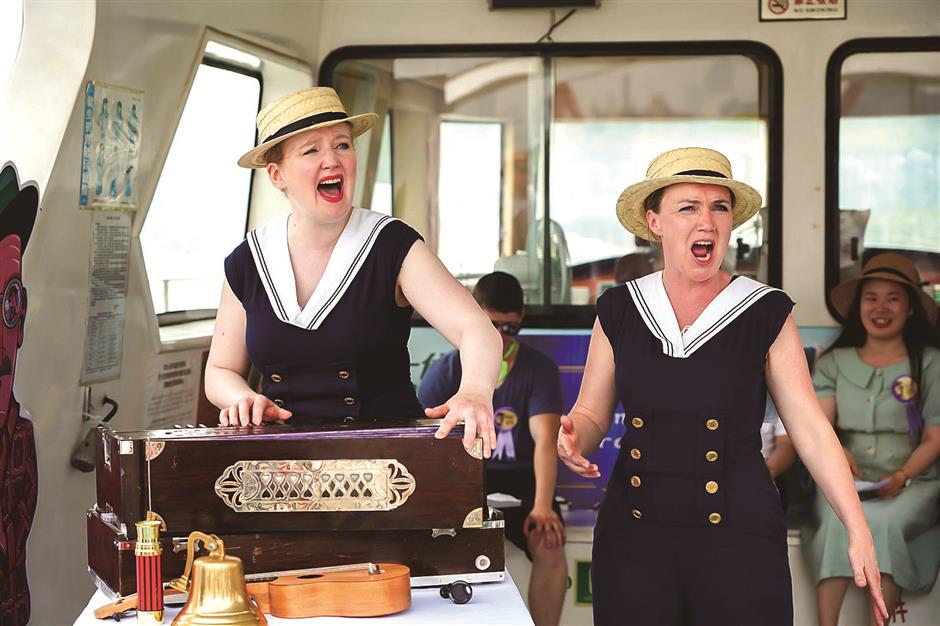 Irish performers Sinead Murphy (left) and Darina Gallagher sing songs and play the music inspired by the works of Irish writer James Joyce during a boat cruise along the Huangpu River on June 16. June 16, also called Bloomsday, is observed annually in Dublin and around the world to commemorate the Irish writer.