Zheng Gang, head of its residents’ committee, said the schedule, which will be implemented for the next three months, was a requirement of the residents.

“We cannot make garbage sorting a trouble for residents,” he said. “Rather, we should make it an easy and comfortable experience.”

As in many other residential complexes, community volunteers stand by the garbage terminal to instruct and help residents sort their garbage, and at Huayuan, for the extra hour at noon, the property management firm steps in.

At this complex, the enforcement of the garbage rules which took effect on Monday was turned into a public service design process.

Unlike many other residential complexes with more than one garbage tank for wet or dry garbage, the wet and dry garbage tanks here at Huayuan not placed separately, but in pairs. Zheng said this is to make garbage dropping easier for residents who most often come with a bag of wet garbage and another of dry garbage. 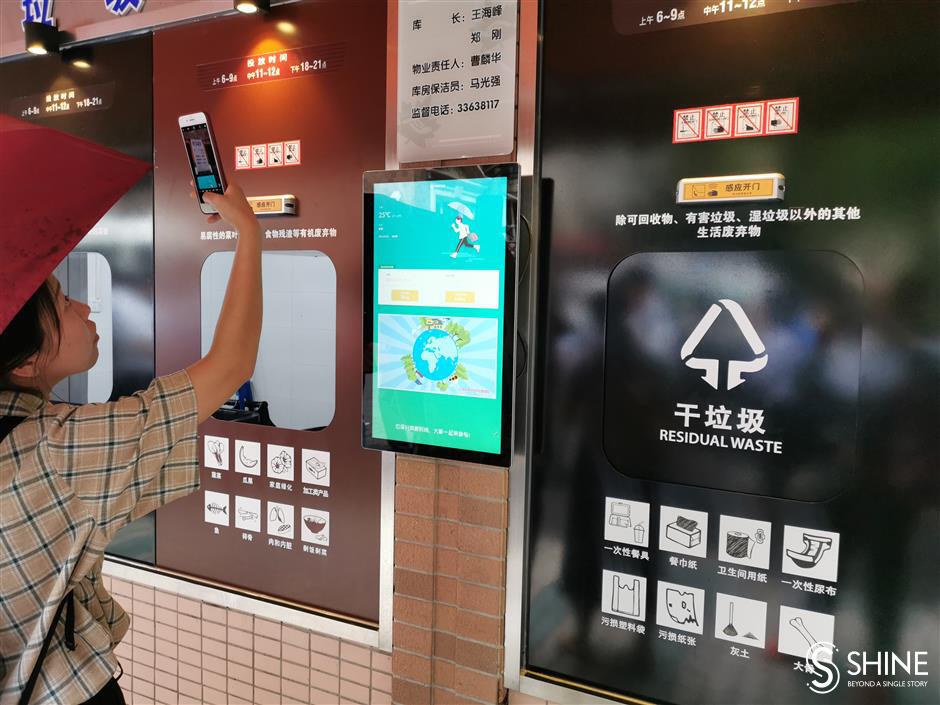 Tanks for wet and dry garbage come in pairs at the Xujiahui Huayuan residential complex.

The complex was one of the stops made by city legislators on Monday who were traveling around the city for feedback about the enforcement of the garbage-sorting regulation.

One of the biggest concerns from the public regarding the garbage rules, the fixed schedule for garbage disposal, has been addressed in different ways.

At Zhongnan residential complex on Zhongshan Road S1 in Huangpu District, the garbage terminal is open to residents only from 7am to 9am and from 5:30pm to 7:30pm, but those who can’t meet the schedule can seek out Rong Xikun, who is responsible for managing the terminal.

Rong, who lives in the complex, said he works from 6am to 10pm every day and can open the garbage terminal for people outside garbage-sorting hours.

“But they mostly drop the garbage during those hours,” he said. “Now I have to work two to three hours more than before, but considering that I no longer need to sort out the garbage in the residents’ stead, my job is made easier.”

Rong said garbage sorting was introduced in the residential complex before the regulation was rolled out, but it was not as well observed back then. 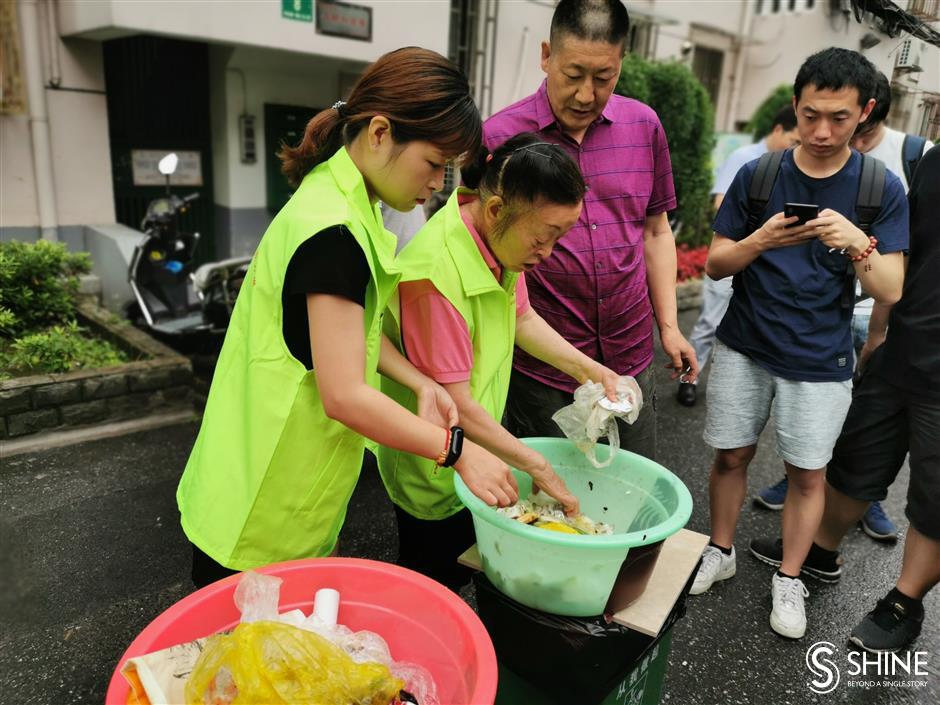 An official surnamed Wu from Huangpu District’s greenery and public sanitation bureau, which is responsible for transporting the garbage from such terminals in residential complexes and elsewhere, said too much extension of garbage-sorting hours could disrupt their job.

“Our district has 1,088 such small garbage terminals, but we have only 35 trucks to transport wet garbage, and the wet waste has to be transported away at the end of a day,” he said. “It’s more than necessary that community officials talk to each household about the rules and coordinate different needs.”