CPC anniversary celebrated on the water 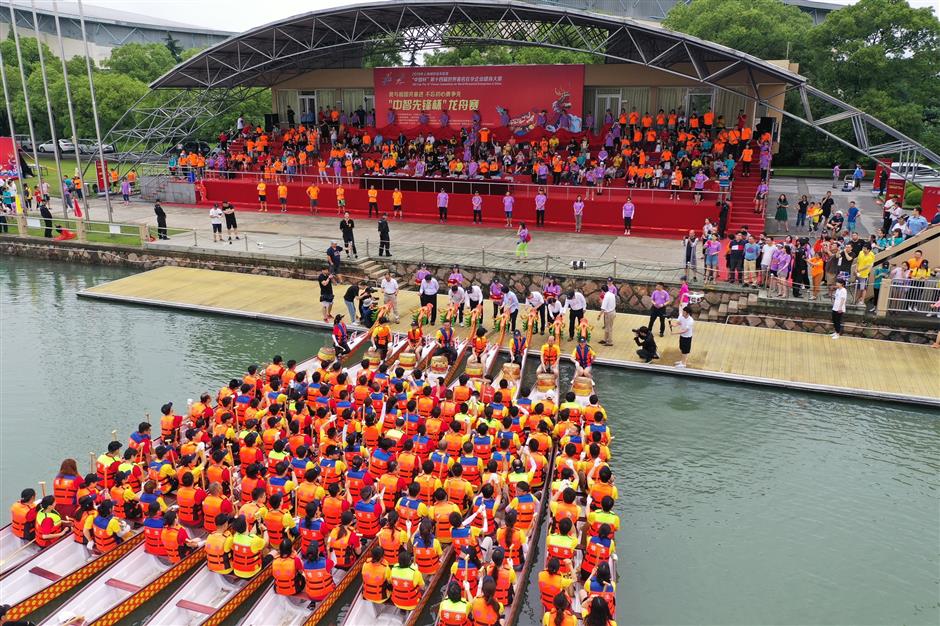 CIIC officials color the eyes of the boats before the competition.

A dragon-boat race was staged as a special “birthday gift” to the Party.

In honor of the 98th anniversary of the Communist Party of China, the 14th CIIC Cup Fitness Competition for World-Renowned Enterprises in China was held at the Shanghai Water Sports Center in Qingpu District with 22 teams competing. 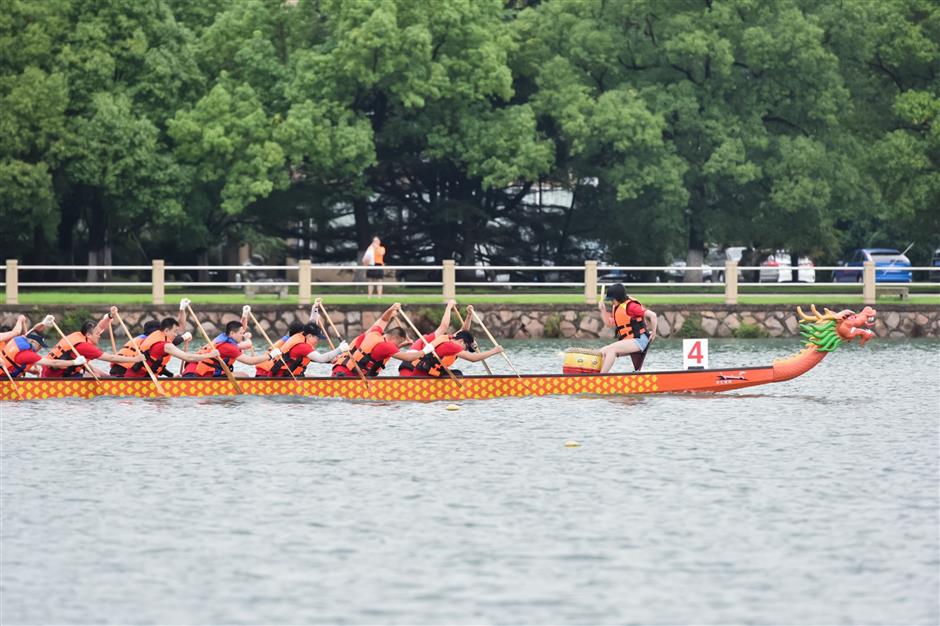 Competitors paddle in the competition. 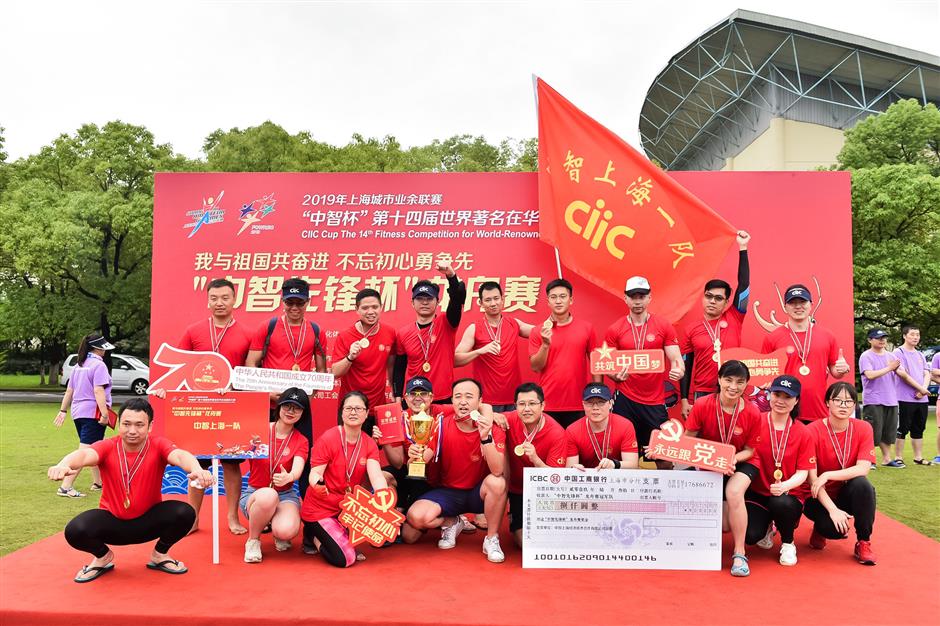 The winners of the boat race