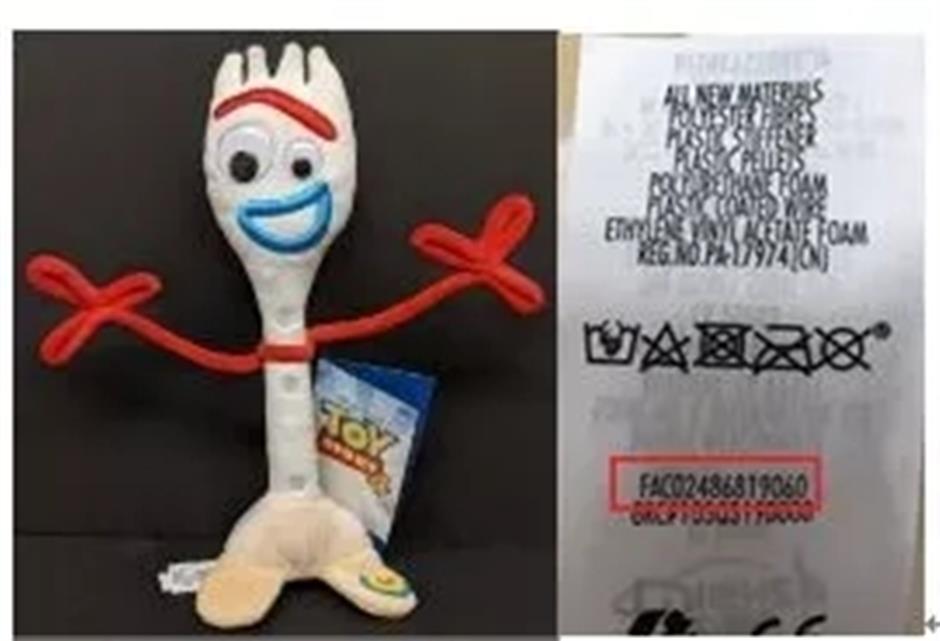 Forky, from the latest Toy Story movie, poses a choking hazard as the plastic eyes can detach.

The Shanghai Disney Resort has recalled more than 600 toys that pose a choking hazard, the city's market watchdog said on Wednesday.

The toy, Forky, is based on a character in "Toy Story 4,” the latest movie in the Toy Story series.

A total of 612 products are being recalled on the Chinese mainland, according to the Shanghai Administration for Market Regulation, which received the recall plan from Shanghai International Theme Park Co Ltd.

The "googly" plastic eyes on the toy can detach, posing a choking hazard to young children, the company said.

Consumers should take the toy from children and call 021-20998070 between 8am and 8pm for a refund, according to a recall notice posted at all stores where the toy was on sale.