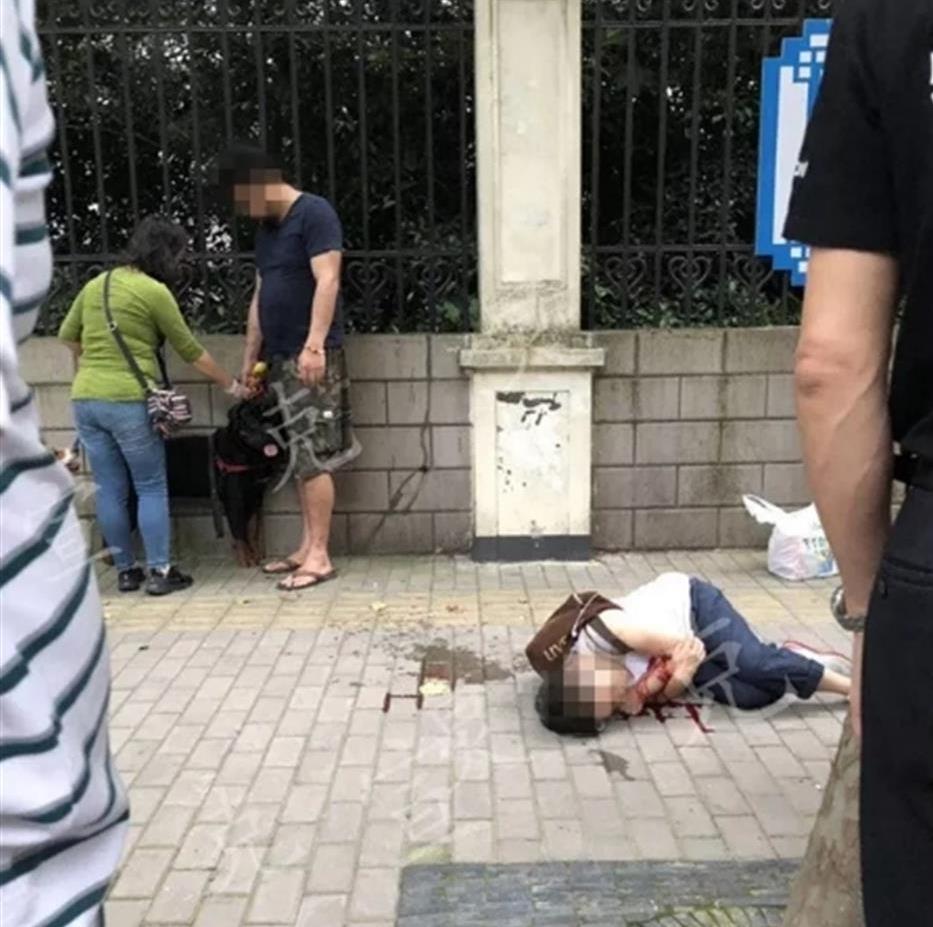 A photograph posted online shows a woman lying on the ground after she was attacked by a Rottweiler in Minhang District last Saturday.

Police confirmed on Wednesday that the dog which attacked and injured a Japanese woman in Minhang District last Saturday was a Rottweiler, a banned breed in Shanghai.

An investigation has begun into how the dog’s owner managed to license the animal. He told local media that his pet was registered as “mixed-breed.”

Rottweilers are among 21 breeds of large dog considered a danger to the public and banned in the city.

Notably, mixed-breeds descended from such dogs are also banned.

To apply for a dog license, the owner needs to go to a pet hospital authorized by the city’s veterinarian authorities, the agricultural commission, to get the pet vaccinated before filing an application with the police.

The breed is stated on the vaccination documents and police don’t require the presence of the dog when accepting applications.

Local pet hospitals confirmed that when they fill in a vaccination form, “mixed-breed” is one of the choices listed.

A staff member at Vet Anan Pet Hospital on Kaixuan Road told Shanghai Daily that pet dogs can get vaccinated only after 3 months old, and it should be clear what breed a dog is at that age.

“But it’s not always the case because it’s really hard to tell the origin of some mixed-breed dogs sometimes,” she said.

At the Bonbon pet hospital on Fahuazhen Road, a staff member said it determines the breed of a dog in mixed-breed cases based on its “stronger features.”

“The pet owner fills out the vaccination form first and then we will check,” she said. “In most cases the breed of a dog is obvious.”

She added that the hospital vaccinates all kinds of dogs, but doesn't have the right to decide which one to give licence.

Local media reported that the Minhang District animal disease prevention and control center, the institution under the agricultural commission which supervises pet vaccination, has begun an investigation into the pet hospital which filled out the vaccination form for the owner in the Minhang case.

As of Wednesday evening, the agricultural commission was not available for comment.

Police said that after the Minhang incident, the Rottweiler was taken away and is now in a shelter.

They reminded owners that large dogs are required to wear muzzles in public.