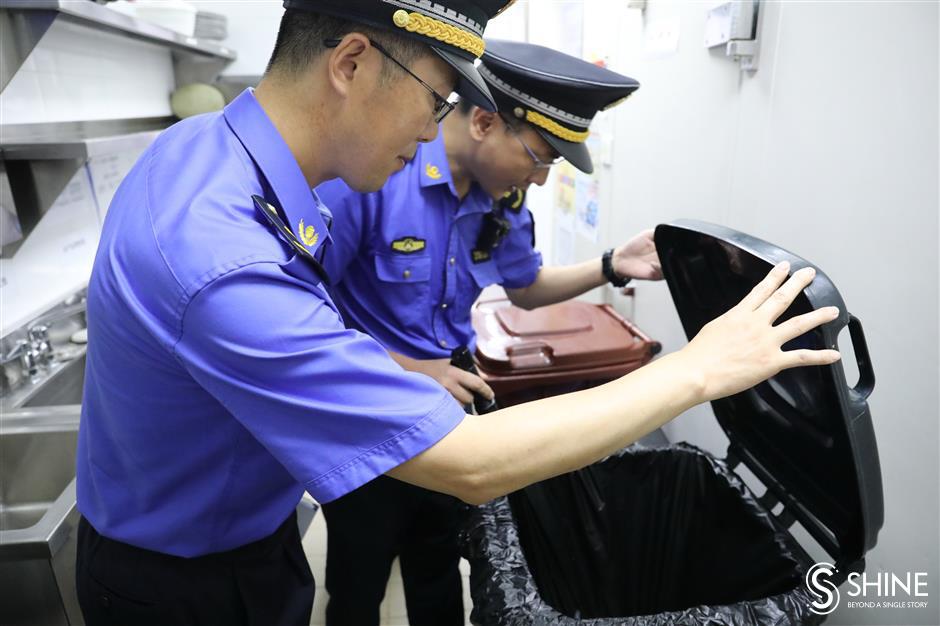 Businesses that were issued rectification notices on July 1, the first day of domestic garbage regulations, have made improvements.

The Teppanyaki Xiang, a restaurant in CapitaLand Hongkou Plaza in Hongkou District, was warned after failing to have the right trash bins with the right signs on them. On Thursday, four bins for wet, dry, recyclable and hazardous trash were in place at the restaurant.

Chain restaurant Chamate which lacked a bin for hazardous waste had a new bin in place on Thursday with a battery inside.

The Guangzhong Subdistrict urban management team covers about 800 eateries and 200 are in the mall. Since July 1, the team has issued more than 70 rectification notices and made 17 fines.

Each inspector has a recorder which captures the whole process.

"Mixed dumping and failure to install the right bins are the main problems so far," said Zhang Liming, with the team.

"We return every week to units where irregularities were found, with random inspections of key businesses," said Zhang.

"Those who have been fined will be fined again by a more hefty amount if they fail to follow our orders," he said.

Around 200 businesses were fined or warned in the first week of the new regulations. Shopping malls and companies were worst, followed by residential complexes. Hospitals, schools and government authorities performed best. Public areas with big footfall also needed to improve, the city urban management bureau said.

The next targets for urban managers will be garbage-sorting containers and transportation of garbage. 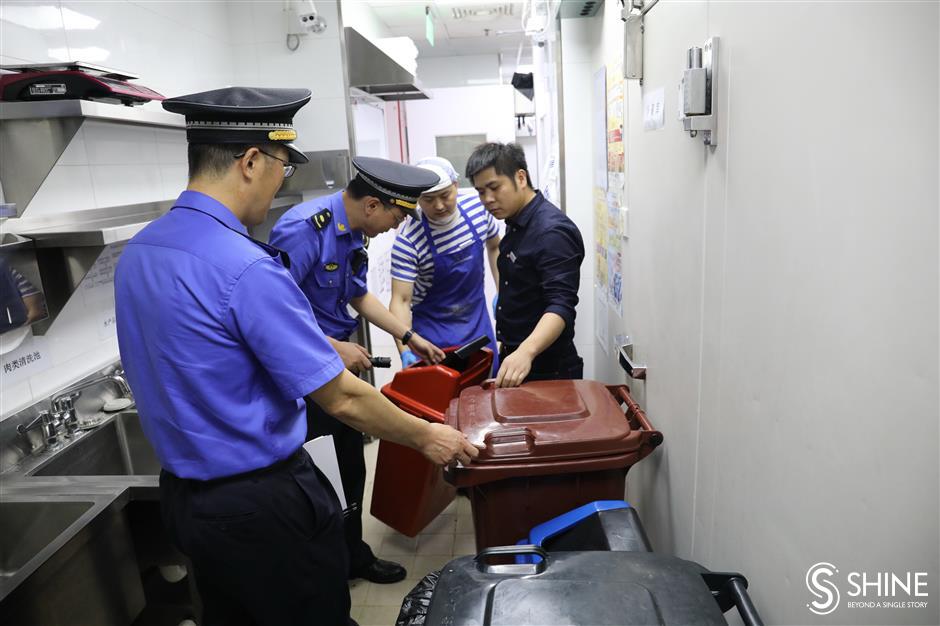