Family members of overseas Chinese organized a team of volunteers at a local community to tell neighbors their experience of garbage sorting abroad.

Around 20 of its members at Ganquan Road Subdistrict in Putuo District once lived overseas with their children and had developed garbage-sorting habits in nations such as Japan, the United States and Europe.

Their tasks include guiding residents to correctly classify waste and patrolling the communities to rectify wrongdoings.

Xiao Hua, vice chairwoman of the overseas Chinese federation of the Ganquan community, is just back from Japan where her daughter has lived for more than 30 years.

"An important garbage-sorting experience in Japan is the collection procedure and category have been marked on the wrapping of each product," said Xiao. She served as a garbage-sorting volunteer in 2014 when the city's green account scheme was launched and promoted across local communities.

"Most residents refused to cooperate at the beginning, but an increasing number of them have been able to correctly sort the waste," she added. 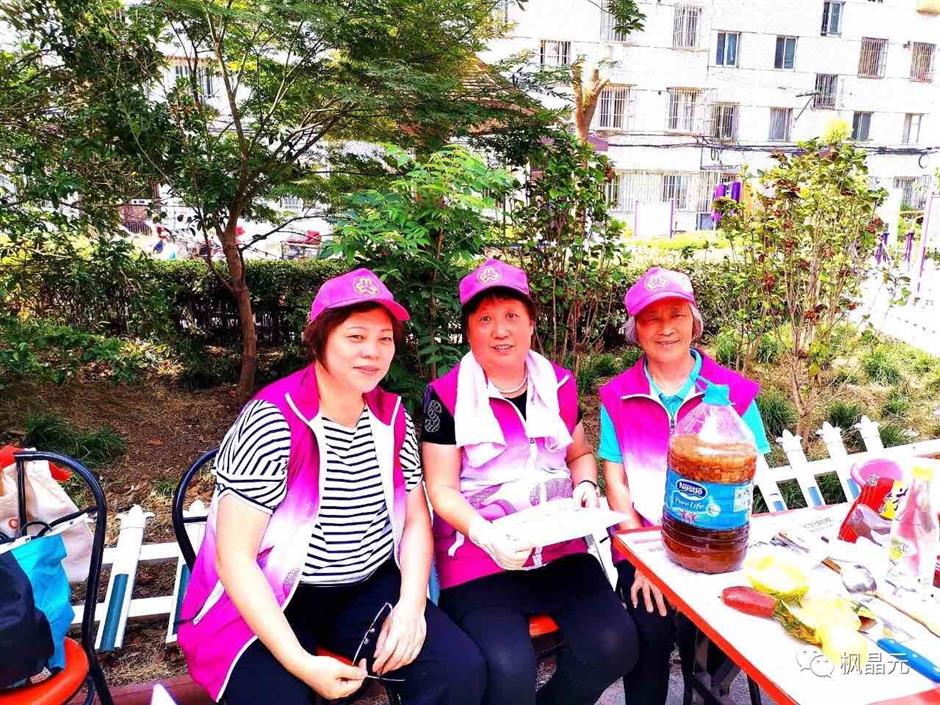 Fan Yuzhi, 69, whose son lives in New York, has joined Xiao in the volunteer team. Fan told her neighbors that New York has even stricter garbage-sorting regulations than Shanghai. Paper, metal, glass and plastic must be classified with unrecyclable waste.

Fan now guides residents at the Zichang neighborhood between 7am and 8am as well as 6pm and 7pm every day beside the trash station. She also teaches and encourages residents to make fruit peel into detergent to reduce kitchen waste.

Zhang Meixian, 83, whose son has lived in Australia for 20 years, is the oldest member of the volunteer team. She told her neighbors that the Sydney government promotes garbage sorting at kindergartens. Teachers will take students to visit the garbage collection centers to learn how to classify waste, Zhang said.

"I believe Shanghai residents can conduct garbage sorting as good as those foreign cities," Zhang said.

The volunteer team of overseas Chinese family members originated from a book club at the Zichang community, said Xiao. Children of the elderly live abroad, so they organized the reading salon to relieve loneliness. When the city's garbage-sorting regulation took effect on July 1, they established the team to promote green habits that they had experienced abroad, Xiao said. 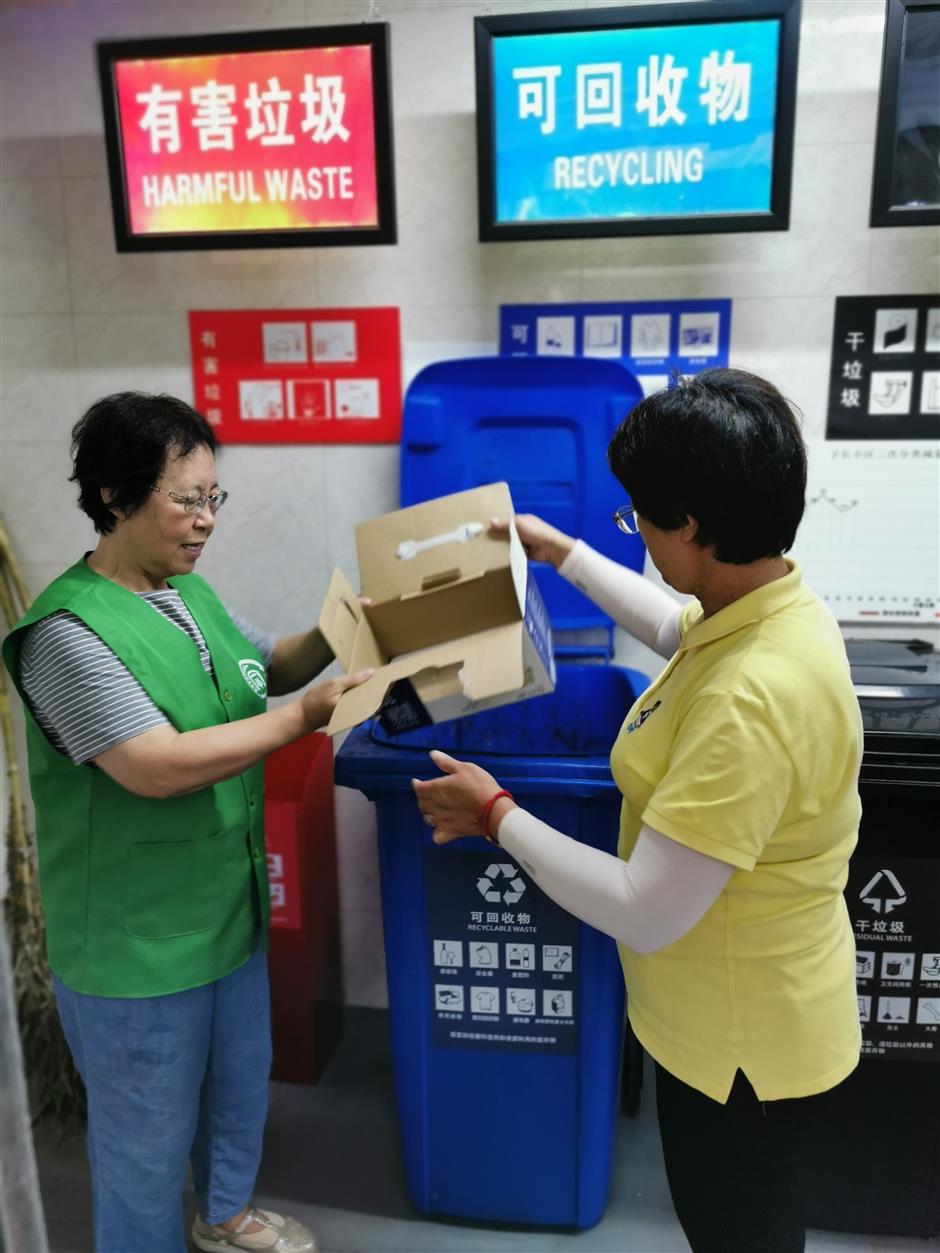