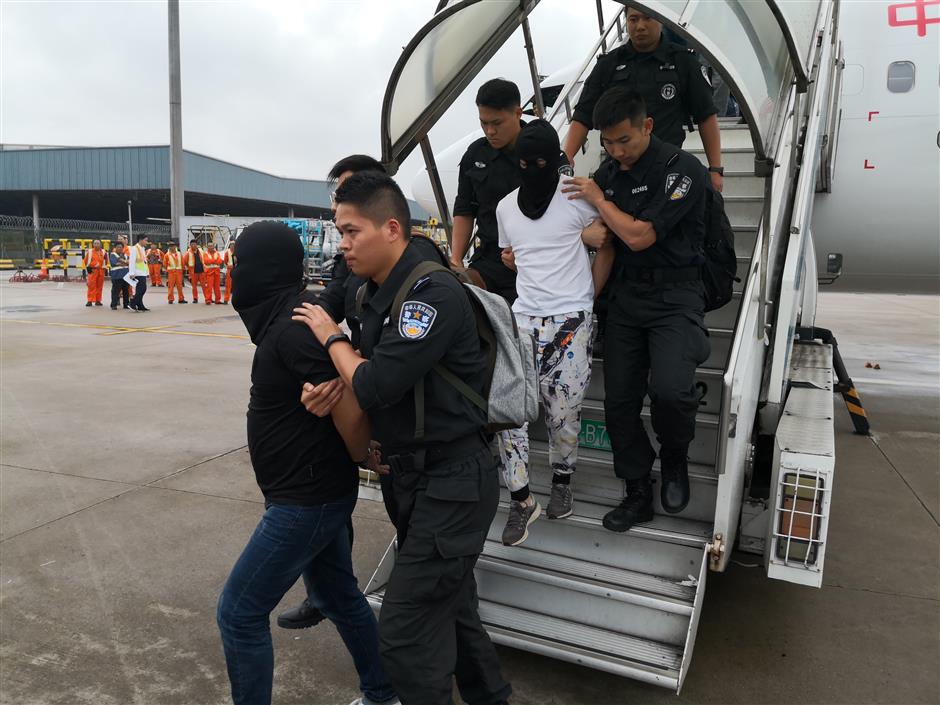 Four suspects in a loan fraud were flown back from a Southeast Asian country to Shanghai on Friday noon.

Police in Chongming District received several reports since last year that a gang led by a man surnamed Song illegally detained and harassed people who were defrauded by them and owed them a huge amount of money.

One of the victims was an once-held prisoner for over 20 days, according to the police.

Police found that the gang organized gambling and as the gamblers got deep in debt, they defrauded them through various means aiming to take possession of the victims’ real estate.

Just as the police were ready to round up the gang, four of its members including Song fled to a Southeast Asian country, where they were recently caught.

Investigation is still underway with over 10 members of the gang having been detained so far, police said.