Shanghai Party Secretary Li Qiang met a delegation of European Economic and Social Committee, headed by its president Luca Jahier, which is attending the 17th Meeting of the China-EU Round Table, in Shanghai yesterday.

Openness, innovation and inclusive are the characteristics of Shanghai, Li told the guests. Big data and digital economy, one of the themes of round table, is one of the key development areas for Shanghai as well, and the city hopes experts and scholars from China and Europe can make more contributions to the development and transformation of the economy, he added.

Jahier lauded the development of Shanghai as impressive and said that the European committee hopes to deepen cooperation and exchanges in all areas in order to stick to and push forward multilateralism. 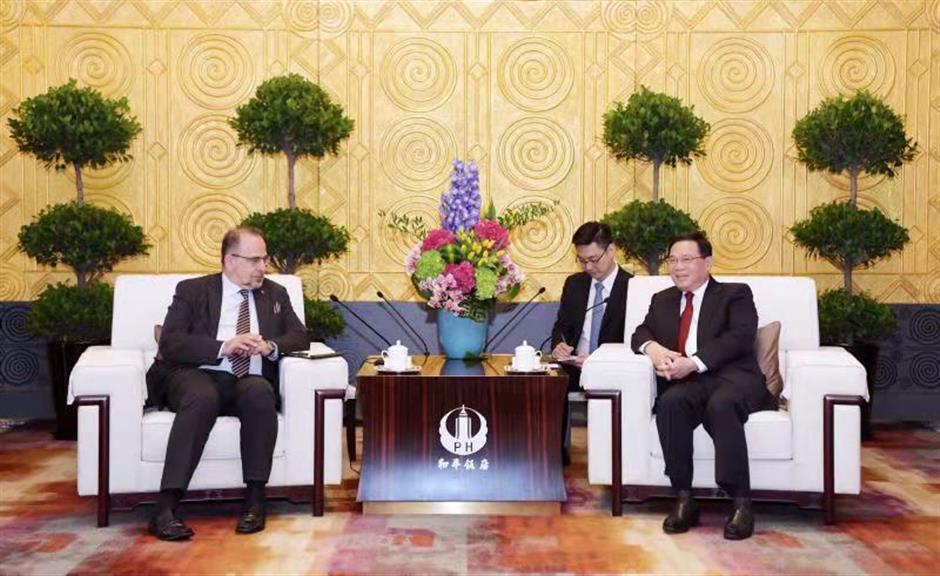