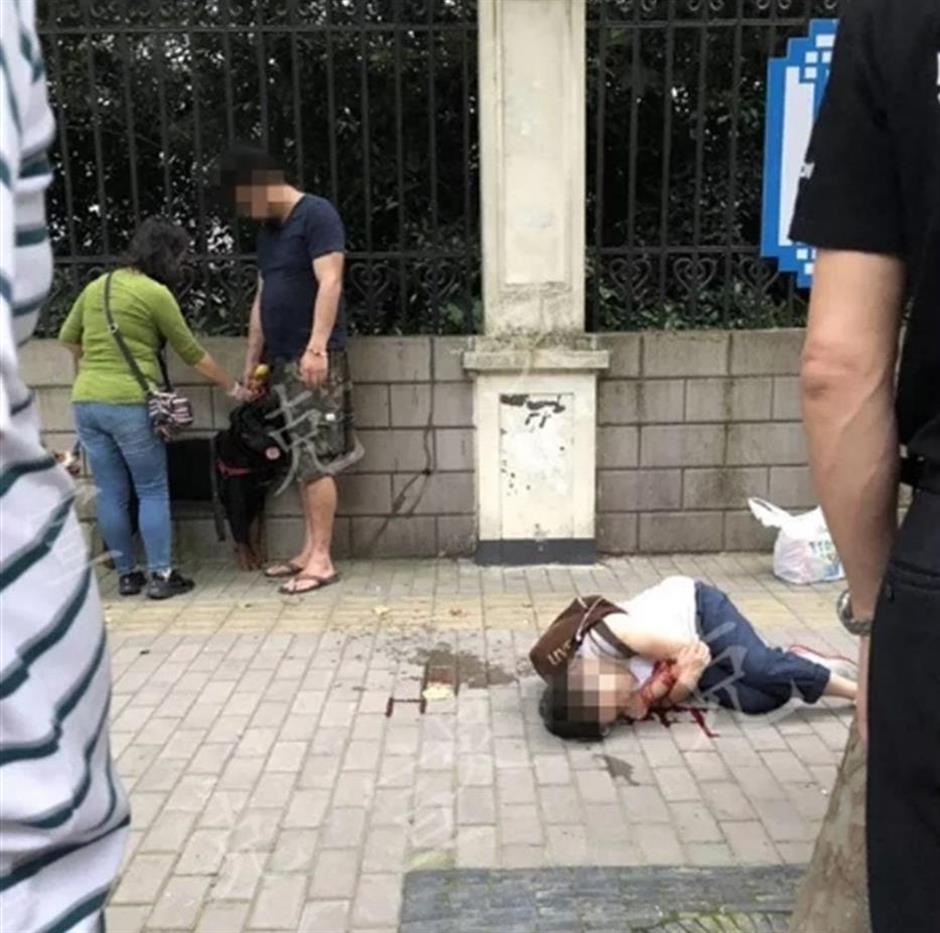 The dog that attacked and injured a Japanese woman last Saturday was registered, authorities said on Friday.

The pet dog was part Rottweiler and was registered as “mixed-breed”, said a commission of agriculture and rural affairs statement.

The Rottweiler is among the 21 dog breeds banned as family pets in Shanghai, along with dogs with blood of those breeds.

But, Shanghai Daily wrote earlier this week that in administrative procedures pet dogs identified as “mixed-breed” are given a green light in being raised in families.

Previously the police said that the dog was a Rottweiler.

The dog was vaccinated at a pet clinic called “Hehe” and registered at the same time on April 13 last year, according to the commission.

The dog was vaccinated at another pet clinic in Minhang District called “Hehui” on April 10 this year, but since that clinic is not authorized to register dogs, it was registered on April 22 at another clinic called “Fela”, the commission said.

The dog has been taken away from its owner, who has been fined 200 yuan (US$29) for not muzzling the dog when walking it in public, according to the police.

The commission said the incident is still being dealt with by Minhang District police and the district commission of agriculture and rural affairs.