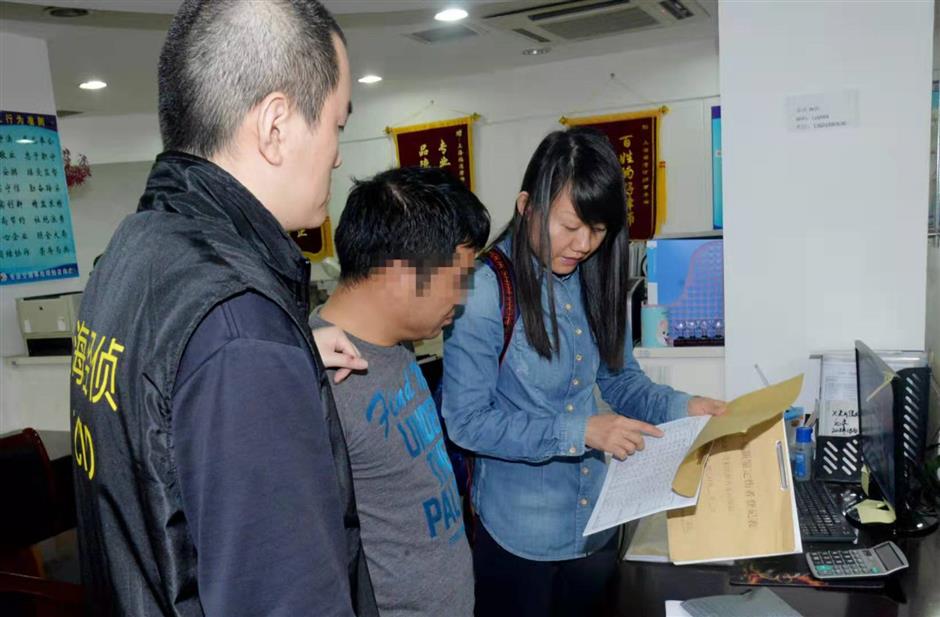 Police raid one of the gangs' office. 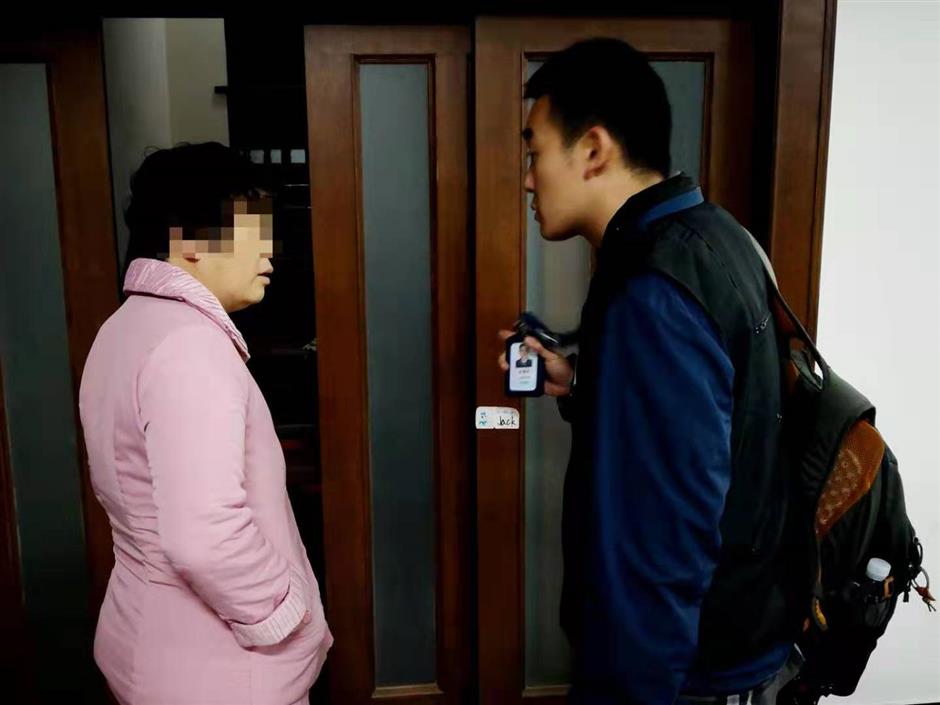 A police officer talks to a suspect.

A total of 125 suspects have been caught for allegedly rigging injury and disability reports of people who suffered traffic accidents and claiming high compensation in court from insurance companies, Shanghai police said on Monday.

The suspects, in 12 gangs, have allegedly claimed about 100 million yuan (US$15 million) of compensation since 2014.

The suspects sought clients outside hospitals and signed agreements with them either to divide the eventual compensation or to offer them a one-off payment and take all the compensation themselves, police said.

In many cases, the clients trusted the suspects because they were not familiar with the procedures and the suspects falsely claimed to be lawyers.

In one case in 2015, a woman, Wang, who had fractured her pelvis in a car accident got 25,000 yuan from a suspect who then received 120,000 yuan by suing the person who caused the accident and the insurance company without Wang’s knowledge, police said.

The suspects were rounded up on March 29 and May 29 this year, and the private injury and disability assessment companies involved have been suspended.

In 2018, after an inspection of 52 such assessment companies and 720 professionals employed there, the justice bureau closed 33 of them and annulled the qualifications of 93 professionals.

Last year, the number of court cases involving people disabled was down 4.3 percent from 2017, and 2.3 billion yuan was paid to people injured in traffic accidents, down over 86 million yuan from 2017, according to the justice bureau.