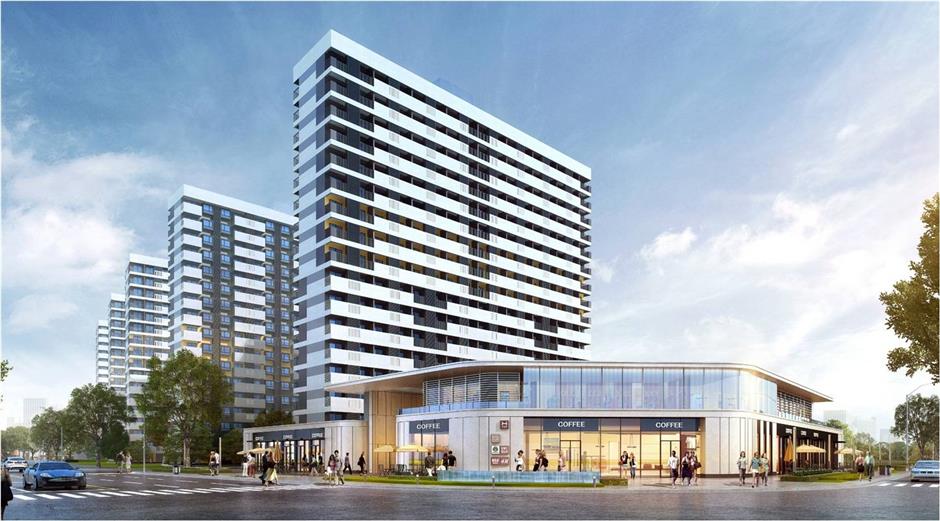 North of Sibo Road in Sijing Town of Songjiang District is a busy construction site these days, with piledrivers at work. This rental housing project is the first in Shanghai to use collectively owned rural land. When completed in 2021, the site will have 825 suites of rental apartments.

Songjiang is one of the 33 pilot regions nationwide for the market entry of rural collective-owned land approved by the National People’s Congress.

The plot between Chadai River and Sibo Road covers 20,200 square meters and should support the construction of 40,300 square meters of floor area. Youtha, an apartment rental brand under China Resources Land, won the bidding for the plot.

The apartments, which will go through refined decoration and have all the furniture and home appliances, will cater to young people who have relatively higher demands of quality lifestyle,” said Youtha’s east China head.

China’s former Ministry of Land and Resources and Ministry of Housing and Urban-Rural Development issued plans in 2017 to launch rental housing projects using collective land in 13 cities including Shanghai, Beijing, Guangzhou and Chengdu.

Songjiang has five such projects, two in Sijing Town and the others in Chedun, Xiaokunshan and Jiuting towns.

To use collective land for rental housing can relieve the housing shortage and provide accommodation for G60 High-Tech Corridor talent, and at the same time drive rural economic revitalization, according to the district’s housing management bureau.