Yin Yicui, chairwoman of the Standing Committee of the Shanghai People’s Congress, the city’s legislative body, met Job Yustino Ndugai, speaker of the National Assembly of Tanzania, at the People’s Building in Shanghai yesterday.

The friendship between China and Tanzania has a long history and has made great progress under the “Belt and Road” Initiative, especially in the economic and trade field, Yin said. The two countries have close exchanges in higher education. The first workstation of East China Normal University in Africa is located on the University of Dar es Salaam campus in Tanzania. Tanzania’s active participation in the Shanghai World Expo and the 1st China International Import Expo was impressive, Yin added.

Shanghai is a window of China, which reflects the tremendous achievements made in the 40 years of reform and opening up, Yin noted, adding: “I believe that the delegation’s visit will further enhance the friendship between Shanghai and Tanzania and look forward to expanding the exchanges and cooperation between the two sides in more fields.” 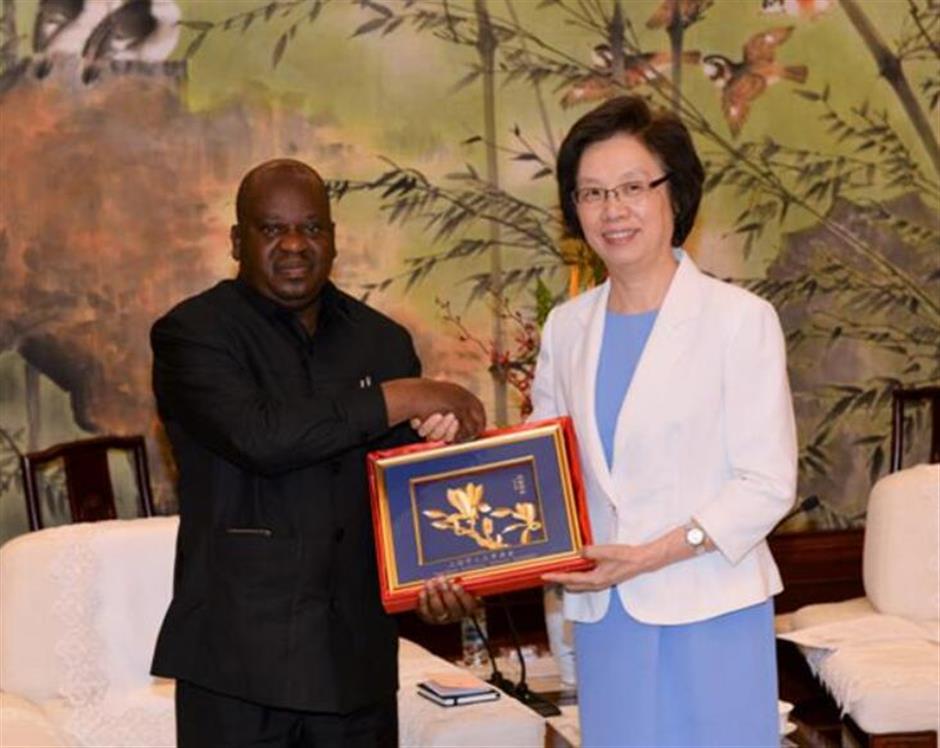 Yin Yicui, chairwoman of the Standing Committee of the Shanghai People’s Congress, poses for a picture with Job Yustino Ndugai, speaker of the National Assembly of Tanzania.