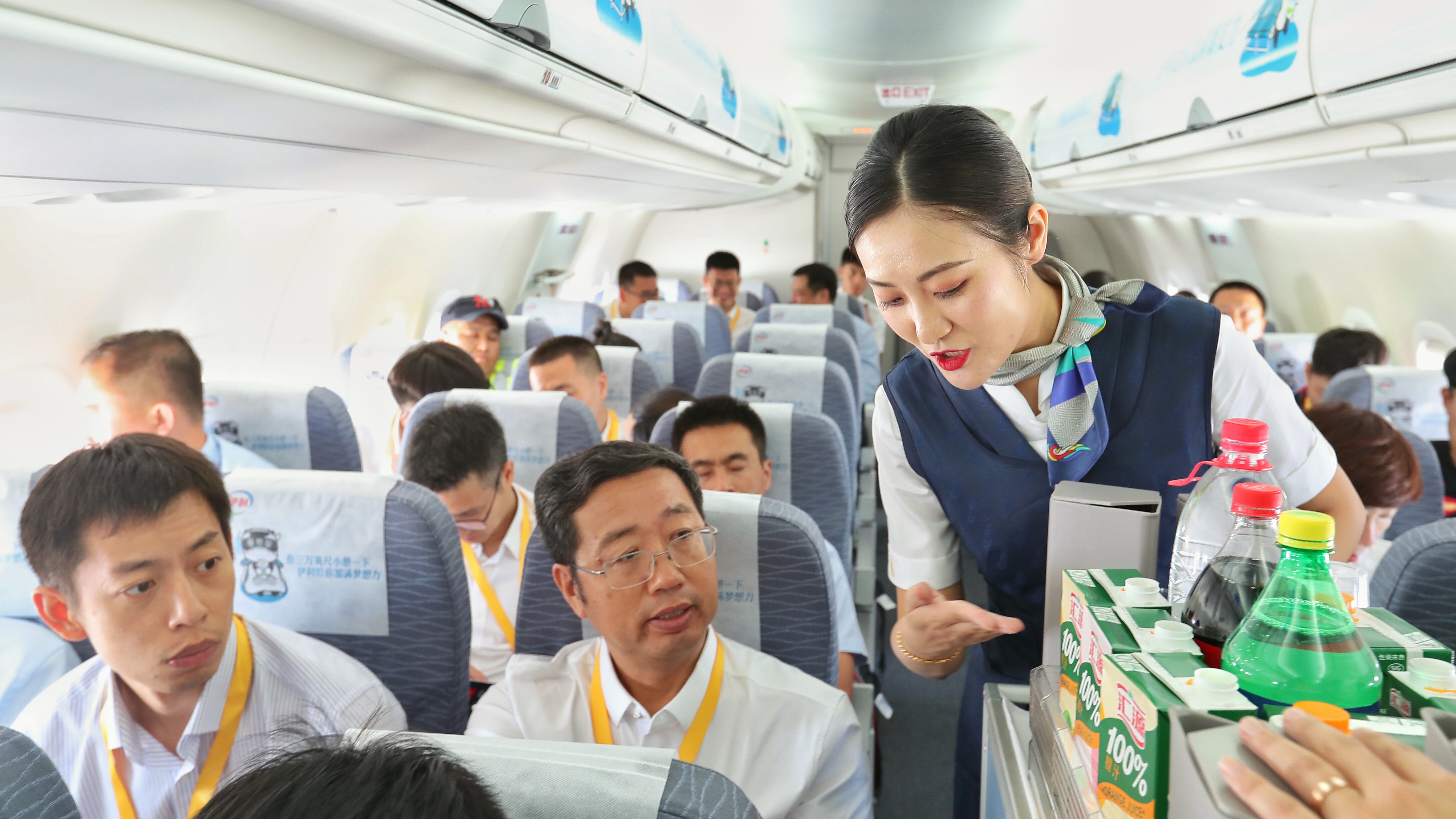 The first ARJ21 with the new carrier based in the Inner Mongolia Autonomous Region took off from Hohhot Baita International Airport and landed at Ulanhot.

The carrier, approved by the Civil Aviation Administration of China in March 2018, plans to operate with a wholly domestically developed fleet. It took delivery of its first ARJ21 in Shanghai in February and received the second jet in June.

The airline plans to purchase a total of 25 ARJ21s within five years and will begin receiving the C919, China's first home-developed narrow-body jet, after that. It plans to operate 60 routes among 40 destinations mainly within Inner Mongolia.

The ARJ21 regional jet, with eight premier and 70 economy-class seats, is suitable for the high terrain of Inner Mongolia.

Currently, the jet’s sole operator, Chengdu Airlines, operates 11 ARJ21s to over 20 Chinese cities. The ARJ21 fleet has caarried some 400,000 passengers since it started commercial operation in June 2016.

Urumqi Air will become the third operator of the ARJ21. The carrier, which is based in the Xinjiang Uygur Autonomous Region, said the aircraft is suitable for the low temperatures and elevated terrain of northwest China.

The multiple operators will help to further improve the design of the jet, according to the Commercial Aircraft Corporation of China, developer of the ARJ21 and C919.

More than 100 ARJ21s will be delivered in the next five years to challenge the domination of the Bombardier and Embraer in regional services, COMAC said.