Scientific experts look at the future of our cities 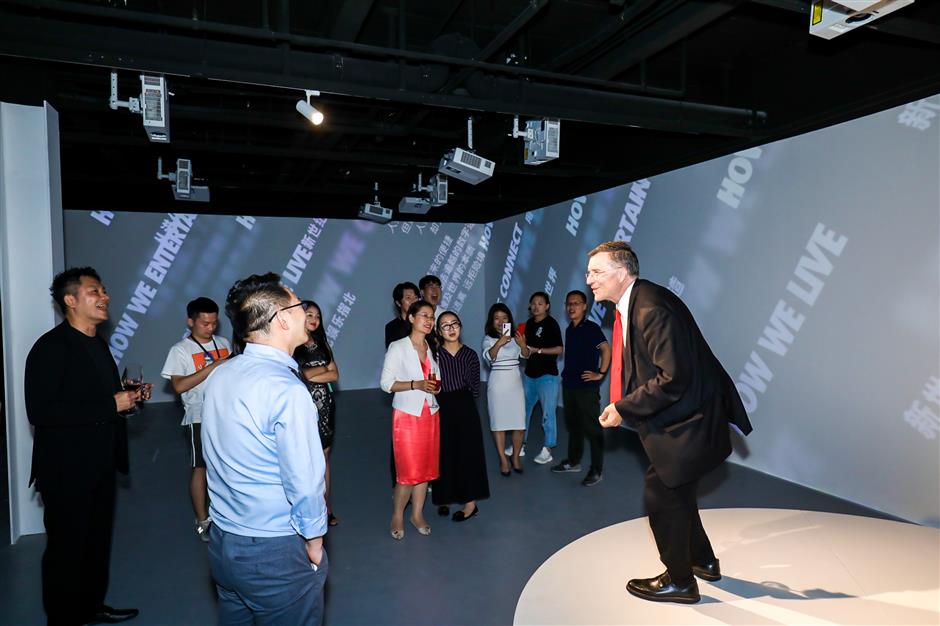 Terrence Sejnowski (right), a world-leading AI scientist and a member of the US National Academy of Sciences, interacts with audience members and other experts at the 2019 Future Conference in Yangpu District.

Some of the world's leading scientists, entrepreneurs and artists offered their vision of future technology, life and entertainment at two of the city's former industrial heritage sites in Yangpu District over the weekend.

The 2019 Future Conference, hosted by Zaojiu Talk —— the Chinese equivalent of TED —— invited Terrence Sejnowski, a member of the US National Academy of Sciences, Stephen Goldsmith, former deputy mayor of New York City, and other experts from both home and abroad.

The scientists and experts also shared 100 questions about the future, such as when human beings can live on the Mars and travel freely across the solar system and which professions will disappear in the next decade.

These questions are expected to encourage scientists to research them and the answers will be shared at next year's conference.

Sejnowski, one of the world's leading scientists on artificial intelligence, said AI will actually create jobs rather than put people out of work.

The automated driving industry, for instance, will need road traffic controllers and data cleaners to ensure safety, he said. 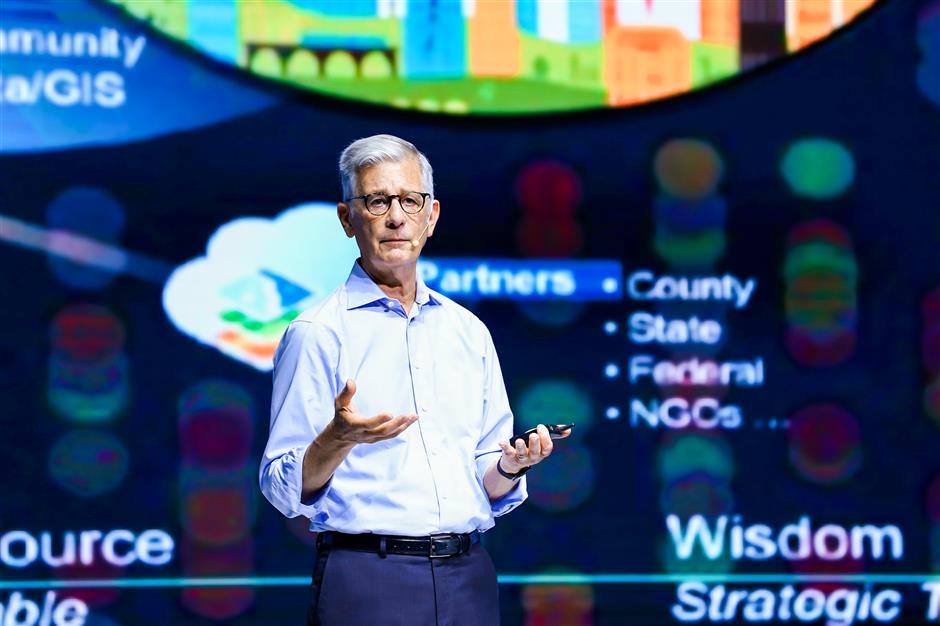 Stephen Goldsmith, former deputy mayor of New York, shares his vision on future cities and governance at the 2019 Future Conference in Yangpu District.

Goldsmith shared his prediction on the government of future smart cities. All the government departments are expected to be connected and integrated to better focus on the demands of citizens, he said.

Entrepreneurs of the city's leading startups on automobile, education, film and Internet discussed the industrial trends. Gu Feng, cofounder and CEO of AIWAYS Auto, said the vehicle design and manufacturing circle is expected to be shortened to within a year with digitalized and intelligent process.

Yangpu, which was home to China's first water, gas, power, watch and bike factories, aims to attract more young entrepreneurs to start business in the district with the future conference, according to the district government.

The B-link park was the former site of the Baosteel Shanghai No. 2 Company and known as the cradle of China's industrial wires. Production was suspended in 2010 when the Yangpu government and Baosteel Group jointly preserved the site and developed it into an innovation park in 2017 mainly for entrepreneurship.

The former cotton mill at the Changyang Campus was built by Japanese businessmen in 1920 and bought by the China cotton mill machine manufacturing company before it closed around 2000. It was renovated into the innovation park in 2014. 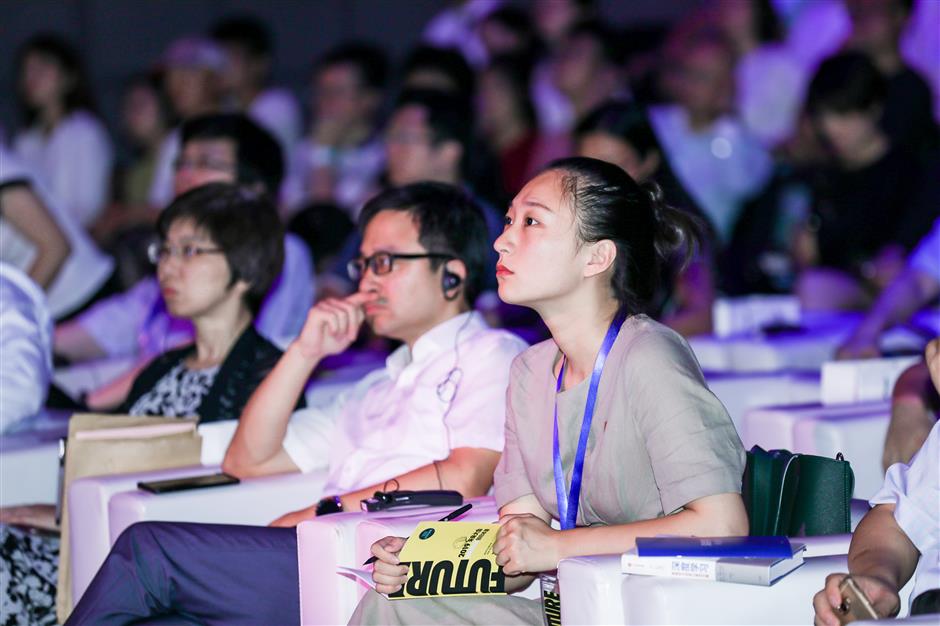 Hundreds of people attend the 2019 Future Conference in Yangpu District over the weekend. 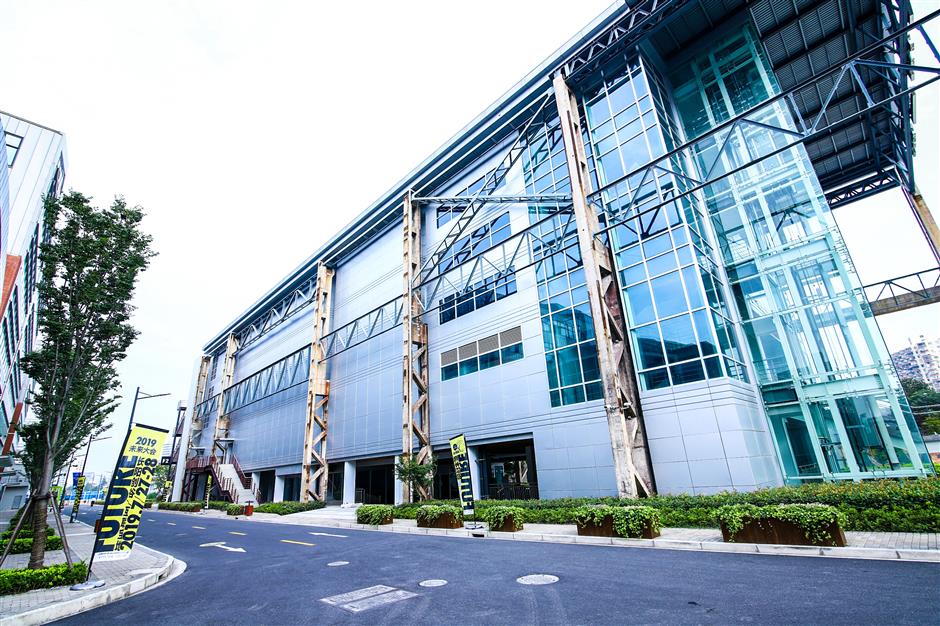 The B-link innovation park, where the 2019 Future Conference is held, is renovated from the former site of the Baosteel Shanghai No. 2 Company and was once known as the cradle of China's industry.