A program offering free checks for cataracts and treatment for Tibetans screened 300 people and carried out surgery on 121, according to the Shanghai Xinshijie Eye Hospital.

Organized by Shanghai Foundation for Disabled Persons, Shanghai Senior Citizens Foundation and Xinshijie, the team went to Shigatse for a one-week program, which ended on Tuesday.

Due to anoxia in high altitudes and strong ultraviolet radiation, there is a high incidence of cataracts in Tibet.

Local people usually suffer cataracts at the age of 40s and 50s, about five to 10 years earlier than people in other regions. Most don’t receive timely treatment and surgery because of poor medical conditions, doctors from Xinshijie said.

The hospital has begun to give free training for Tibetan doctors in cities such as Shanghai and Qingdao. 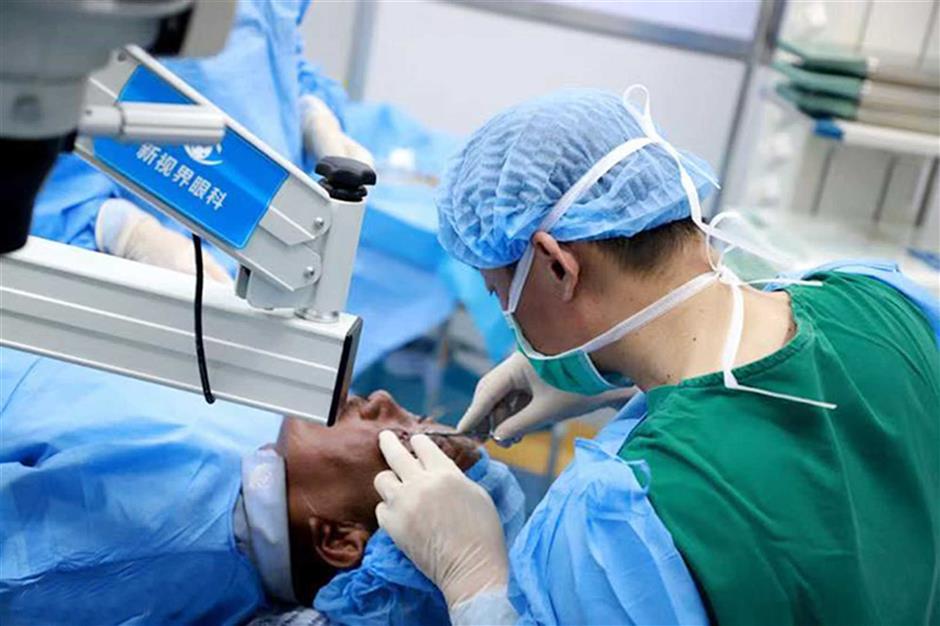