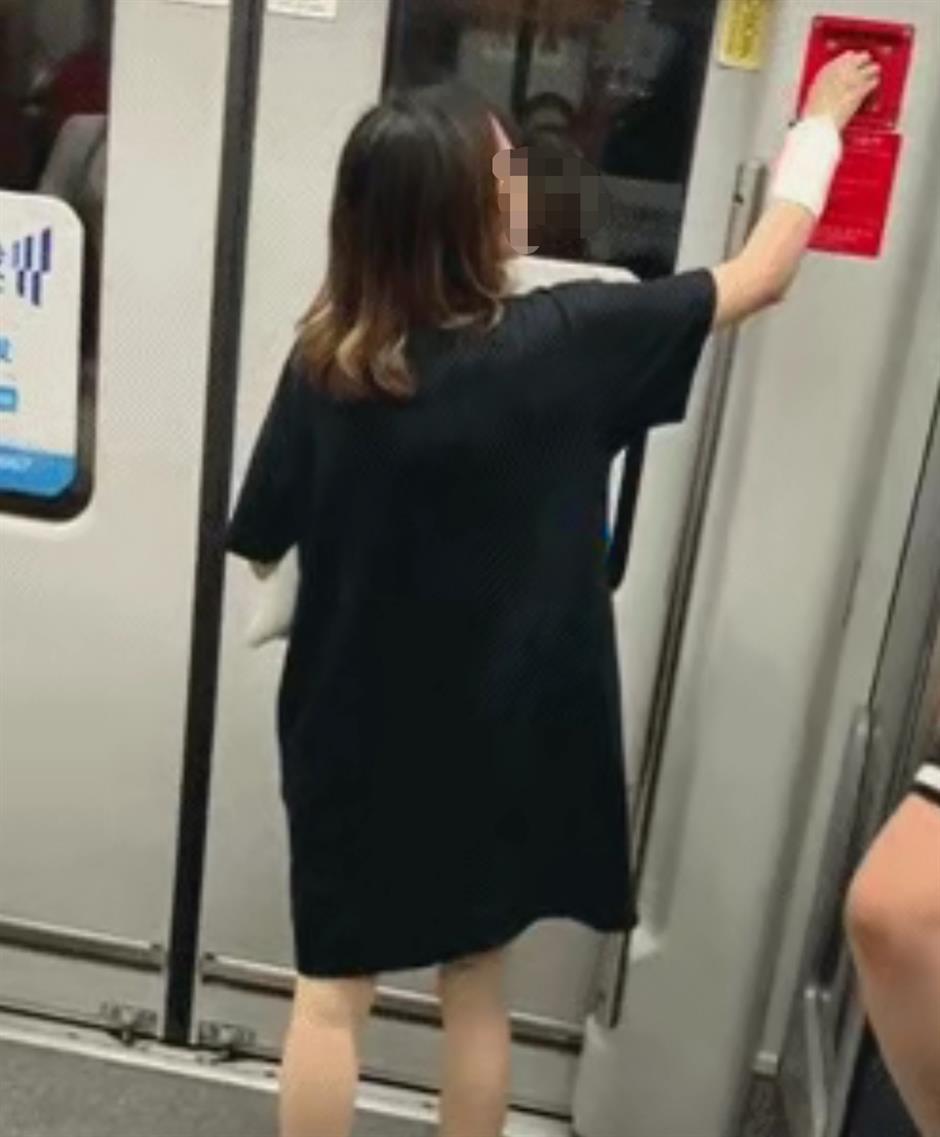 A video of the woman pulling the emergency handle is posted online, sparking a police investigation.

A woman who pulled the emergency handle on a Metro train last Friday evening was suffering from mental illness, police said on Tuesday.

A video of the woman passenger hitting the door of a Metro carriage with her mobile phone and then pulling the emergency handle was posted online last Sunday.

Police launched an investigation and with the help of surveillance camera footage tracked the 21-year-old woman surnamed Wang to her residential complex on Monday evening.

The Metro incident followed an argument on the train with her boyfriend, police said.

Wang, who has a history of mental illness, has been admitted to the Shanghai Mental Health Center, they added.