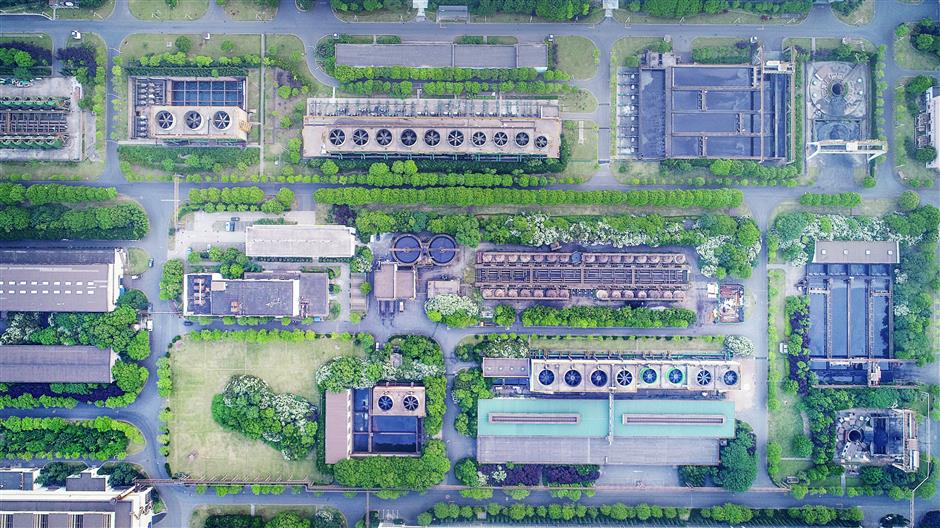 An aerial view of the Baosteel factory buildings in Baoshan District

The site of the city’s iron and steel industry is to become a “smart city” featuring scientific innovation, business and tourism after production stopped in most of its plants.

The Wusong area in Baoshan District, known as the cradle of China’s modern industry, was home to the renowned Baosteel Group and over 300 other metal refinery and chemical engineering plants dating back to the 1930s.

Work will start on the first batch of seven projects on Wednesday to turn the former stainless and special steel production lines of Baosteel into three innovation parks for international arts, scientific innovation and entrepreneurship.

The 7.4-square-kilometer area was once home to the city's earliest iron-steel plants — the No. 1 and No. 5 Shanghai Steel Factory — and later became the core production base of Baosteel.

The redevelopment projects include renovation of the L-shape special steel workshop, Baoshan hostel, a former steelmaking headquarters in Luojing Town and newly built homes for rent to accommodate employees and professionals working at the smart city in future, Gu said.

The L-shape special steel workshop built in 1960 on Baoyang and Tongji roads will be converted into an office building and scientific research lab with preserved industrial relics. A cloud computing center for the aerospace industry and a new energy firm will be based in the structure.

The 25,000-square-meter workshop will be protected and expanded into double its existing size. Factory houses in the surrounding region will become offices, research centers, exhibition halls and other support facilities.

“These opening projects will send a message that the former steelmaking base is willing to open its gate to welcome designers and architects to help transform the site,” Gu told a press conference on Tuesday.

The first batch of projects will become demonstration areas for the transformation of the region, which is expected to take about 15 years, said Lu Jigang, Party secretary of Baoshan's development and reform commission.

The future Wusong Smart City will have a park at its core along with a business center in the Yanghang area and a cultural center on the waterfront of the Yangtze River, according to the blueprint.

The riverside regions of the Huangpu and Wenzaobang rivers will be developed for sightseeing and recreation. 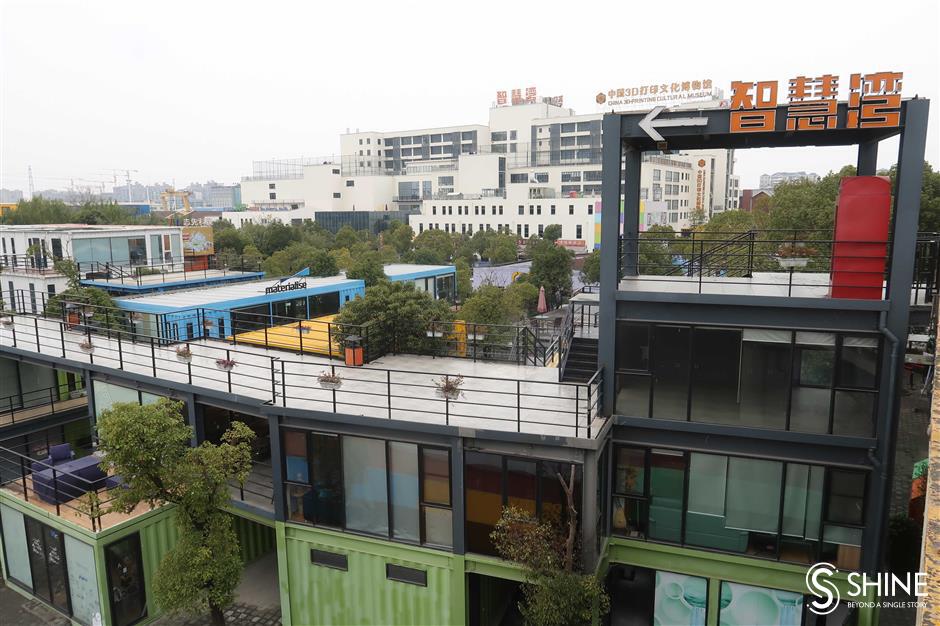 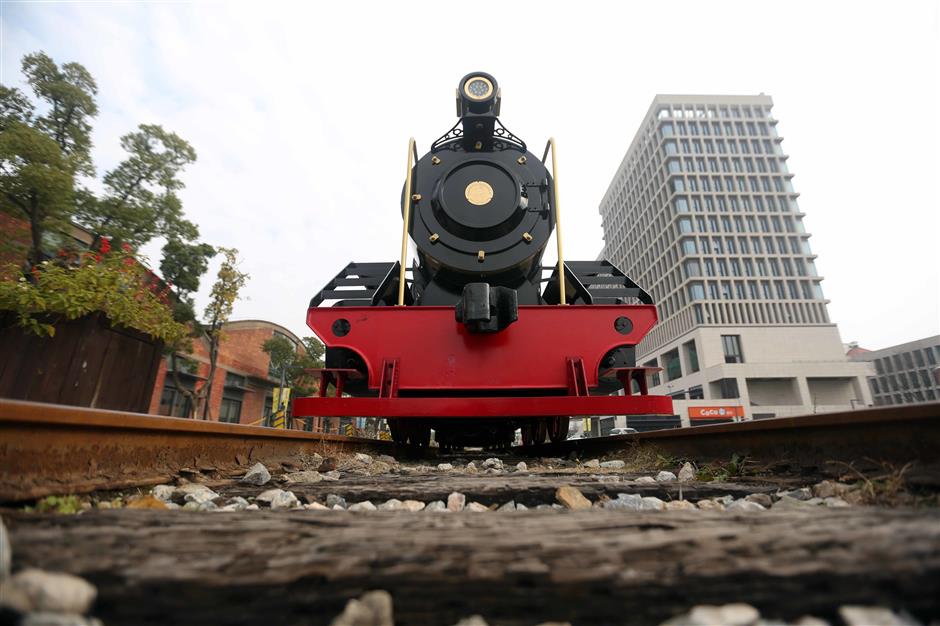 The remaining rail section of the Songhu Railway runs across the Elite Valley park, renovated from a former warehouse in Baoshan. The railway once stretched for 16 kilometers in north Shanghai.

The transformation is expected to guide other renewal projects at former industrial sites across the country, said Lu.

In 1938, the Shanghai No. 1 Steel Factory was built in the region, marking the beginning of Wusong’s glorious iron-steel history. Amid a nationwide steelmaking trend in 1958, a large swathe of state-owned industrial companies were based in the area.

These lucrative industries boosted the development of Baoshan and the city, but also led to pollution problems. About 10 percent of the city’s highly polluted factories were in Wusong, which discharged a third of the city’s total smoke and dust. It later became one of the most polluted areas in the city, according to the Baoshan government.

The city and district governments have invested 2.8 billion yuan (US$407 million) to fight pollution in the region since 2000. Over 17 companies and 40 production lines have been shut down.

The Baoshan government signed a contract with Baosteel in 2016 to begin the transformation of part of its production sites. Many production lines near the downtown region, such as the special steel production base, were shut down and relocated.

Elsewhere in the city, the other four former industrial bases — the Wujing area in Minhang, Gaoqiao in Pudong, Taopu in Putuo and Nanda also in Baoshan — have also started transformation projects.

Nanda, once notorious for soil and air pollution, is to become environmentally friendly high-tech parks and communities after major treatment to combat soil contamination.

The future Nanda area will have an industrial park for artificial intelligence, Internet of Vehicles and other high-tech industries. A high-end community featuring intelligent infrastructure is also planned. 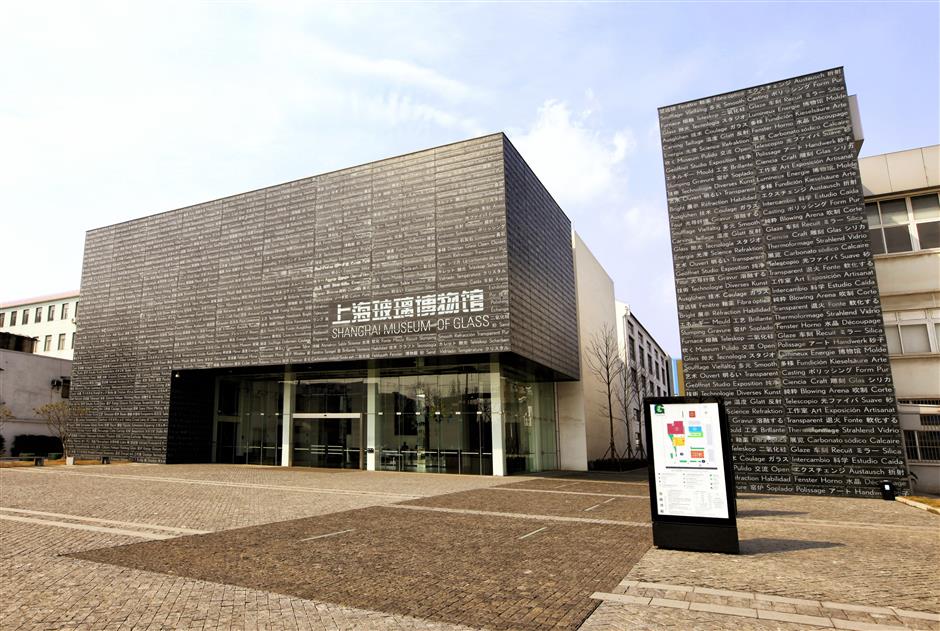 Shanghai Museum of Glass, renovated by the Shanghai No. 1 Glassware Factory, has become one of the city’s most popular museums.