Expat gets garbage duty after failing to sort trash

An expat resident in Putuo District was ordered to serve as a garbage-sorting volunteer at a residential community for half a day after he was found to have failed to sort trash in accordance with Shanghai's new regulations, urban management and law enforcement authorities in the district said on Tuesday.

The African man living at the Shushi Kangting residential complex was educated by the neighborhood committee, according to the Changzheng urban management team of Putuo District Urban Management and Law Enforcement Bureau.

The goal of the volunteer service was to increase his awareness about waste sorting, officials said.

The man said he understood the hard work of cleaners after the service, and said he would sort waste correctly and promote garbage sorting among other expats, officials said.

Meanwhile, a hotel in Jing'an District has been fined for providing guests with disposable items they hadn't requested, the first hotel in the city fined for the irregularity, Shanghai's cultural and tourism authorities said on Tuesday.

The Lijin Hotel on Changping Road was found providing toothbrushes in many hotel rooms during an inspection by the cultural law enforcement team of Jing'an District in early July. It was issued a rectification notice.

However, it still provided unrequested toothbrushes to guests during a second time inspection by the team. It was fined 500 yuan (US$72.65). 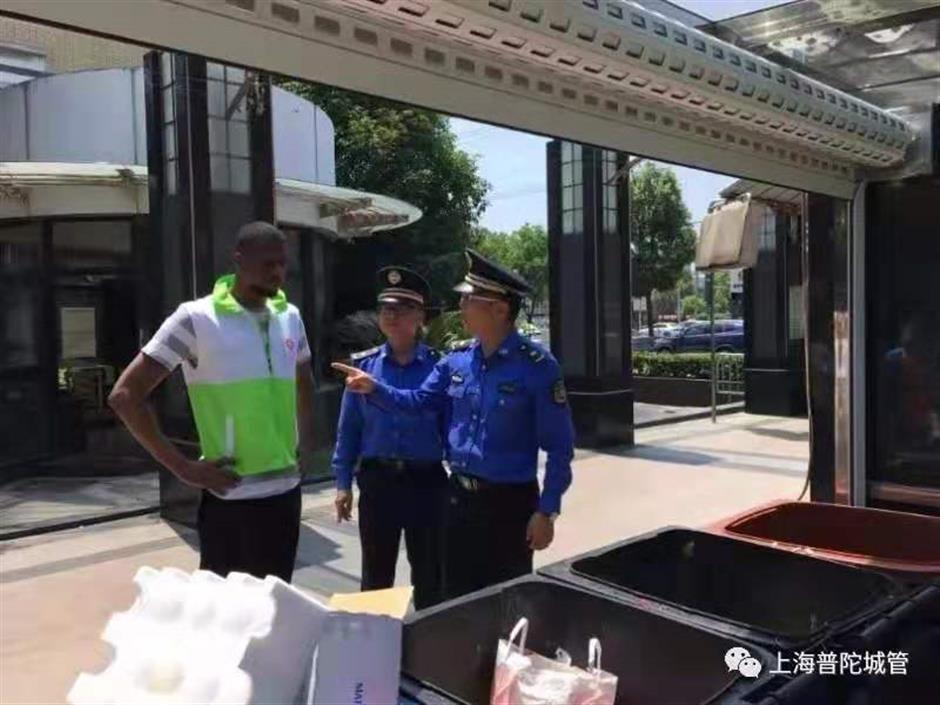 The expat resident serves as a garbage-sorting volunteer. 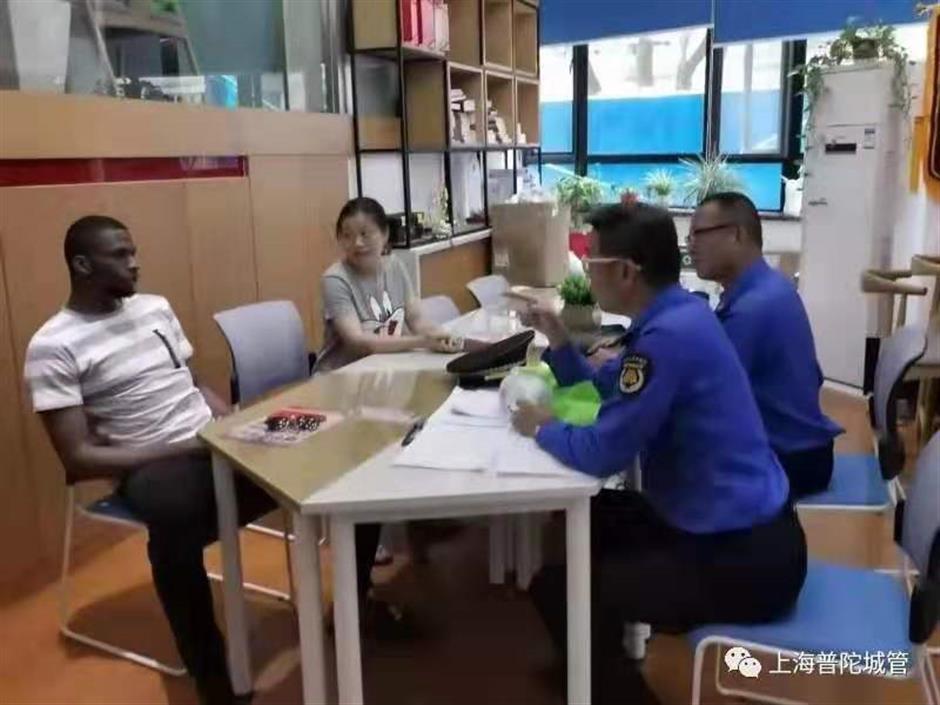 The expat resident is educated by urban management and law enforcement officials.