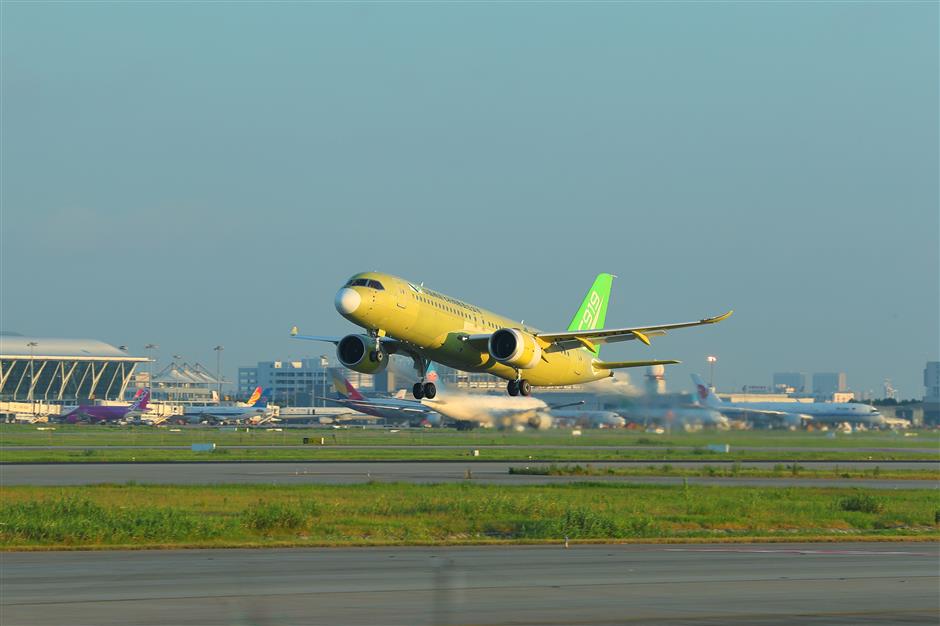 The No.104 C919 takes off from the fourth runway of Pudong International Airport at 5:32am on Thursday.

The No.104 C919 took off from the fourth runway at 5:32am and landed smoothly after a one-hour-25-minute test flight, the Commercial Aircraft Corporation of China said.

Wu Xin, captain of the maiden flight for the second C919, was one of the test pilots along with two other pilots and two engineers.

The first three prototypes of the C919 are performing a series of experiments in northwest Shaanxi as well as the eastern Shandong and Jiangxi provinces. Static and fatigue tests on the ground are also being conducted.

The fifth and sixth prototypes, the No.105 and No.106 C919s, will roll off the assembly line in Shanghai  later this year. This will be when the C919 enters the "intensive test stage," the COMAC said.

More than 1,000 ground and air tests on power, performance, stability, flying control, high and low temperatures will be carried out with the six planes.

The C919, with 168 seats and a range of 5,555 kilometers, will compete for orders with the Airbus 320 neo and the Boeing 737 MAX, which has been grounded worldwide since March following two deadly crashes in Indonesia and Ethiopia.

Wu Guanghui, the chief designer of the C919, has said it is being developed in accord with the latest international safety standards and is set to start commercial operations in 2021.

COMAC has secured 850 orders from  30 foreign and domestic airlines. The first C919 made its maiden flight from Shanghai on May 5, 2017. 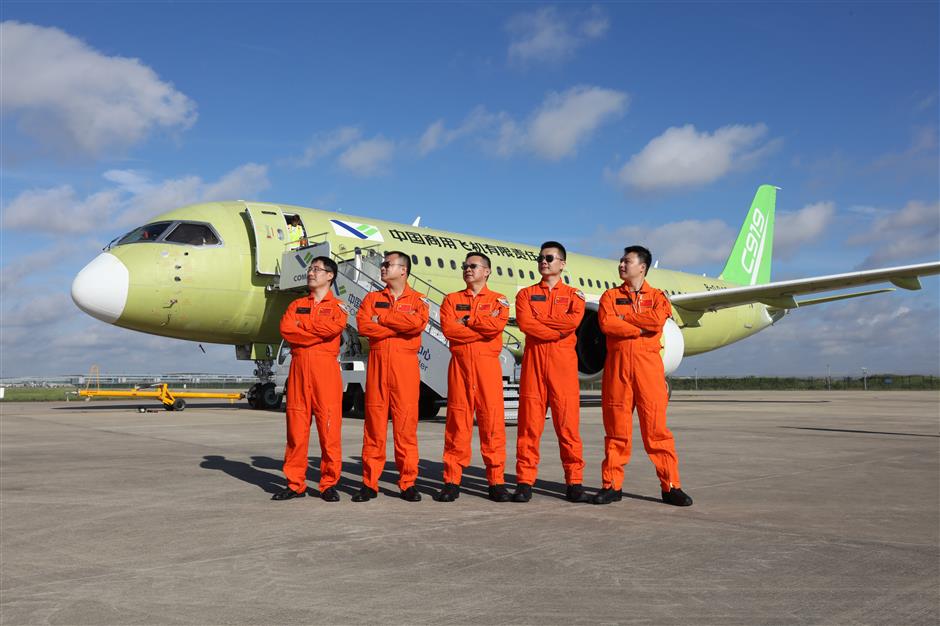