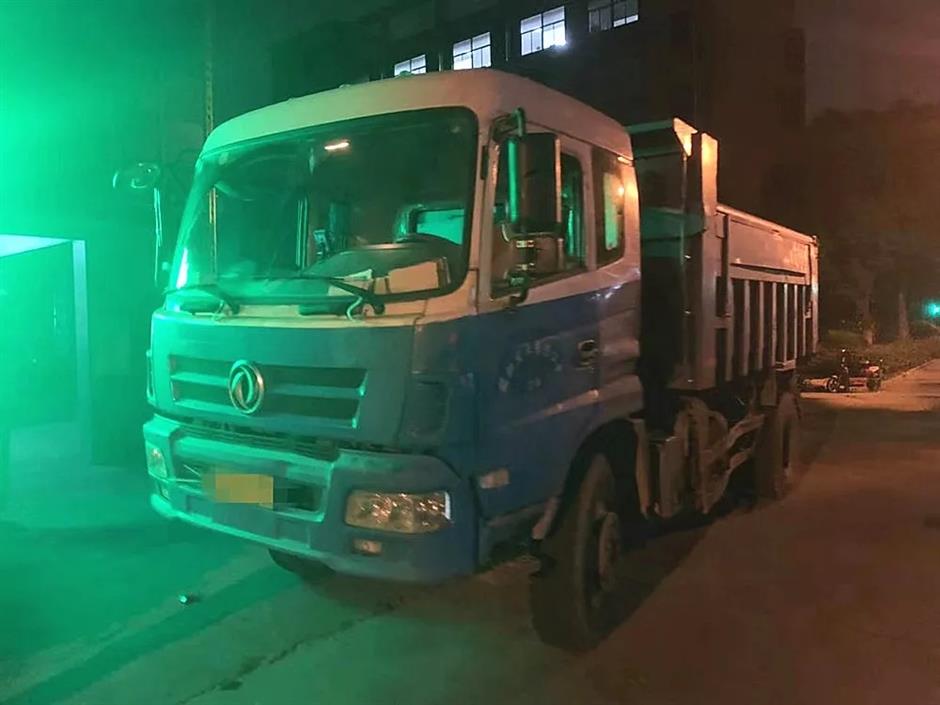 The truck stopped by officials is not licensed to carry household waste. 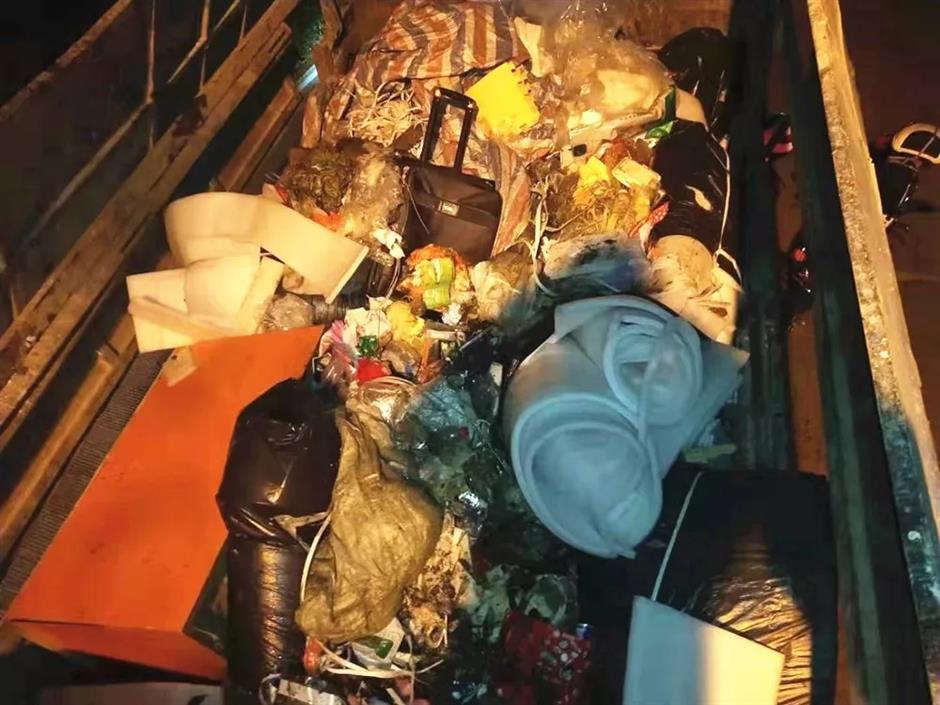 Household trash on the truck after it was stopped by urban management officials.

A company in Songjiang District has been fined 30,000 yuan (US$4,266) for the illegal handling of household trash, the first fine of its kind since Shanghai's new household waste-sorting management regulations came into effect on July 1.

A truck from the Jiuting Environment and Sanitation Service Co Ltd had been stopped by urban management officials as it tried to evade an inspection at the intersection of Longgao Road and Jiufu Road.

A large amount of household trash was spotted on the truck with dry and wet trash mixed, officials found. The truck was also not airtight, they said.

The driver failed to provide a license to transport household waste. The company is only licensed to transport construction waste.

The truck was used to collect, transport and handle household waste at more than 1,000 yuan each time, officials found.

The garbage in the truck was handed to sanitation authorities for treatment.

Officials have imposed fines on 985 cases of violating the regulations between July 1 and August 5. Among them, individuals in 76 cases were fined.

Of the total, 500 related to failure to install garbage-sorting containers, and 457 for failure to sort and dispose of trash correctly, the Shanghai Urban Management and Law Enforcement Bureau said.

Another two concerned mixing construction waste with household trash, and six were over failure to report household waste based on regulations.

One was about a collection and transport company's failure to establish a record of household waste, according to the bureau.