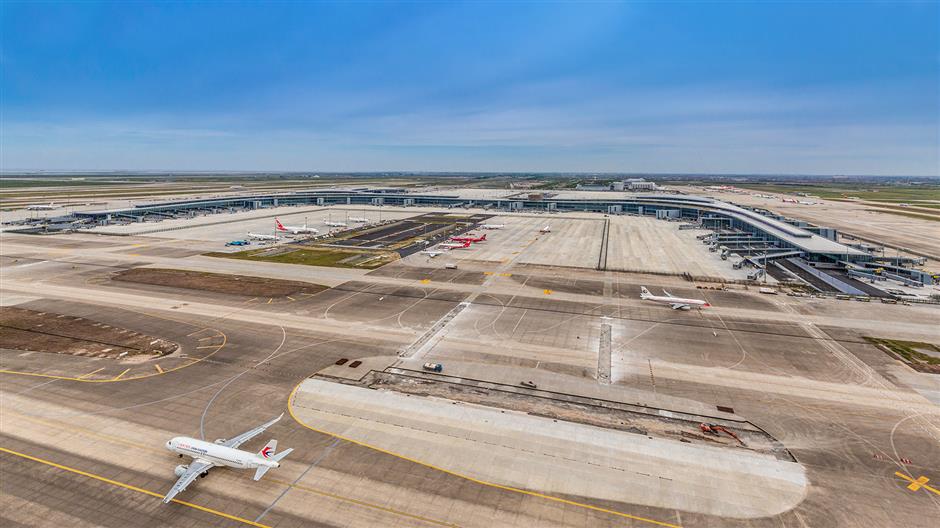 Pudong International Airport's new satellite terminal and other expansion projects have passed final inspections by China's civil aviation regulator and industrial authorities, and are now ready to be put into operation.

The third-phase expansion of the airport, which began in December 2015, includes the world’s largest satellite terminal building, known as S1 and S2, as well as an underground subway system to connect them with terminals 1 and 2.

Other newly built facilities to ensure faster transfers and better punctuality include an additional luggage transport system, aprons, taxiways, navigation lighting, a long-term garage, an energy center and other infrastructure.

The satellite terminal, scheduled to open next month, has 83 boarding bridges and 125 aprons. It features huge glass curtain walls and a large inner space without a single supporting pillar.

When it is open, the Pudong airport will be able to handle 80 million passengers annually, 6 million more than last year.

Some new facilities are already in use. They include 11 remote boarding sites, four taxiway bridges and a new tarmac operation center for T1 and T2. 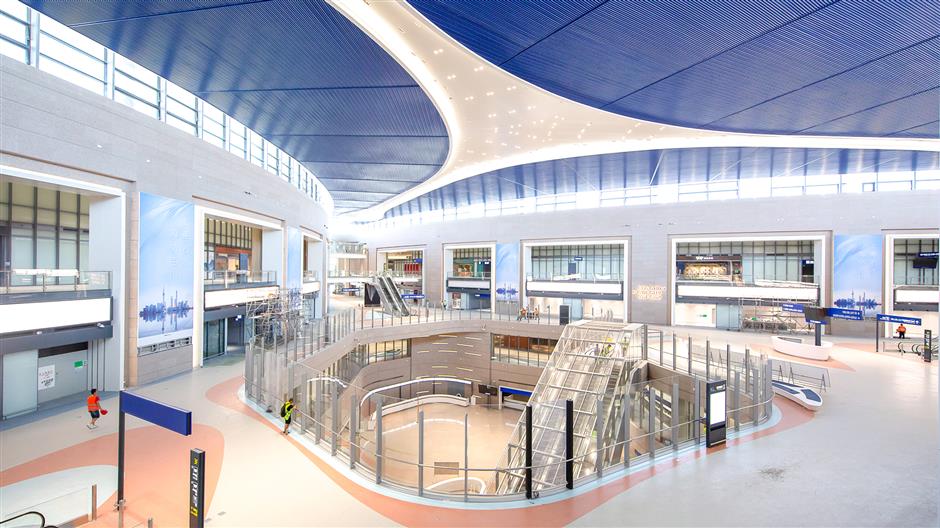 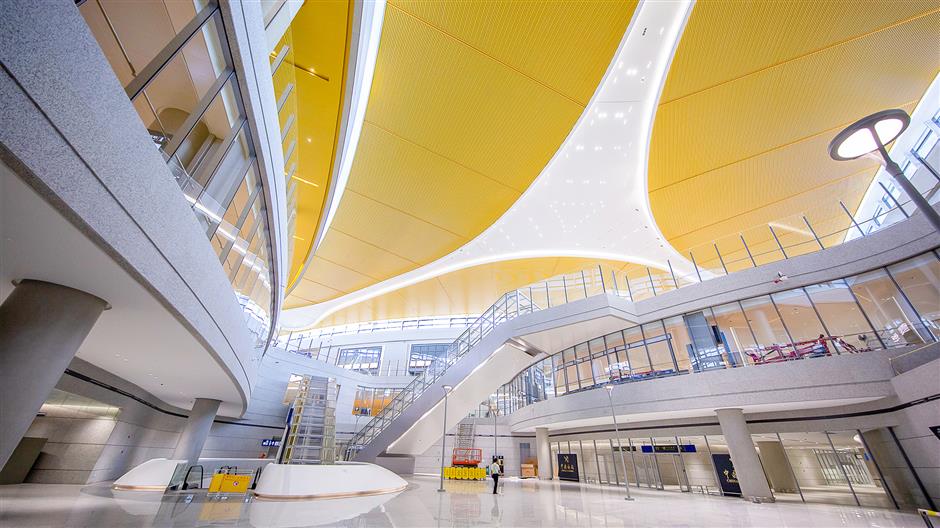 This has largely relieved the shortage of aircraft stands and capacity at the airport, the airport authority said.

After the terminal is fully operational, S1 and T1 will mainly serve China Eastern, Shanghai Airlines and other SkyTeam Alliance airlines. It can handle 36.8 million passengers a year.

S2 and T2 will handle 43.2 million passengers a year with China Southern, Air China, Star Alliance members and other airlines.

New subway trains are designed to carry 9,000 passengers per hour.

Each train is about 94 meters long with four compartments, two for domestic flight passengers and two for international travelers. They have screens for flight information and luggage racks.

Passengers will check in at one of the two existing terminal buildings and then take the subway — a ride of about three minutes — to get to the new facility. The subway train will run every two minutes.

Shanghai's two airports have become overburdened with passengers and cargo. Together they handled over 117 million passengers in 2018, a 5.2 percent increase, making the city the world’s fifth-busiest air hub after London, New York, Tokyo and Atlanta.

A series of expansions and renovations, including the building of the satellite terminal and the renovation of Terminal 1 at Hongqiao International Airport, are helping make services more efficient. 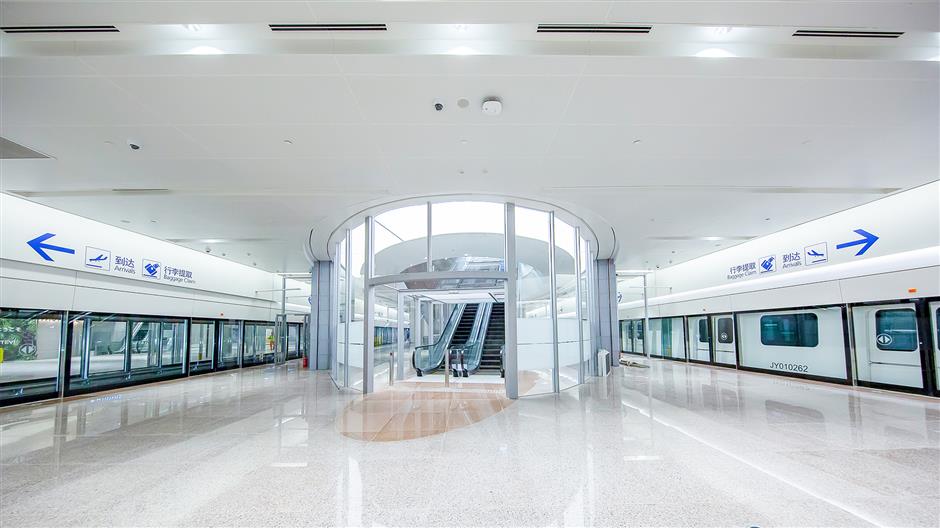 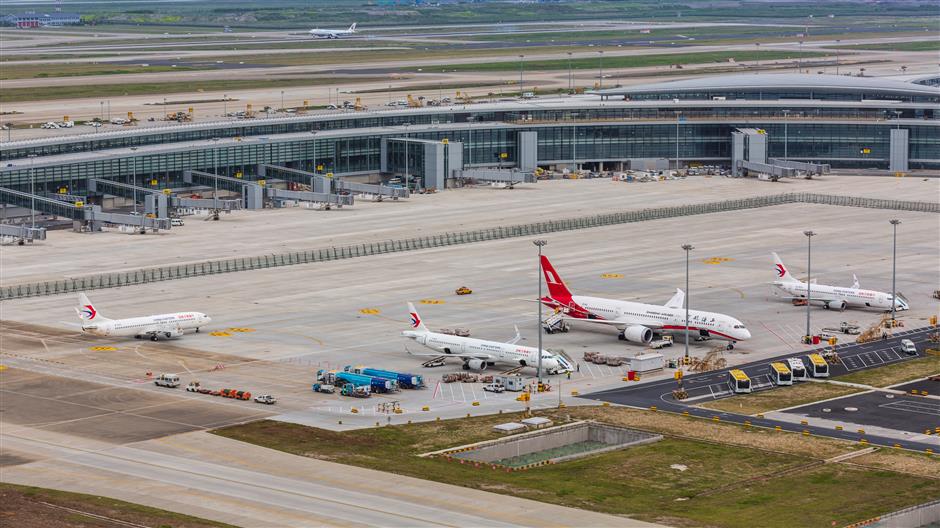