Lights go off for Lekima

Landscape lights across Shanghai are being switched off on Friday and Saturday as a precaution to ensure safety on the approach of typhoon Lekima, the Shanghai Greenery and Public Sanitation Bureau announced on Friday night.

Since Thursday, 841 outdoor advertisement boards have been dismantled, and 319 have been reinforced, according to the bureau.

In addition, 4,629 temporary advertising boards have been dismantled.

The garbage and sludge of nearly 100,000 drainage outlets on 703 roads vulnerable to flooding have been cleared and 46,000 garbage bins have been thoroughly cleaned.

A total of 1,183 tons of trash was cleared from streets and garbage bins on Friday, according to the bureau.

The bureau reminded residents to avoid staying at greenery areas in typhoon weather.

The Metro will also be affected by Lekima. Shanghai Shentong Group, the Metro operator, said on Friday night that elevated and overground Metro lines will run at limited speeds or cease service depending on the weather.

The operator said it will be updating information on its website and social media. 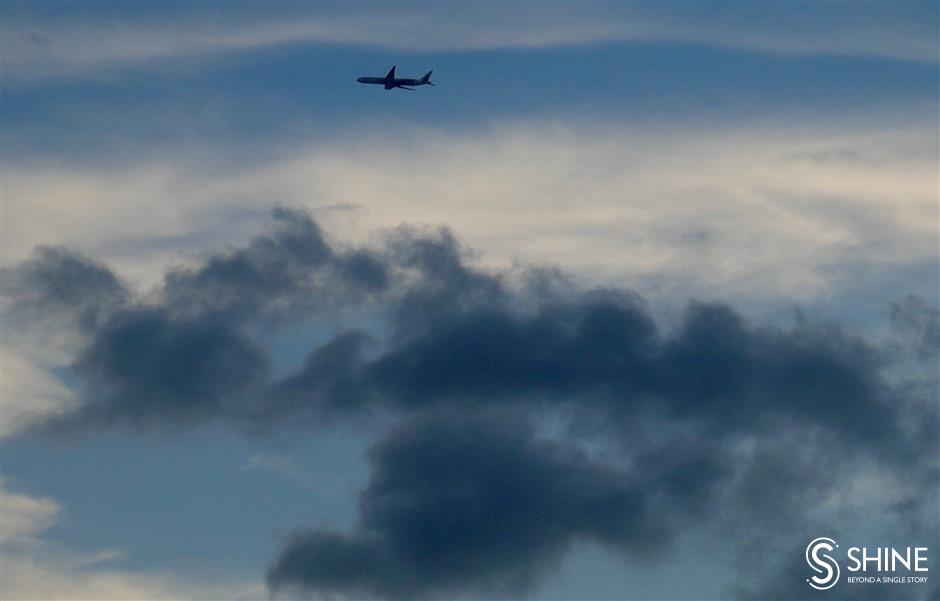 A plane flies through dark cloud before the arrival of typhoon Lekima.