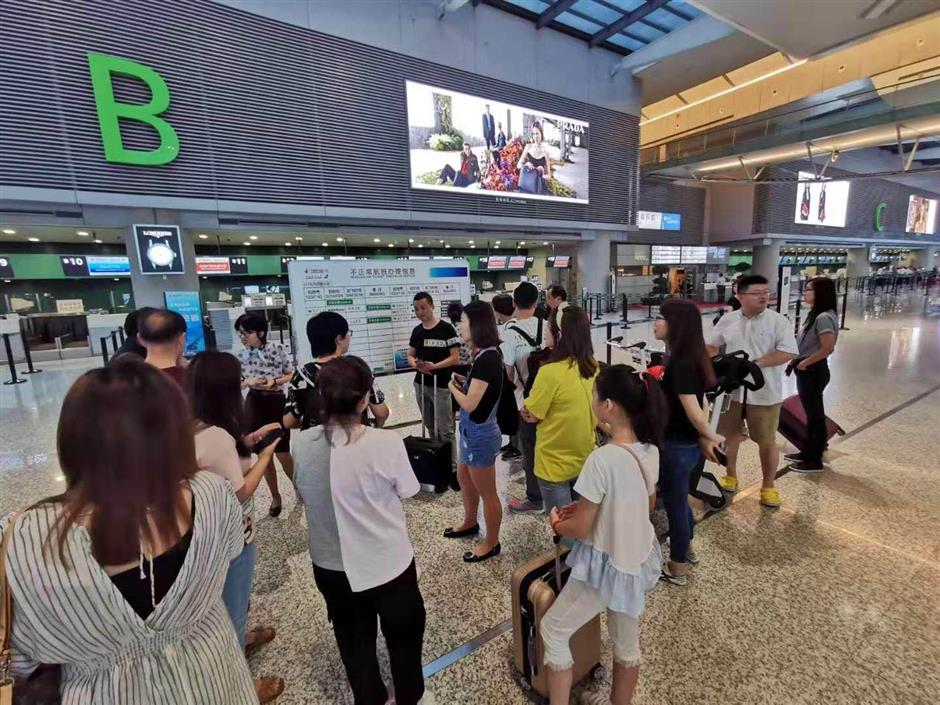 Passengers wait to change their flights at Hongqiao airport on Saturday morning.

Almost all flights into and out of Shanghai have been canceled on Saturday. A total of 1,873 flights — more than 85 percent — will be canceled at Shanghai's two airports on Saturday after typhoon Lekima made landfall in neighboring Zhejiang Province at 1:45am, bringing rainstorms and gales to the city.

Pudong International Airport has cancelled 1,160 flights as of 10am. Among the limited number of operating flights, six have been delayed for over four hours and another two were delayed for over two hours, according to the Shanghai Airport Authority.

Air traffic control issued the top-level red alert for flight delays at both airports and expects capacity to be reduced by 70 percent to 3pm on Saturday.

Shanghai-based China Eastern Airlines canceled 815 international and domestic flights at Pudong and Hongqiao airports on Saturday and Sunday. Updated flight information will be available on the carrier's website, microblog and app.

Air China cancelled 80 flights on Saturday. Nearly all flights between Shanghai and Beijing have been cancelled.

Hongqiao International Airport has cancelled nearly all landings since 8pm on Friday night, while only a small number of aircraft took off and landed at the Pudong airport on Saturday morning.

A large number of inbound flights were diverted to other airports on Saturday morning due to the heavy rainstorms and gales brought by the approaching typhoon. Some have been diverted to Japan.

A large number of long-haul international flights of China Eastern to Shanghai had to land at Wuhan in central Hubei Province, Hohhot in Inner Mongolia and Shijiazhuang in central Hebei Province. 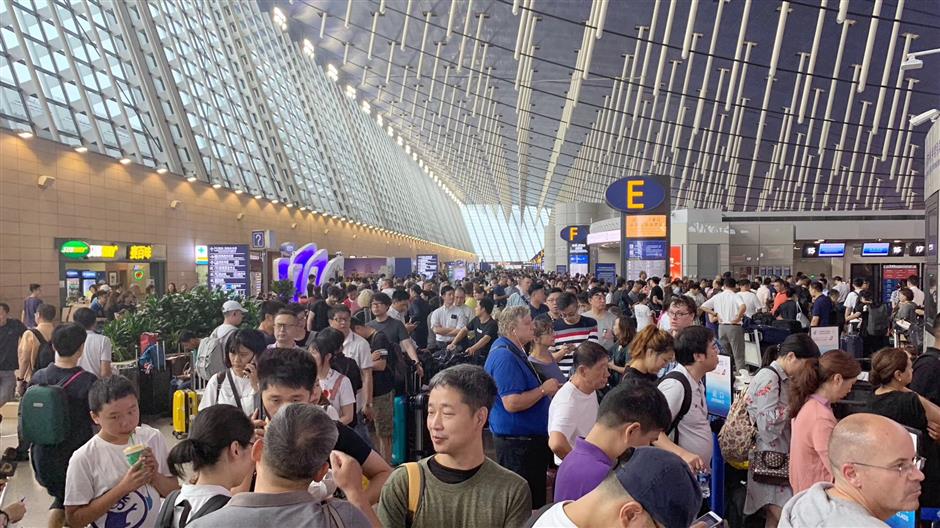