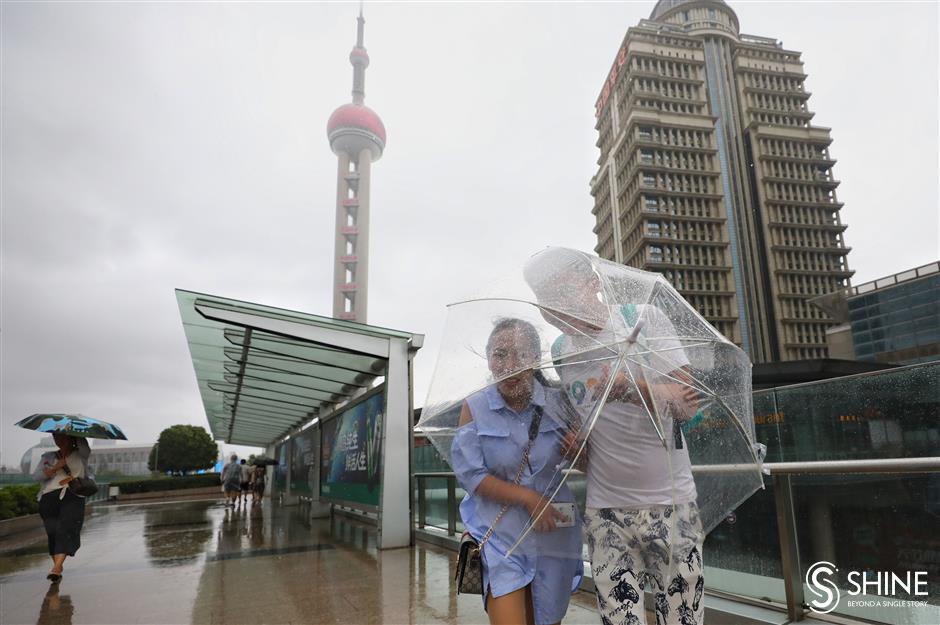 People walk in Lujiazui in the Pudong New Area on Saturday. 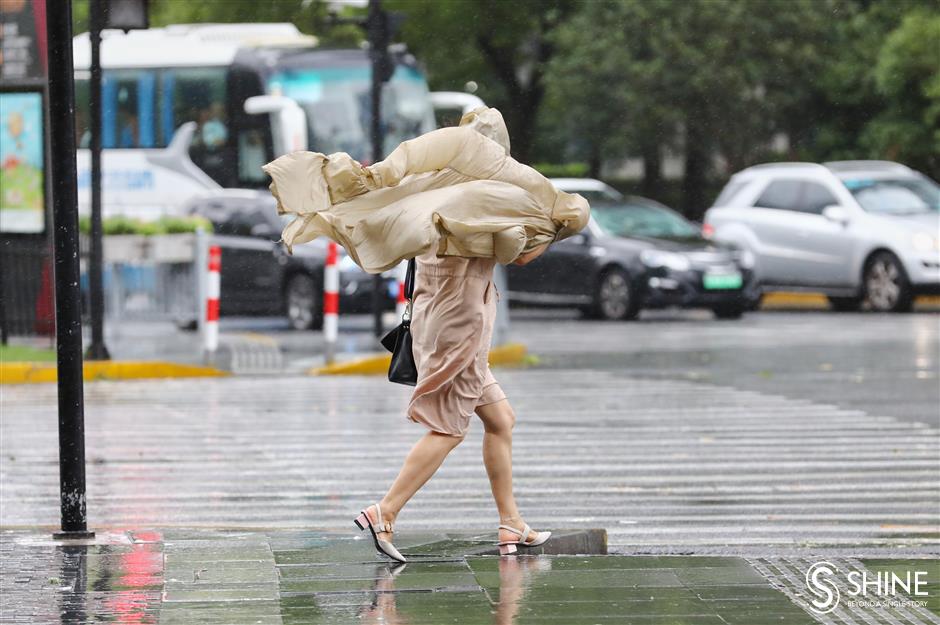 Under the influence of typhoon Lekima, the maximum rainfall in the city's downtown, Jiading, Minhang, Fengxian districts and the Pudong New Area was expected to reach 60 to 80 millimeters per hour in the next six hours, the bureau warned.

The bureau issued a yellow alert for thunder and lightning on 1:50pm on Saturday.

In China's color-coded weather-warning system, red represents the most severe, followed by orange, yellow and blue.

Rainstorms and gales with a level of 9 to 11 are lashing the city's central and southern areas under the influence of Lekima, according to the bureau. 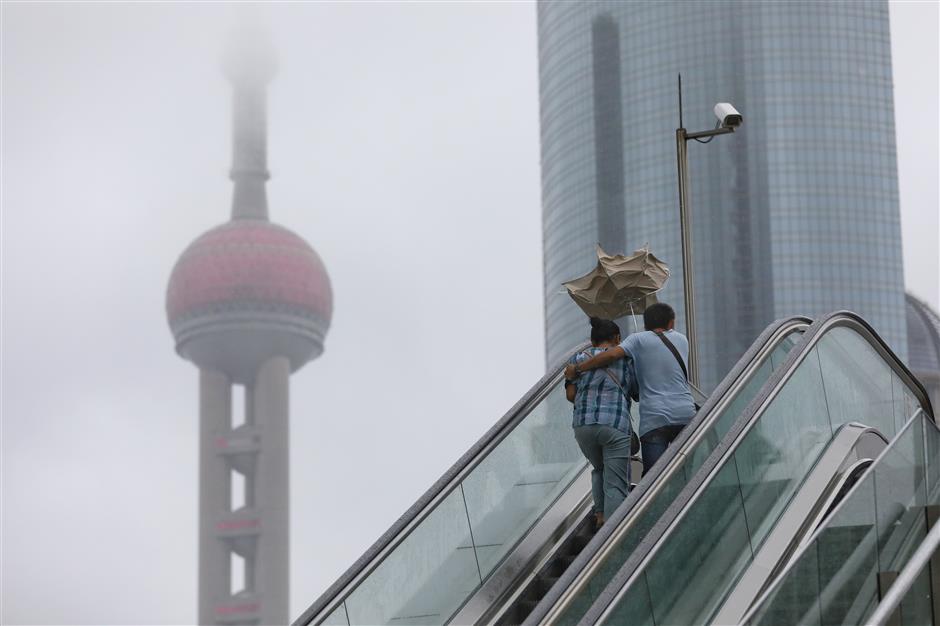 The Shanghai Science and Technology Museum put a cap on the number of visitors from 10:54am, and the number of its visitors reached 13,244 at 11:34am, approaching its maximum capacity of 13,500.

The Shanghai Natural History Museum was also crowded on Saturday. The number of visitors hit 4,149 at the same time, compared with its capacity of 5,900.

The center of typhoon Lekima was inside Zhuji, Shaoxing City, in neighboring Zhejiang Province, at 1pm. It has weakened to a strong tropical storm with a maximum gale force of 10, according to the National Meteorological Center.

It is moving north at 15 kilometers per hour, according to the center.

Lekima will whistle past the Taihu Lake at the same latitude with Shanghai on Saturday night, according to the Shanghai bureau. 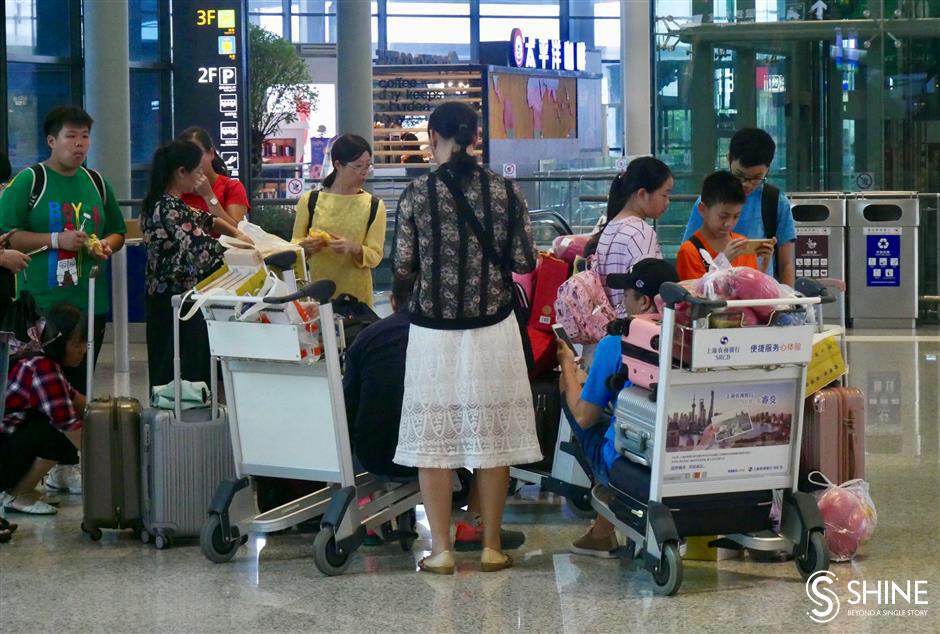 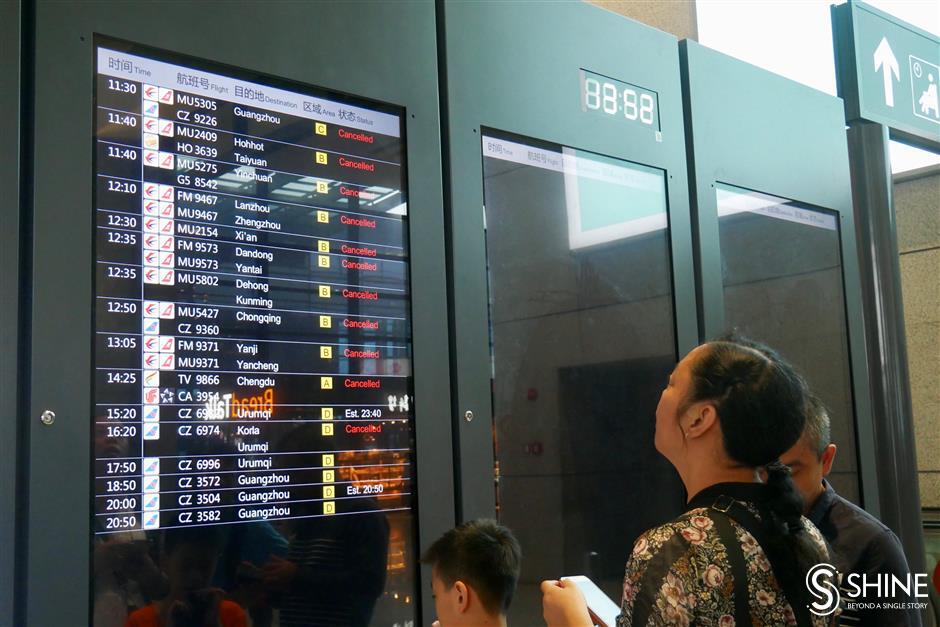 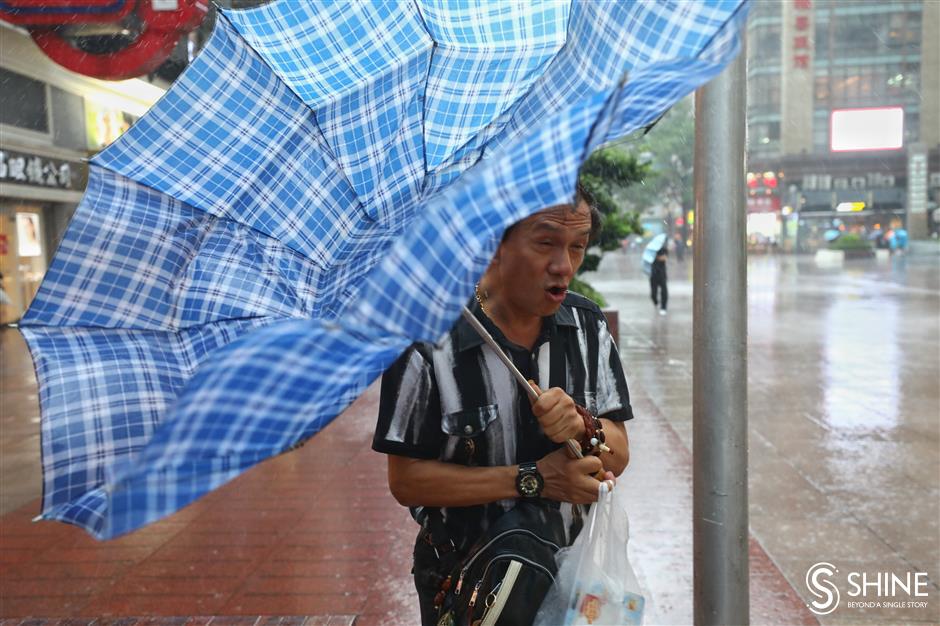