Dong Yunhu, chairman of the CPPCC Shanghai Committee, met a delegation headed by Zheng Xiangling and Shi Ronghuai, chairwoman and director of the HKCPPCC members association, respectively, in Shanghai on August 9.

Since its establishment in 2006, the HKCPPCC members association has been active in the social affairs of Hong Kong and supporting the construction of China by extensive contacts with members of the CPPCC in Hong Kong and people from all walks of life, Dong noted.

At present, Hong Kong’s prosperity and stability are facing many new situations, new problems and new challenges. It is even more necessary for the association and its members to gather positive energy and take new action, and play a good role in maintaining Hong Kong’s prosperity and stability, so as to promote the region’s economic development and improve people’s livelihood and serve as a bridge between Hong Kong and the mainland, Dong added.

Shanghai is accelerating the construction of economic, finance, trade, shipping, scientific innovation centers as it works to become an excellent global city, which will bring great opportunities and broad space for cooperation between Shanghai and Hong Kong. The CPPCC Shanghai Committee will push forward the cooperation and exchanges to a higher level between the two sides, according to Dong. 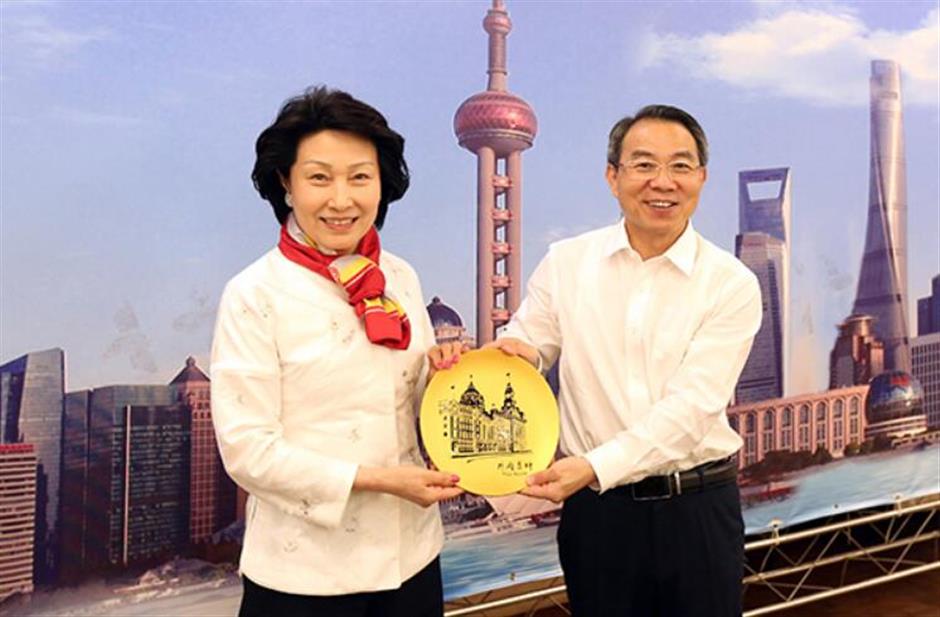