Guns and daggers at meltdown 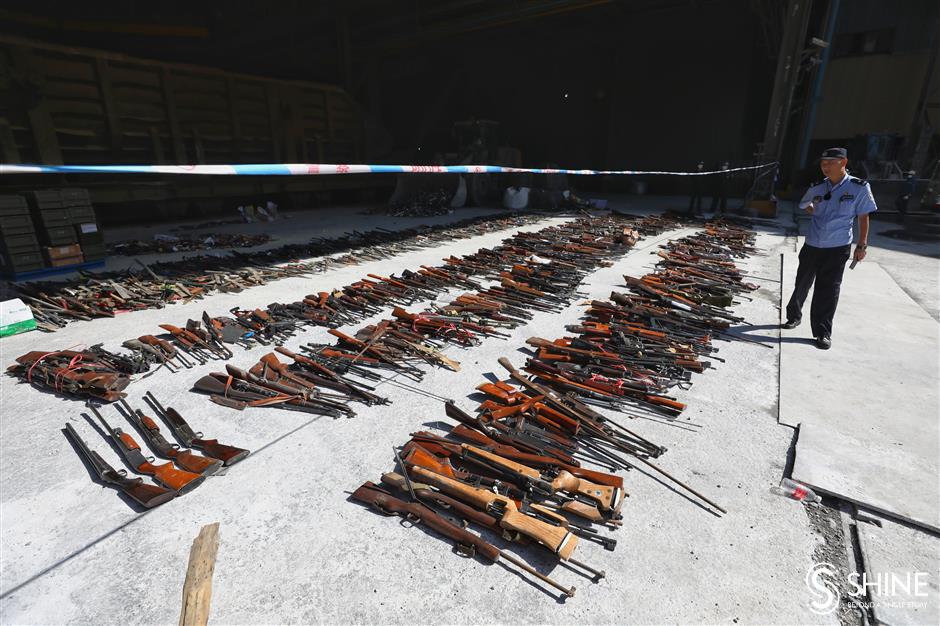 An officer inspects firearms, many of which were seized from criminals.

A number of guns and daggers, including those seized from criminals, were melted down at a Baosteel facility yesterday.

Shanghai police said they have solved 142 crimes involving guns and explosives so far this year and caught 181 suspects.

Meanwhile, police said they have removed 213 criminal posts related to such crimes from the Internet.

The guns and daggers were melted down in a furnace, and the resulting liquid steel will be recycled, police said.

Guns dumped by professional sports teams and also the police themselves were among the melted mass.

Police said some residents, firms and organizations had turned in guns and explosives, and called for residents to report any information about such crimes. 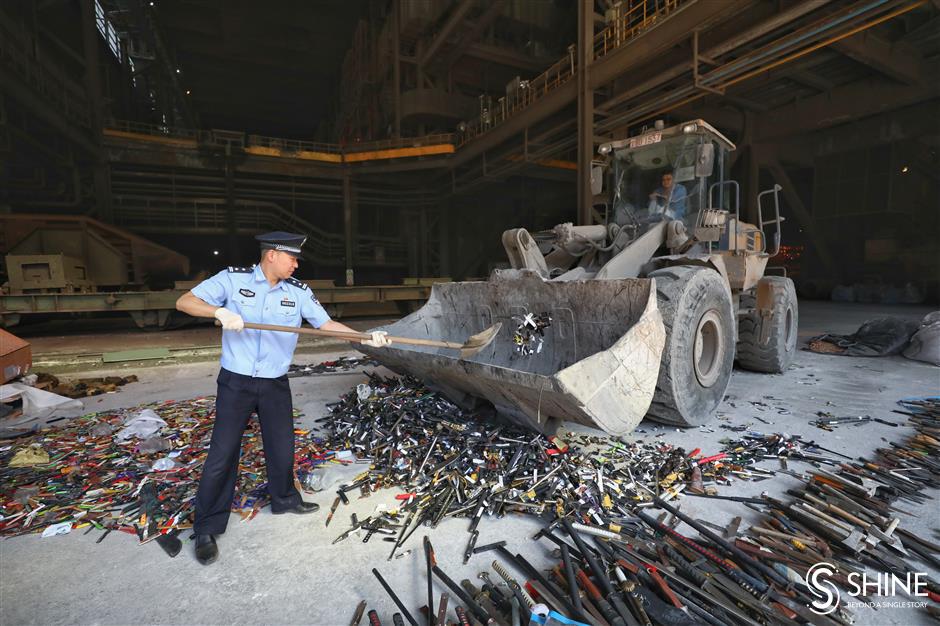 An officer shovels knives into a bulldozer. 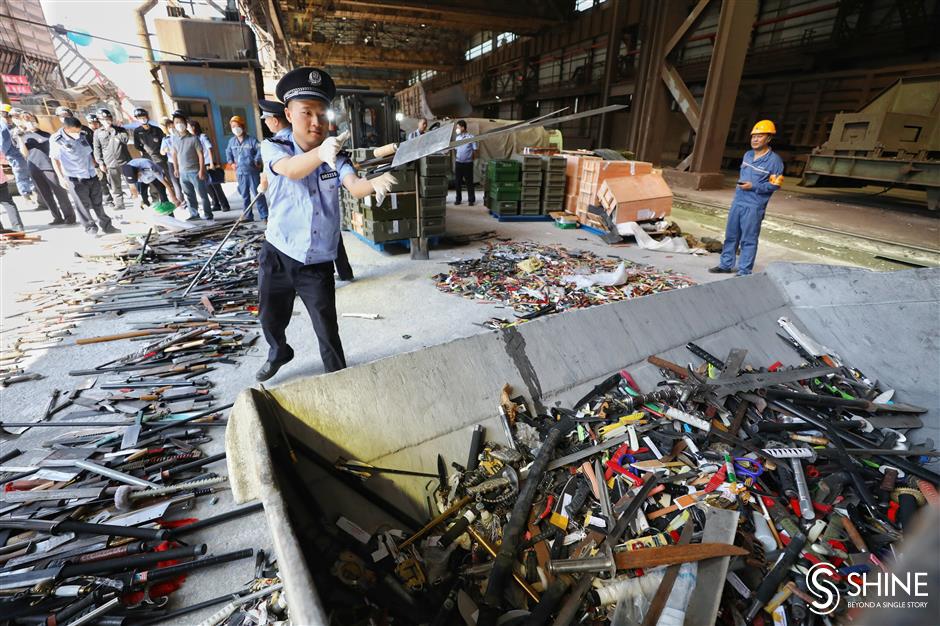 Knives of all kinds are gathered together before being destroyed. 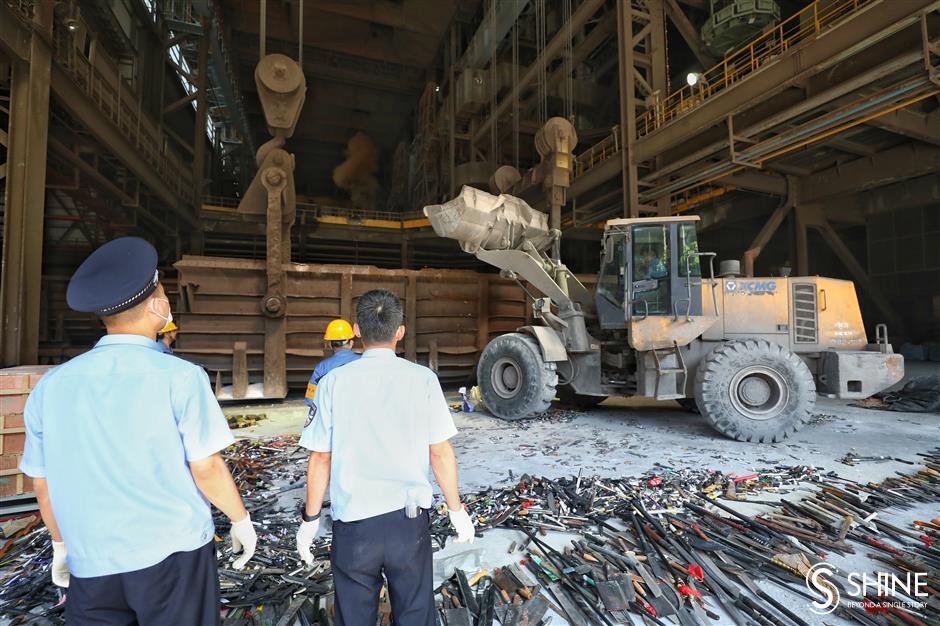 Firearms are loaded into a container before being melted down.

A total of 107,000 illegal guns and a large amount of explosives seized by the police and turned in by the public in 154 cities, including Shanghai, since last year were destroyed yesterday, according to the Ministry of Public Security.

Since last year, police around the country have solved 16,000 cases involving guns and explosives, cracked down on 163 gangs and apprehended 17,000 suspects.

In the first seven months this year, the number of such crime cases was down 20 percent from the same period last year, the ministry said.

The ministry also said that it has provided residents with over 500,000 yuan (US$70,800) in rewards for reporting clues on such crimes, and the clues led to the solving of 1,040 cases with 1,165 suspects nailed.

The number of guns and explosives turned in by residents and seized in cases solved on clues from the public accounted for 72 percent of all of those ending up with the police, the ministry revealed.