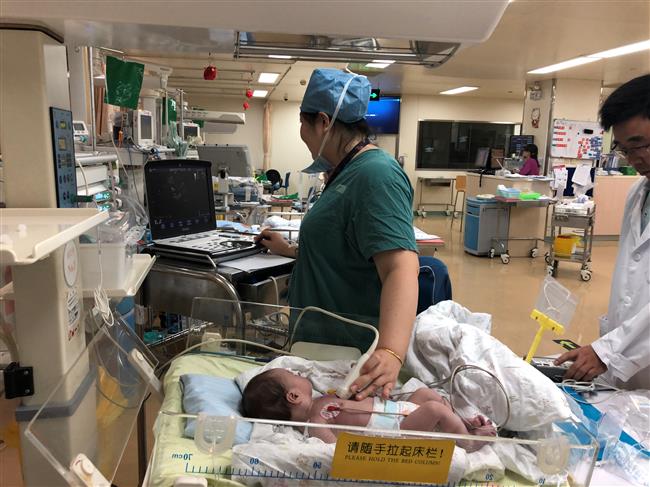 A Mongolian infant with congenital heart disease was operated on in Shanghai after being transferred to the city amid typhoon conditions. The patient recovers well and is in stable condition, officials from Children's Hospital of Fudan University said on Monday.

The baby boy, known as Jiji, was born in Ulaanbaatar on August 2 but was suffering from a life-threatening congenital heart disease.

The transposition of Jiji’s main and pulmonary arteries was starving the infant's organs of oxygen and surgery was the only way to save Jiji’s life. His family heeded a local doctor’s advice and decided to send him to the Children’s Hospital of Fudan University.

Jiji, who arrived in Beijing last week, was due to be flown to Shanghai. However, the flight was canceled due to the influence of typhoon Lekima, which hit Shanghai over the weekend.

With train tickets all sold out, officials at the children's hospital contacted the railway authority for help.

The authority arranged three tickets for Jiji’s family and they arrived in Shanghai on Saturday afternoon.

Jia said congenital heart disease was a major threat to children under the age of 5. Jiji’s disease was serious, but could be cured as long as the timing for surgery was right.

Jiji was the second congenital heart disease patient from Mongolia to be treated at the hospital. The hospital’s level of expertise in such cases has been recognized by other countries and regions, Jia said.