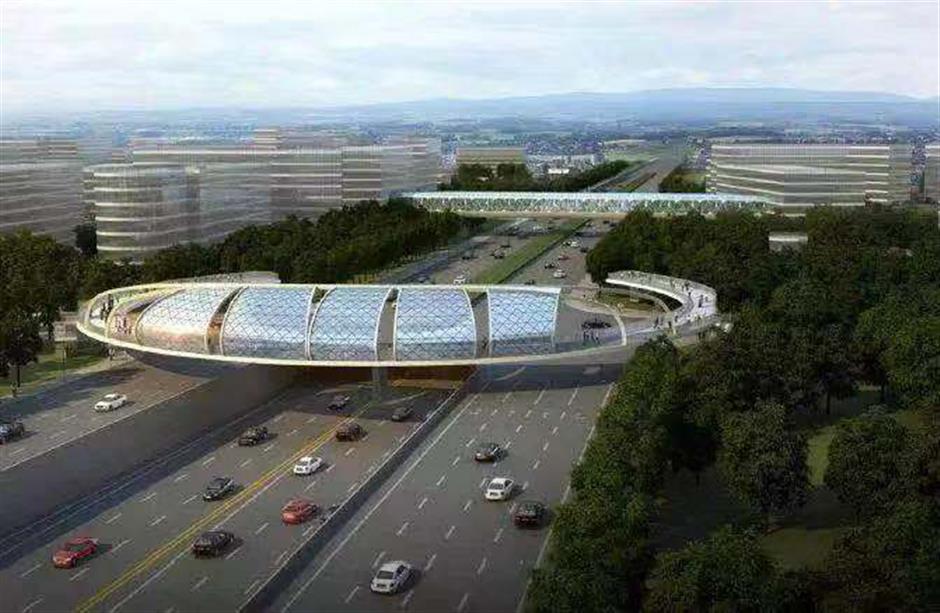 Two new skywalks to be built over Beidi Road will connect major business and commercial complexes in the west downtown area, the Changning District government said on Monday.

The skywalks will open in 2020 near Xiehe and Fuquan roads to make it more convenient for pedestrians to visit the office buildings and shopping centers already in existence or that are being developed at the nearby Linkong business park.

Two new tunnels have been built to offer more choices to pedestrians and avoid interrupting the busy traffic along the road.

Beidi is an expressway to the Linkong park that sees heavy traffic. The new skywalks and tunnels can relieve the traffic burden from the increasing number of office workers and shoppers needing to cross the road, the district government said.

The road, originally built in 1925, connects the city's Middle Ring Road and the Jiading-Minhang Elevated Highway. It is also the west beginning of the under-construction Beiheng Passage, a 19-kilometer east-west road linking Changning, Putuo, Jing’an, Huangpu, Hongkou and Yangpu districts. 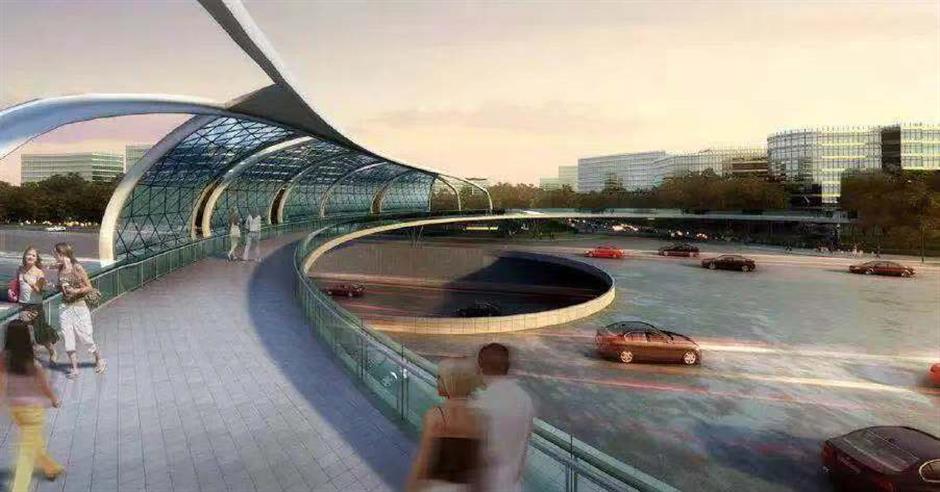 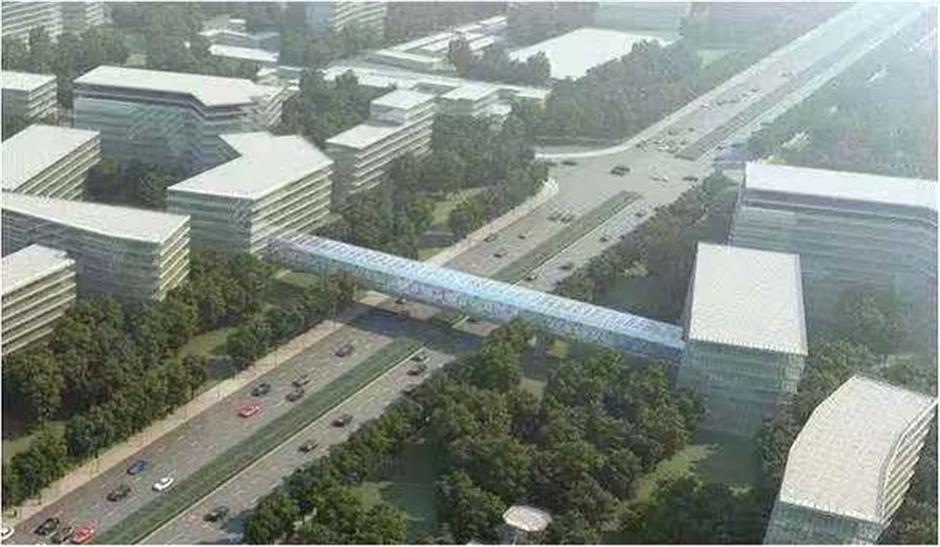