The suspects are said to have purchased the cigarettes in Guangdong Province and transported them to Shanghai via a logistics company run by Zeng, one of the suspects.

Putuo police found that the fakes were transported to Shanghai and delivered to another logistics company on Liancao Road, an office building on Linahua Road and an abandoned van on Longming Road.

Police raided the three spots on July 20 and seized about 3,900 cartons of cigarettes of various brands whose authentic counterparts are estimated to be worth over 500,000 yuan (US$70,800). 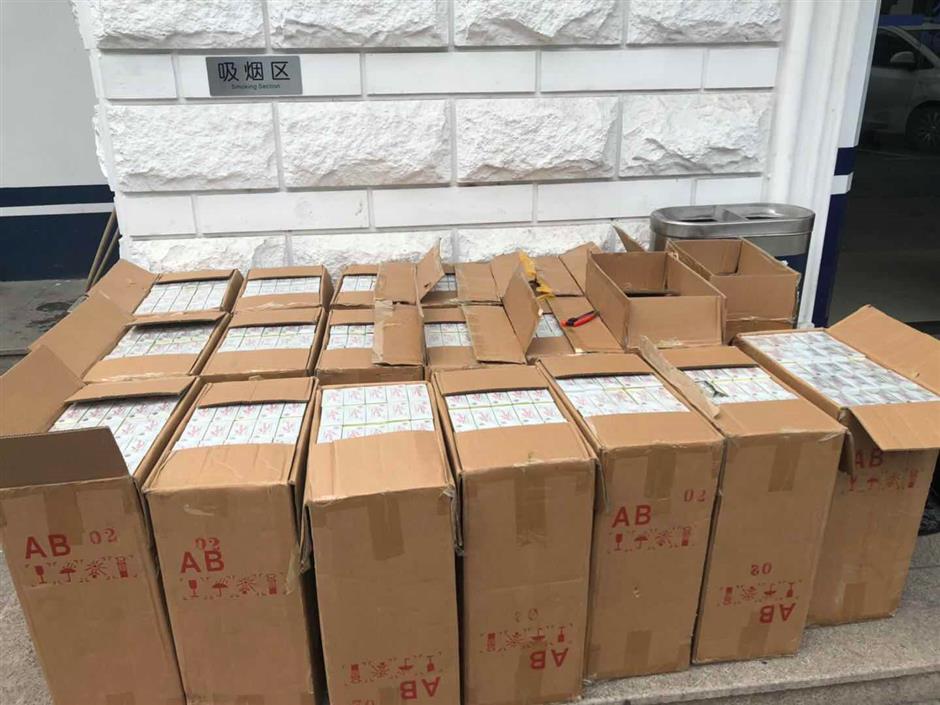