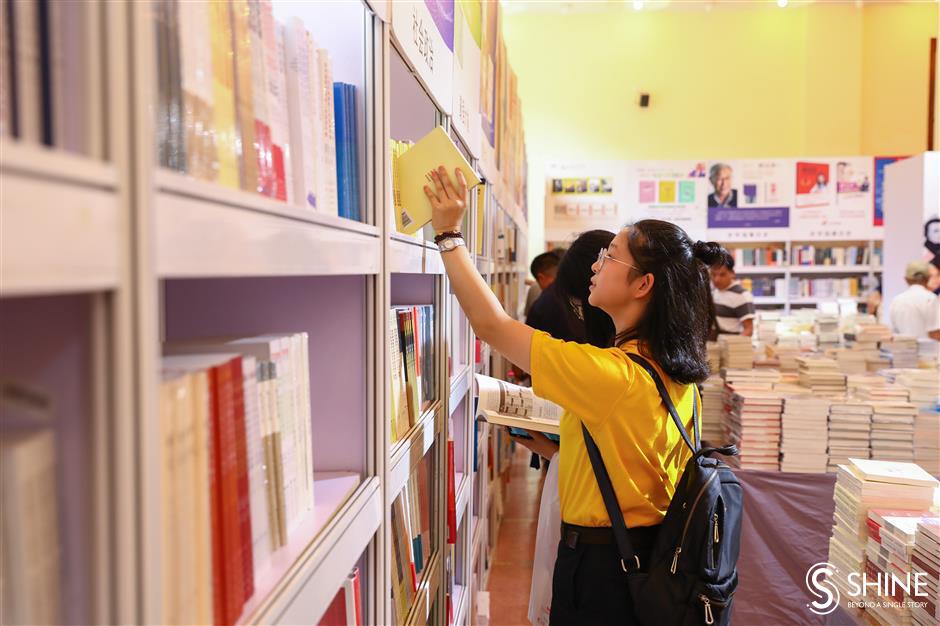 A reader takes a book from a shelf at the 2019 Shanghai Book Fair.

A new book about Shanghai writer Zhu Shenghao made its debut at Shanghai Book Fair. Written by his son, Zhu Shanggang, and published by Shanghai Bookstore Publishing House, the eponymous title tells the story of the renowned Chinese translator's life and his relationship with the city.

Zhu, best known for his translations of the work of William Shakespeare, gained new fans when his love letters to his wife featured on TV program “The Readers.”

His son says he wrote the book so that people could know about his father’s life and not just those aspects of it.

"The book contains three parts,” he said. “The first part is about my father's life, and his love of my mother, the second part is about his translation works and the third part is his work about the Chinese People's War of Resistance against Japanese Aggression.” He added: "My father's whole career was in Shanghai.”

Huang Fuhai, of Shanghai Translators Association, said Zhu Shenghao was not only the pride of his hometown of Jiaxing in Zhejiang Province, but also the pride of Shanghai. "He started his translation life in Shanghai, where he approached Shakespeare's works." Huang added: "Even after his translation works were all burned in the fire of war, he redid them again after that."

Another book launched at the fair was the “Visual Dictionary of Chinese Garment Cultural Relics in Different Dynasties” from Shanghai Cishu Publishing House.

The cultural relics are arranged in the order of dynasties with detailed introductions and readers can find where each of them is stored now from the appendix.

Also making its debut at the fair was the English versions of the World Academic Classics series from Shanghai Translation Publishing House. This series of 18 volumes included both foreign and Chinese classics such as “The Communist Manifesto,” “On the Origin of Species” and Chinese classical philosophical text “Dao De Jing.”

The book fair's 100 parallel venues across the city are also hosting book launches and signing events.

Roy Jacobsen, author of one of the books, “Vidunderbarn,” said he felt honored to be a guest of the book fair and was impressed by how many Chinese readers attended the launch event. "As a writer, you write to communicate. You are dependent on readers. You write so that people can read something. If you write something and nobody reads it, it would be terrible." He said he planning to bring three new books to the fair in the next three years, one for each year.

At another parallel venue, Sinan House of Literature hosted a reading event "Love and Desire at the Source of Words,” where Chinese author Yuan Xiaoyi and French author Belinda Cannone discussed the desire and emotions behind words.

"It's a great privilege to be invited to such a big country and I'm very happy that my ideas are interesting Chinese people. I'll have some more books to share with them," said Cannone. "I think it's a very good idea to put the sentence 'Love Reading, Love Life' for the book fair because it's exactly what I think. When you love life, you want to read, you want to write, so it's a desire of literature." 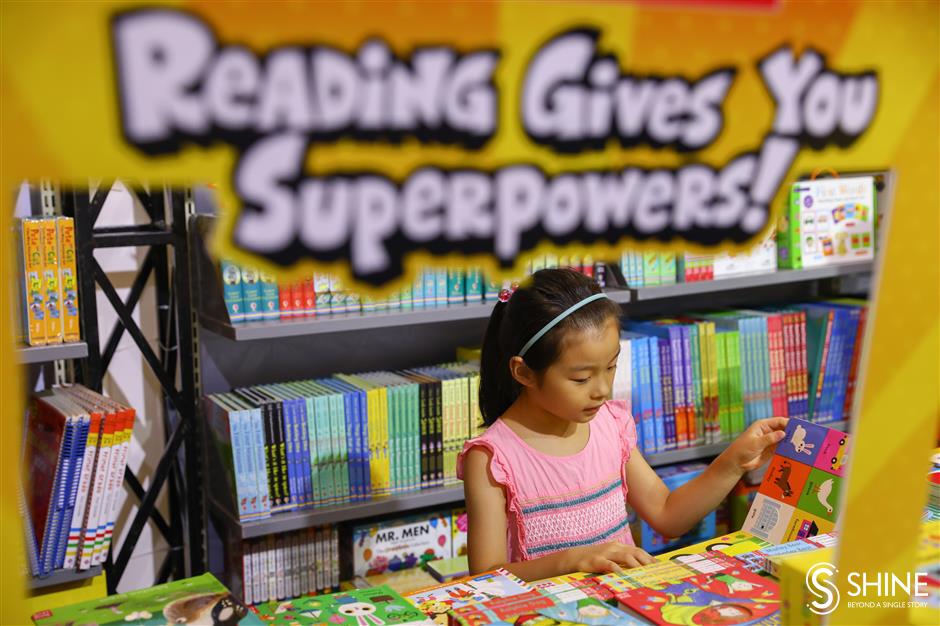 A girl reads a picture book at the children's section of the fair.