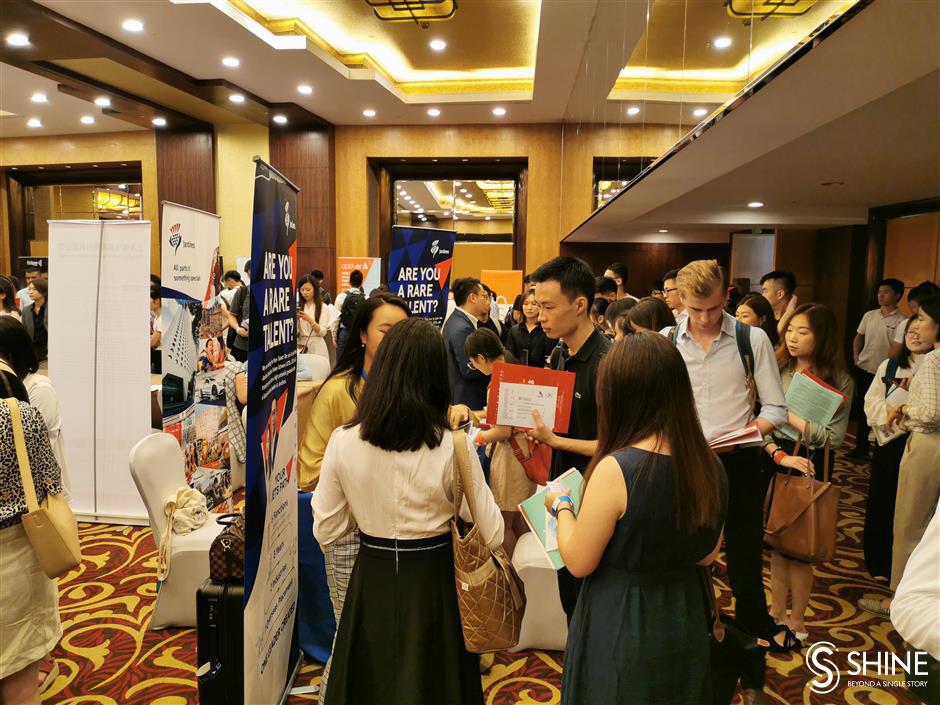 Foreign and Chinese students at the job fair in Shanghai 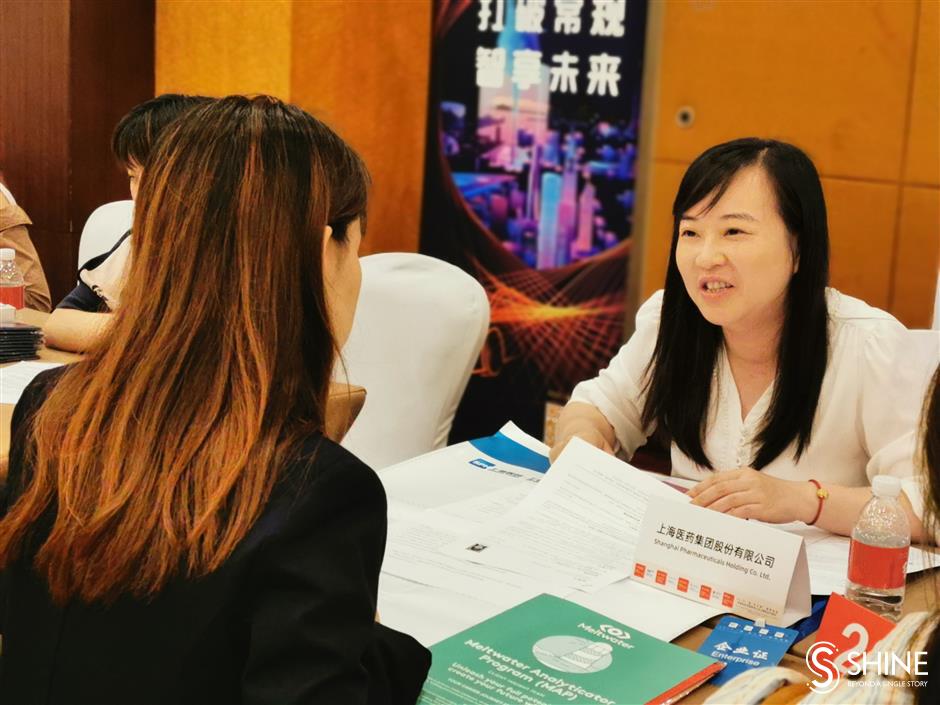 A student finds out about job opportunities at the fair.

The 11th “Shanghai Career Fair” held by the government in cooperation with universities in the United States, the UK and Canada, seeks to attract more young people to work in Shanghai under the banner of “Make Shanghai Your Home.”

The city’s human resources and social security bureau said that 12,700 Chinese who had studied overseas had obtained a Shanghai hukou, or residence, last year, 33 percent more than in 2017.

Students from Cambridge University, Imperial College London, London School of Economics, Columbia University, the University of Chicago, Stanford University, UC Berkley, UCLA and Toronto University, met over 60 companies based in Shanghai at the job fair where over 1,000 jobs were on offer.

Rich Carruthers, deputy director of the careers service at Imperial College London, said Shanghai had become a hub for global talent to work and the college was honored to be a part of the talent exchange.

“People say that innovation happens in a right time and a right place, and I believe our students here are making a wise move in choosing Shanghai as their career destination,” he said. “Shanghai is opening its arms, welcoming them and making the city a hub gathering overseas talent.”

Carruthers said feedback from students who attended past events was all very positive.

Chen Yu’ang, a Ningbo native who’s doing a master’s degree in international health management in the UK and who has a bachelor’s degree in philosophy from the US, said he was looking at jobs mainly in the consulting industry.

“Shanghai has great cultural offerings and has a lot of career opportunities as the entire economic landscape of China is promising,” he said.

Zhu Di, from Hangzhou, a sophomore studying electronic engineering in the UK said Chinese companies are keen to attract Chinese graduates with an overseas background while Chinese students like her tended to return to China to work.

“Take the UK, finance might be more emphasized in its economy, but for students of technology, China is the future because the country is so much pushing for science and technology development,” she said.

Piao Song, recruitment director of Shanghai Institute of Materia Medica of Chinese Academy of Sciences which had a stand at the fair, said Chinese students and professionals with an overseas background are welcomed for their international scope, and out of patriotic feelings they were willing to return to build their own country too.

“Shanghai has competitive talent policies and perhaps more and better career opportunities,” she said. “Our scientists as principal investigators who lead research groups that get generous support for their projects, which probably wouldn’t be available elsewhere.”

Also at the fair were foreign students studying in Shanghai. Elmira Safarova from Russia, a master’s student at East China Normal University.

Safarova, who has been living in China for five years and is fluent in Chinese, said she’s currently interning for a software developer in Shanghai on a mobile app targeting foreign students and helping them work towards higher levels in the HSK test for Chinese language proficiency in non-native speakers.

“There are many possibilities here, and for students with a language background it would be even better if we continue to study other subjects such as finance and business,” she said.

In previous fairs, over 5,000 students had met with employers, and a great number had found jobs in Shanghai, according to the human resources bureau.

Over 160,000 Chinese who had studied overseas have been working or starting businesses in Shanghai, it said. The number of companies they founded exceeded 5,200 with starting funds of over US$800 million.

The bureau said an even larger job fair will be held in November.

To help companies and students reach each other, the bureau said it planned to introduce a website called “Shanghai Overseas Talents.”