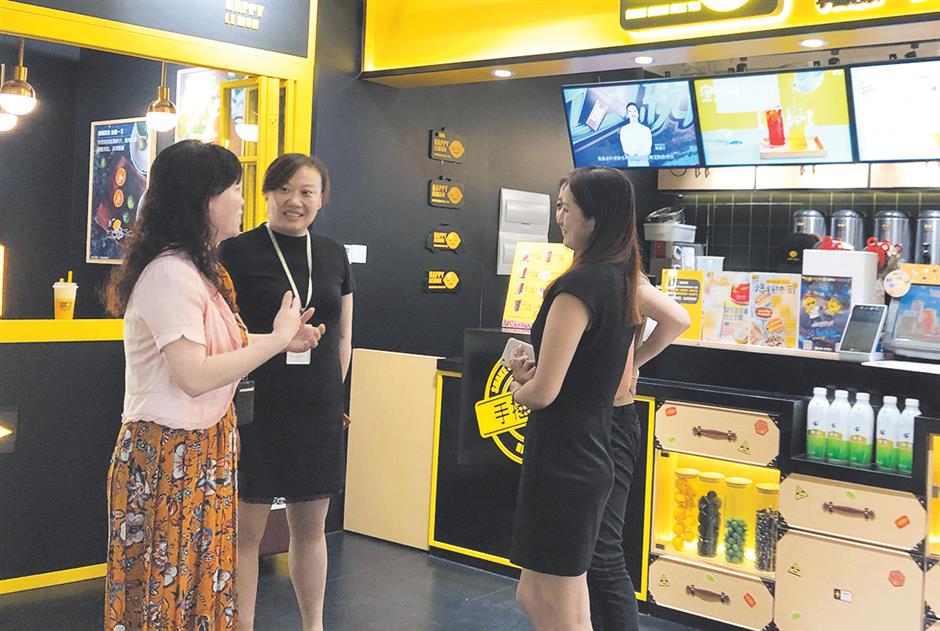 An unnoticeable office building in Putuo District has gained a reputation of being Shanghai’s “milk tea building” because four leading beverage companies are based in the edifice.

Liziyuan Building, at 4711 Jiaotong Road, occupies neither an important commercial point nor a strategic transport hub but has attracted a multitude of leading enterprises due to its considerate services under the “building chief” program initiated in Putuo.

Under the program, senior district and subdistrict officials serve as “chiefs” for commercial buildings under their jurisdiction to better serve their companies and solve any difficulties.

The chiefs work with the district’s market supervision, industry and commerce, and taxation and police authorities to offer “one-stop” services, ranging from administrative approval, talent services and legal consultation to employees’ housing, education, medical and even matchmaking issues.

Over 4,800 companies in 103 office buildings have been covered by the program since it was launched in February 2018. It has been promoted as part of the city’s business environment campaign.

The scheme has developed a dozen office buildings with an annual tax revenue of over 100 million yuan (US$14.5 million). They include the Liziyuan Building in Taopu Town.

The building is named after Liziyuan Village, one of the last seven villages in Shanghai’s downtown area. It was built in 2008 under a reform on Taopu’s rural collective asset management method and began attracting businesses.

Yummy Town, a leading beverage company who owns popular franchises such as Real Brew Tea and Happy Lemon was among the first companies to set up base in the building. The company opened its first milk tea store on the mainland at Wujiaochang commercial hub and soon became one of the most popular brands in the city. 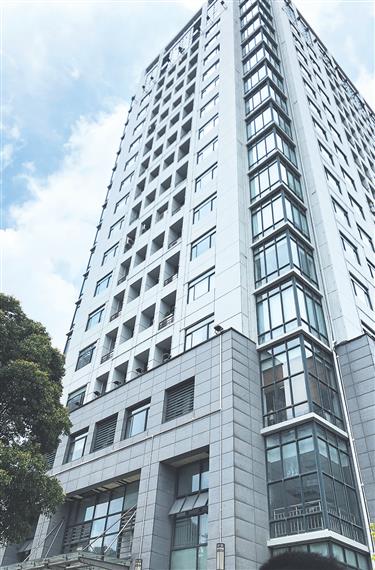 Liziyuan Building is known as the “milk tea building” as it is home to four leading milk tea companies.

The company opens up about 300 franchises annually and aims to increase that number to over 2,000 franchises worldwide by 2021.

“The building chief has offered a lot of help. She informs the latest policies and solve all kinds of problems,” said Wang Peijun, an official with Yummy Town.

Zhou Jingfang, deputy Party secretary of the village, and chief of the building since the scheme was initiated in Changshou Subdistrict in February 2018, has ensured Yummy Town receives government subsidies to train its employees according to a regulation released by the city government.

Zhou has also helped Yidiandian (A Little Tea), another popular milk tea brand, to expand its office space to 1,000 square meters after the company complained its former 150 square meters in the building could hardly meet the rising number of employees and businesses.

Without the building chief scheme, companies might have to ask for help from multiple government bodies.

Zhou said the building could be developed into a milk tea industry park as more leading companies in the industry are attracted by its optimized business environment and building chief scheme.

In another case, a lunch delivery service, part of the building chief program, has been launched to stop the city’s office workers from going hungry.

The meal-delivery service, initiated by the Changshou Road Subdistrict, is expected to benefit about 100,000 employees in the city.

Prices are cheaper than the usual delivery services and health safety is assured.

The subdistrict invited reputable local restaurants and online retailers to supply box meals for employees at office buildings or service stations. Each meal costs about 20 yuan (US$2.94) after a 5-yuan subsidy from the subdistrict.