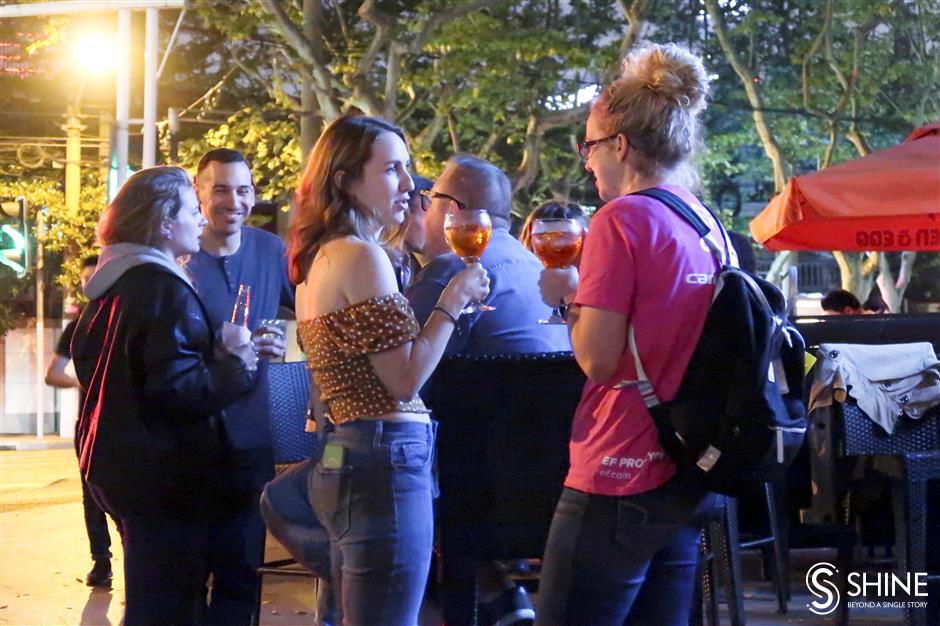 Foreign customers drink outside a bar in Xintiandi.

A 500-meter-long road in Xintiandi will be closed to traffic at certain times from Friday to allow entertainment that will include performances and outdoor movies.

Hubin Road near Taiping Lake will become pedestrian-only from 8pm on Fridays to 5am on Mondays through September 9 in a trial operation to promote Shanghai's nightlife.

Street artists will entertain visitors, while business operators will have stalls on the street. Outdoor movies will be played along with other cultural events and entertainments, the Huangpu District government said on Thursday.

There are many multinational enterprises near Xintiandi where employees are more likely to work at night and have demands on businesses and services around the clock, according to a Huangpu official.

Shanghai is aiming to revive its nightlife after shutting down noisy late-night bars and eateries over the past few years in response to residents’ complaints. The revival is part of the city government's efforts to become an international shopping destination.

A "Xintiandi dynamic block" is planned to support this ambition by featuring innovative and popular entertainments. Art, fashion, health, life and parenting-themed activities will be held between 4pm and midnight on weekends on Hubin Road during the trial.

Tourists and residents can shop, watch performances, play games, take photos or dine out during the operation times of the pedestrian street, said Clarence Lee, general manager of the Taipingqiao Project.

This weekend's first batch of events will include a watermelon and ice-cream eating contest.

Lee is one of five nightlife CEOs appointed by the district government to assist Huangpu's nightlife director Chen Zhuofu to boost its nightlife economy. The nightlife CEOs are mainly executives at downtown landmarks such as Yuyuan Garden Malls, Shanghai New World and Xintiandi. 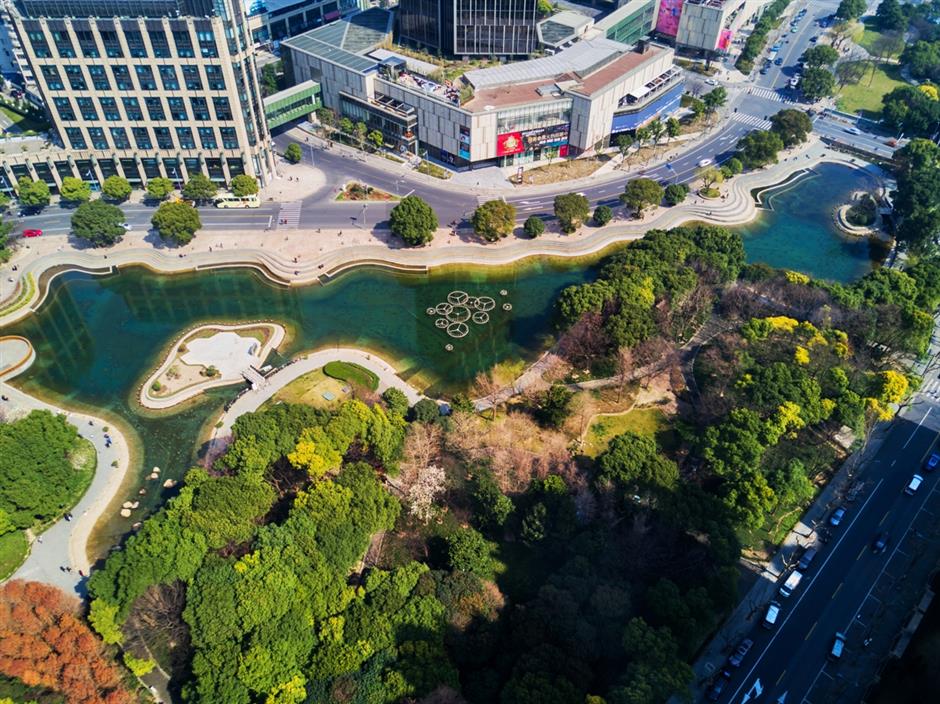 The 500-meter-long Hubin Road in Xintiandi will close to traffic and open to pedestrians only at certain times from Friday.

Huangpu has been operating a number of popular nightlife destinations such as Xintiandi and Found158, featuring bars and eateries from across the world. These sites have become especially popular with foreign residents and tourists, according to the district government.

Yuanmingyuan Road near the Bund will develop some of its English-style historical structures into bars and restaurants as well as art exhibitions to develop a vibrant nightlife.

The Central on Nanjing Road E., a commercial complex with four classic properties built in the 1930s, will highlight commercial, tourism, cultural resources as well as fashion shows in the evenings.

Detailed regulations will be released to ensure the orderly operation of these nightlife spaces and prevent the noise, the drunks and the fights of the past, according to the district government.

According to regulations released by Shanghai's Commission of Commerce and other authorities, the city aims to develop a prosperous nightlife economy between 7pm and 6am.

Bars that meet requirements will be allowed to have tables on the street at certain periods. Some streets will also be closed to traffic at certain times for bars and late-night snack stalls.

Huangpu has the city's first two “24-hour cinemas.” The 91-year-old Grand Theater and the 89-year-old Cathay Theater are operating after midnight as new nightlife attractions.