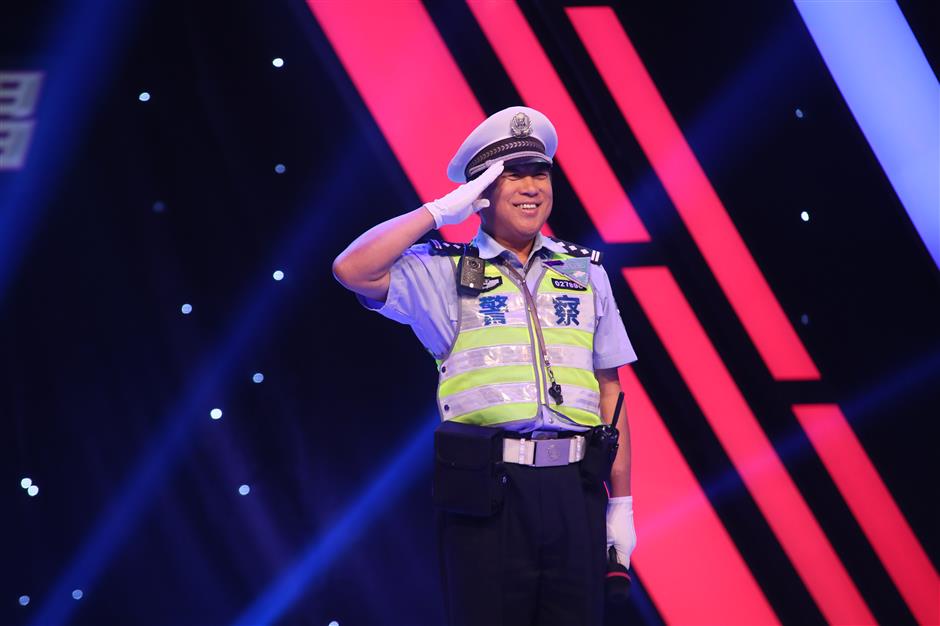 Tang Lihong, a traffic policeman of Shanghai, is one of the contestants.

To celebrate the 70th anniversary of the founding of the People’s Republic of China, “Sing your Dream” will begin on the Shanghai Media Group's City TV channel at 7pm on Friday.

The weekly show will gather 70 people from all walks of life to share with the audience their stories and emotional connection with the country through their songs.

During the National Day holiday, the final show will feature a 70-person chorus in tribute to the achievements of the past 70 years.

All the contestants are ordinary people from the city. Among them are bus drivers, a postman, basketball coach and firefighter.