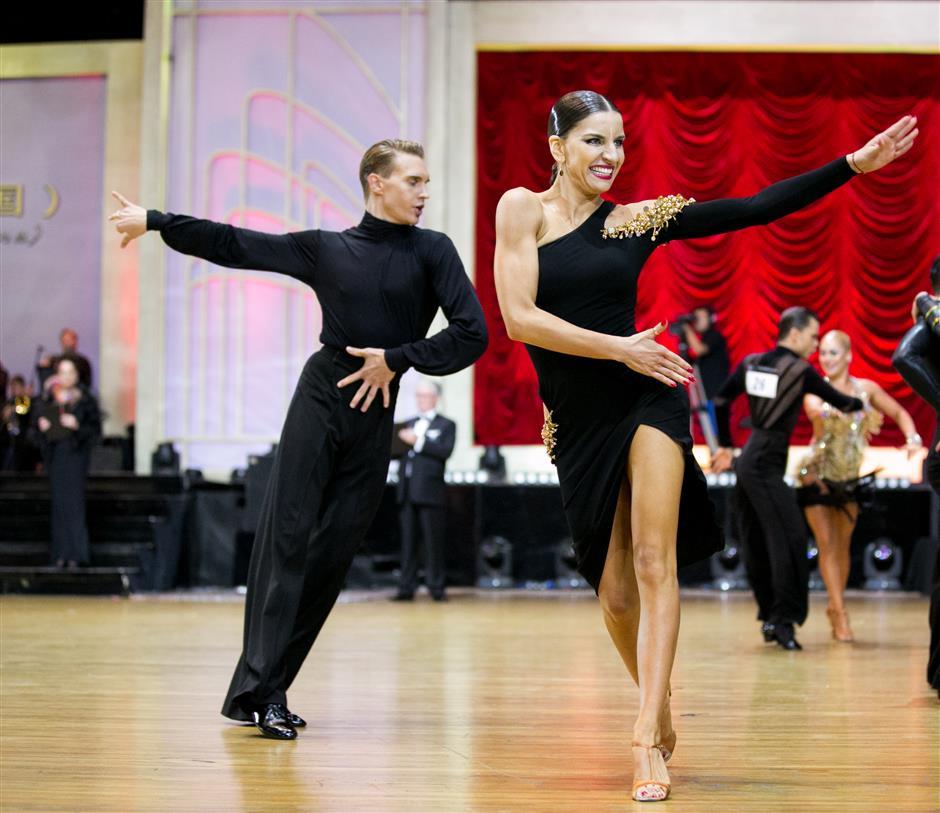 Some 8,500 groups of dancers from 150 countries and regions are competing in the century-old Blackpool Dance Festival being held in Shanghai.

The British Blackpool Dance Festival, known as the “Ballroom Dance Olympics”, started at the Baoshan Arena on Sunday.

A record 8,500 groups of dancers from 150 countries and regions are competing in the century-old international dance festival being held in Shanghai this year.

This is the fourth time the festival, which began in 1920 in the English seaside resort of Blackpool, has been held in Shanghai. It was held outside the United Kingdom for the first time at the Shanghai Grand Stage in 2016, attracting over 20,000 dancers and audience members. Last year, more than 6,000 groups of dancers from around the world took part in the event, which attracted an audience of 25,000 and over 2 million viewers online.

All the tickets for the opening session of the festival, which will run through August 20, were sold out around 4:30pm on Sunday.

"It is a great opportunity for us dance lovers to witness the world's top standards of dancing," said Zhang Ye, a local aunt living in Yanghang Town of suburban Baoshan District. Zhang is the team leader of the community square dancing group in the town.

This year’s festival also features judges and live bands from previous festivals in the UK.

Wen Zheng, a representative of Blackpool Dance Festival China, said: "The event aims to let people in Baoshan and Shanghai enjoy the pleasure of dancing."

Dance lovers are encouraged to perform on the sidelines of the professional competitions, he said, with street dancers and line dancers welcome to showcase their skills.

Baoshan is hosting the international event to promote the haipai, or Shanghai-style culture that combines the East and West traditions, said Wang Yichuan, director of the Baoshan culture and tourism bureau.

"Residents can get access to the world's top sports events and then find suitable sports hobbies or exercises for themselves," Sun added.

Over the past two decades, ballroom dancing has been gaining in popularity in China in the wake of the government’s drive for citizens to lead a healthier and more active life.

Baoshan, long known for its heavy industries, is striving to improve its cultural landscape. In recent years, the district government has built a number of cultural venues, including the Baoshan Arena — where the festival is being held — which features an NBA-standard basketball court.

"People usually see Baoshan as an iron & steel industrial district, but we have been developing quite fast over the last few years,” said Wang.

“We are gradually evolving from a manufacturing hub to a cultural center with the Wusongkou international cruise liner port, the annual cherry blossom festival as well as the Blackpool festival.” 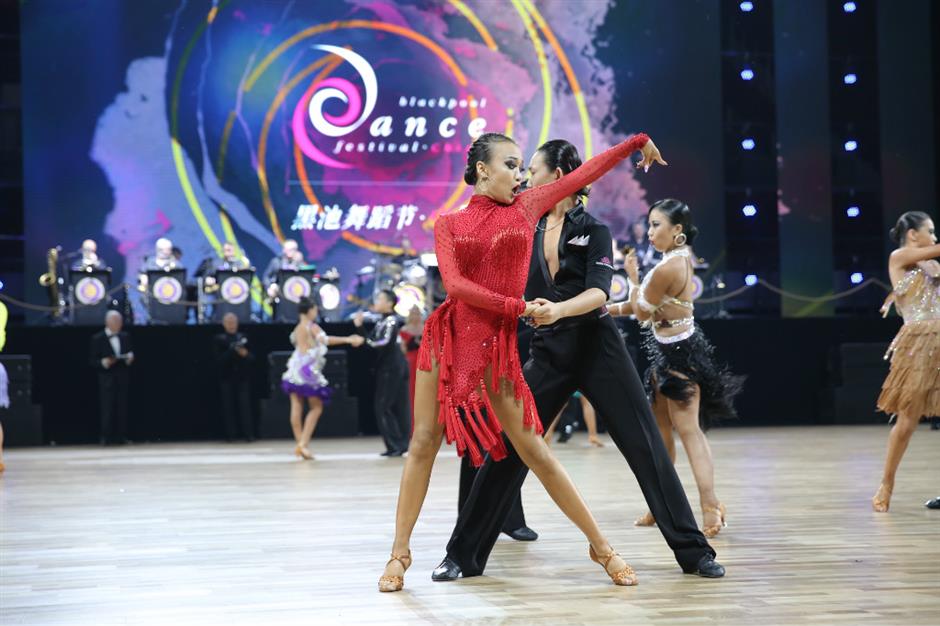 This is the fourth time the festival, which began in 1920 in the English seaside resort of Blackpool, has been held in Shanghai. 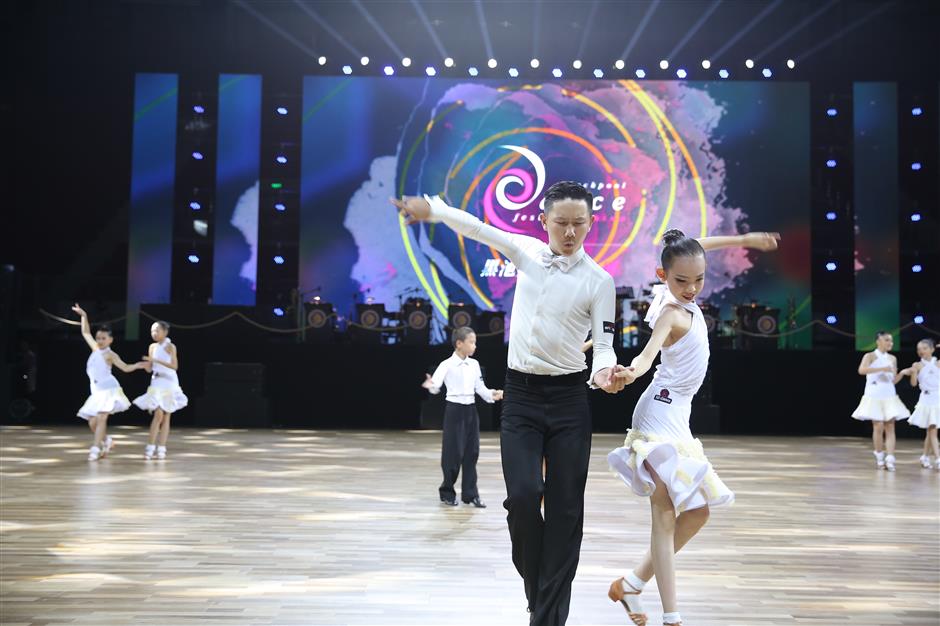