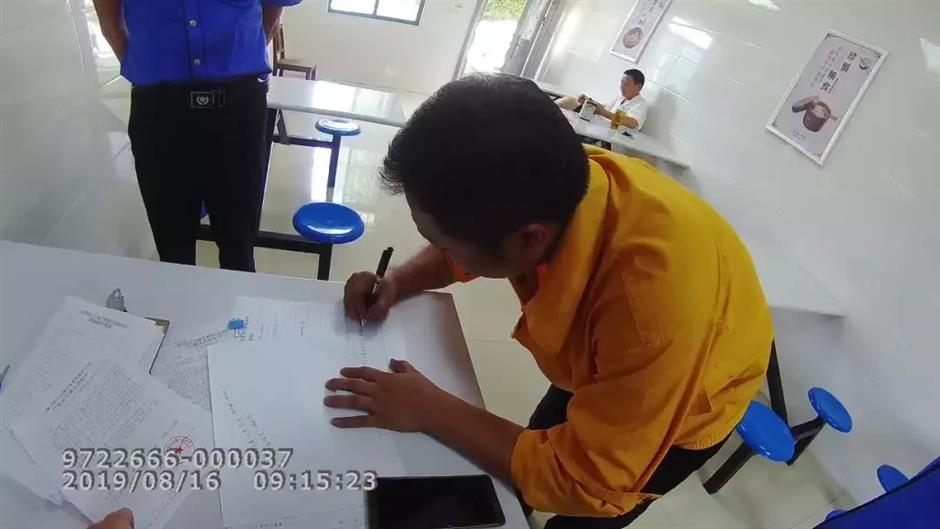 The man caught on camera flouting garbage rules signs the notice of his fine.

A man in Songjiang District has been fined the maximum 200 yuan (US$28) for four violations of Shanghai's household garbage regulations, the district's urban management authorities said on Monday.

Earlier this month, Mo was caught on camera at a residential complex on Songhui Road M. dropping disposable meal boxes, disposable bags and food residue into a bin for wet trash without sorting it first, an official with the district's Yueyang urban management team said.

After receiving a tip-off from the Daijiabang neighborhood committee, officials rushed to the scene.

Mo denied any irregularity and refused to sign a rectification notice issued by urban management officials.

However, the next day they examined surveillance camera footage and found Mo failing to sort and dispose of household garbage based on regulations four times in a month. Confronted with evidence that included camera footage, photographs and the patrol diary of neighborhood committee officials, Mo admitted his wrongdoing, officials said.

Fines for individuals flouting the garbage sorting rules range from 50 yuan to a maximum of 200.