On Monday, the latest five volumes in the "Shanghai-style Cultural Map" series were launched at JIC Books in Hongkou District as part of Shanghai Book Fair.

This series, launched by the Chinese People’s Political Consultative Conference Shanghai Committee and published by Shanghai Jiao Tong University Press, now has 14 volumes for 14 local districts. The last two volumes for Jiading and Minhang districts are still to be published.

The five volumes released on Monday tell the history and the stories behind the landmarks of Changning, Putuo, Hongkou, Songjiang and Fengxian districts.

Each volume explains how Shanghai culture originated and was passed down from generation to generation. Readers can learn about the city's roots through topics such as celebrities' residences, historical structures and famous men and women in old Shanghai.

The Putuo volume features the history of Suzhou Creek and the growth of culture, economy and education in its surrounding areas. It tells of the Rong family, entrepreneurs who started their business with flour factories and then expanded to more industries. They are dubbed as the origin of national industry in Shanghai and the model of its development.

The Changning volume focuses on its historical buildings and the celebrities behind them, such as Hungarian–Slovak architect Laszlo Hudec and well-known female writer Eileen Chang, or Zhang Ailing. Yuyuan Road, a street full of celebrity residences, is a mine of old stories.

"On Yuyuan Road, the current Changning District Children's Palace used to witness the May-December romance between a university chancellor and his young female student," Luo Zhenguang, author of the volume, told Shanghai Daily. "Wang Boqun, chancellor of the Great China University, predecessor of the East China Normal University, met a 19-year-old female student who presented a bouquet to him after his speech when he was in his 40s and fell in love at first sight with her. They later got married and had this western-style building as their 'love nest.'"

Chai Junyong, chief editor of the series, said it was made to show the brilliant history of Shanghai-style culture, its inheritance and innovation as well as promoting it all over the world.

"The Shanghai-style culture is a combination of the East and the West, the tradition and the modernity," said Chai. "It embraces all the local citizens, migrants from other provinces and foreigners."

Chai said it was hoped the series would be used in local primary and secondary schools to let young people know more about the city and the district where they lived.

"We are also considering making these stories into cartoons to make them more vivid."

Jiang Guangming, deputy director of the Micro Film Committee with the Shanghai Broadcasting Film and Television Producers Association, said they are preparing to make some micro films based on the series and show them on television and online video streaming platforms. 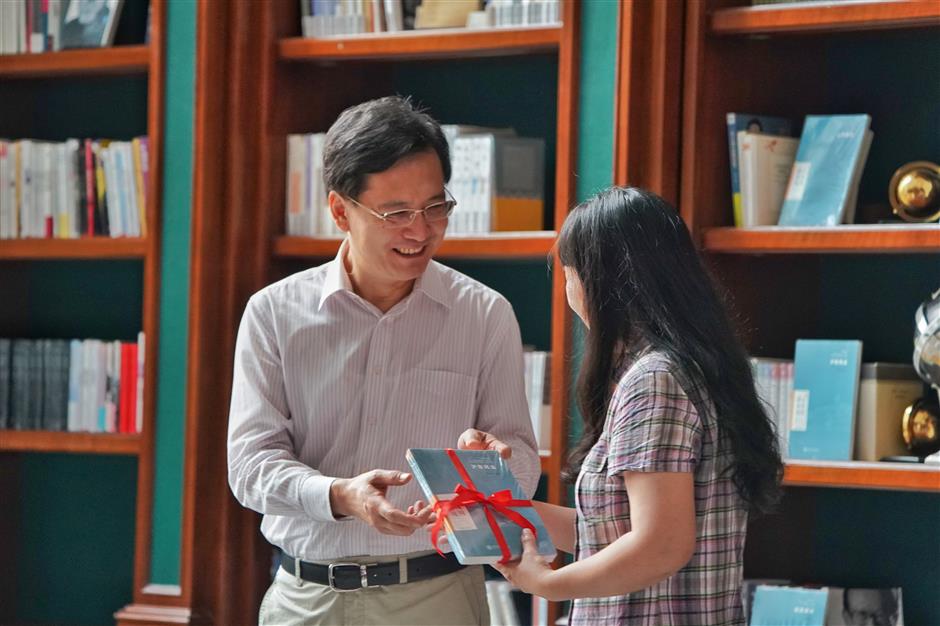 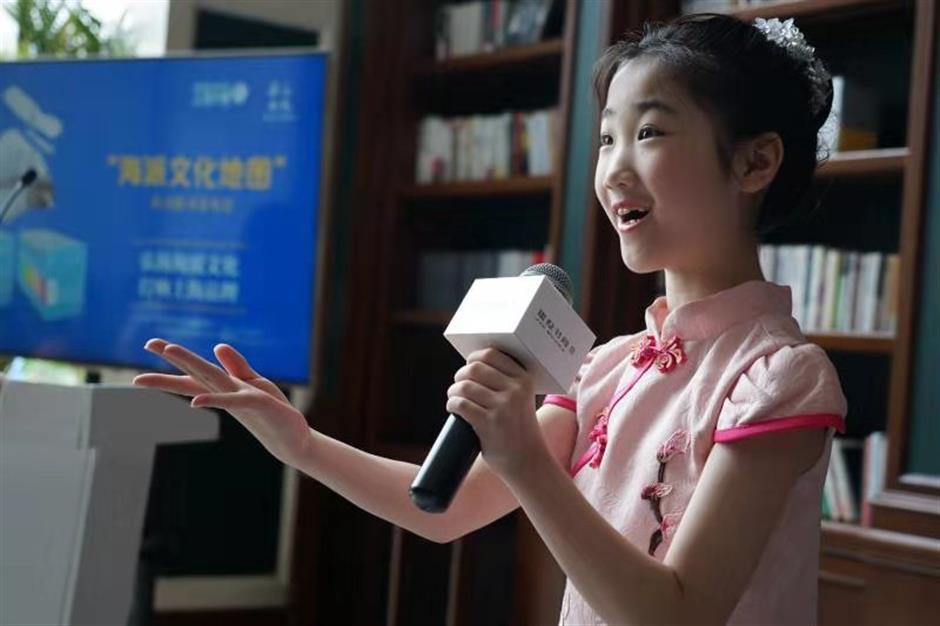