Fast-track Metro security off to a controversial start 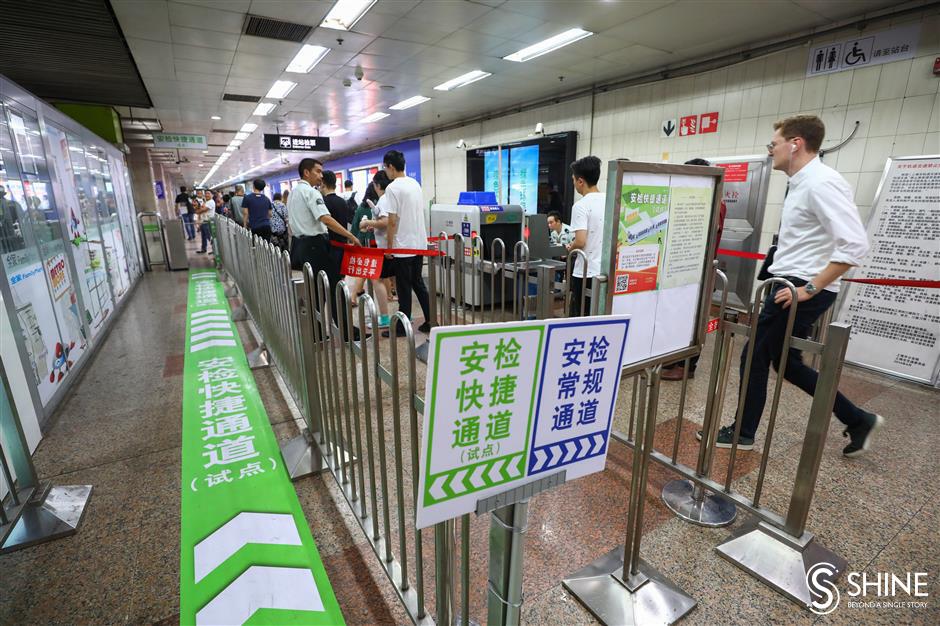 A Shanghai Daily reporter observed no one using the green channel at West Nanjing Road station of Metro Line 2 on Wednesday afternoon.

Trials of green security channels at Jing’an Temple, West Nanjing Road and Shanghai University stations of Metro Line 2 and 7 have met with a mixed response.

To use the green channel, passengers must scan a QR code with their smartphone, give their name, mobile and ID numbers and wait up to 48 hours for authorization. For now, only one turnstile at each station has gone green. At West Nanjing Road and Jing’an Temple stations, the green channel is for Line 2 only.

A Shanghai Daily reporter spent about 15 minutes at Jing’an Temple Station and saw more than 30 passengers attempt to use the green channel. All were stopped by the attendant, and when asked to scan the QR code and provide personal information, all of them refused.

“I don’t feel comfortable giving out my phone number and ID information,” a passenger who identified himself as Frank told Shanghai Daily.

“Many have applied since August 15,” the attendant said. “Most are clerks from the nearby shopping malls.”

Shanghai Metro told Shanghai Daily that not everyone who applied would get the authorization.

A Metro official said that the application is linked with the Metro Daduhui app and clearance would only be given to frequent users of the station. Passengers going through the green channel must use the app. Foreigners cannot use the green channel now.

“If you only come to the station once a month, there is no point in issuing you a permit,” the officer said.

But the official also emphasized that even if a passenger gets clearance, it is not a blanket clearance from all security checks.

“You won’t have to put your bags through the machine, but there will still be spot checks from time to time,” the officer said. “If you are found to be carrying the prohibited, you will have your permit revoked. If you have especially large items, they will go through the machine regardless.”

Security check at Metro stations sometimes triggers controversies. Many passengers considered it an unnecessary routine which sometimes wastes their time.

“I’m always lining up at rush hours. The passages in the station are blocked by the queue for the security check,” said Jill Li, who works near West Nanjing Road Station of Line 2. “All I have in my tote is my cosmetics.”

On June 28, a security inspector at Zhaojiabang Road Station assaulted a passenger who allegedly refused to put his backpack into the machine and attacked the inspector. A video clip showed the inspector hit back and knocked the passenger to the ground. The inspector was suspended from his duty.

But a goodly number of passengers approve of the security checks.

“There are so many people taking the Metro, what if someone carried a knife and stabbed people?” said Liu Meijuan, a 77-year-old retiree. “Going through the security checks doesn’t take much time, but it’s reassuring for us.” 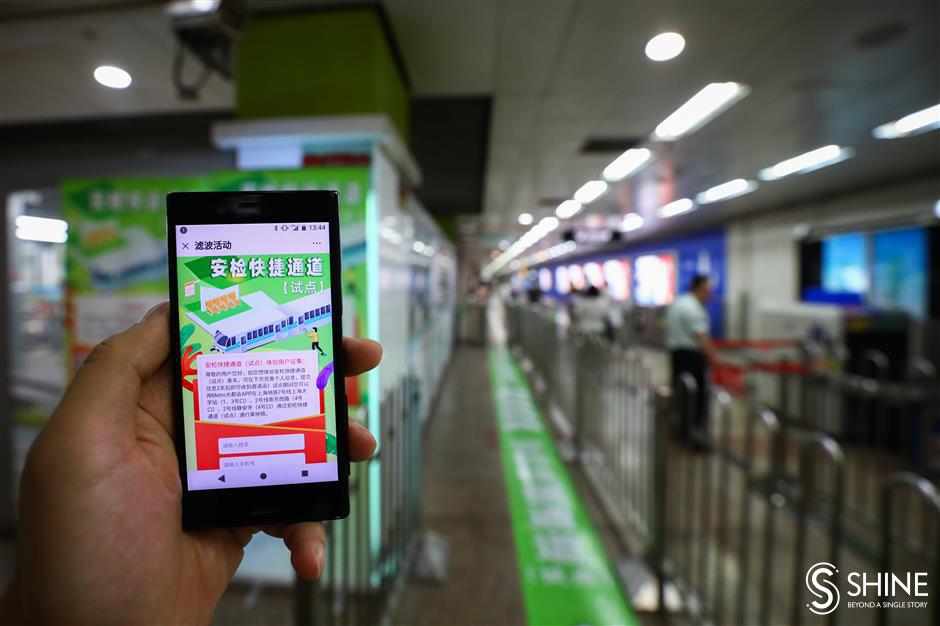 To use the green channel, passengers must scan a QR code with their smart phone, give their name, mobile and ID numbers and wait up to 48 hours for authorization.