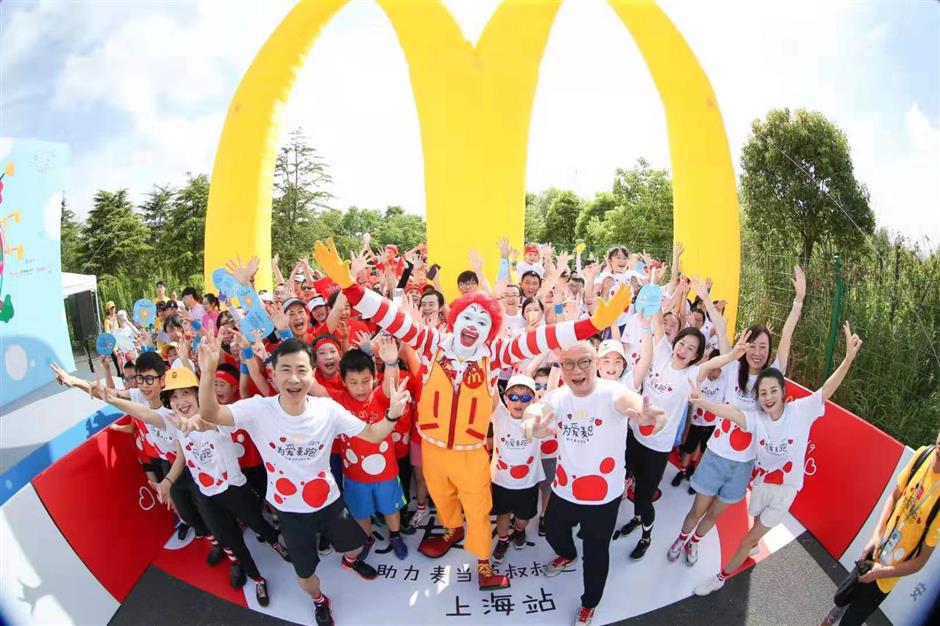 Children and their parents at the starting line of McHappy Run

About 5,000 children and their parents, wearing family T-shirts with sand red and white socks, took part in this year’s McHappy Run in Shanghai on Sunday to support the Ronald McDonald House Charities.

The event was organized by McDonald’s China and supported by the China Soong Ching Ling Foundation.

This year, more than 45,000 people in 16 cities nationwide will join the McHappy Run, setting a record. Over the past six years, about 200,000 people have taken part in the run, covering about 580,000 kilometers — equal to running around the equator 14 times.

The first Ronald McDonald House on the Chinese mainland opened in Changsha, central China’s Hunan Province, in 2016, providing a “temporary home” for out-of-town patients. By the end of July, more than 500 families had enjoyed 18,000 nights of free accommodation. 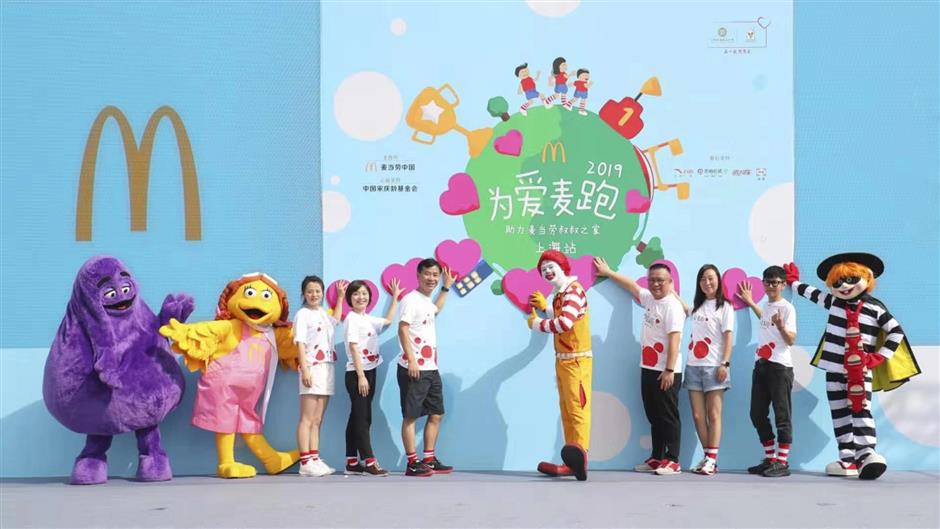 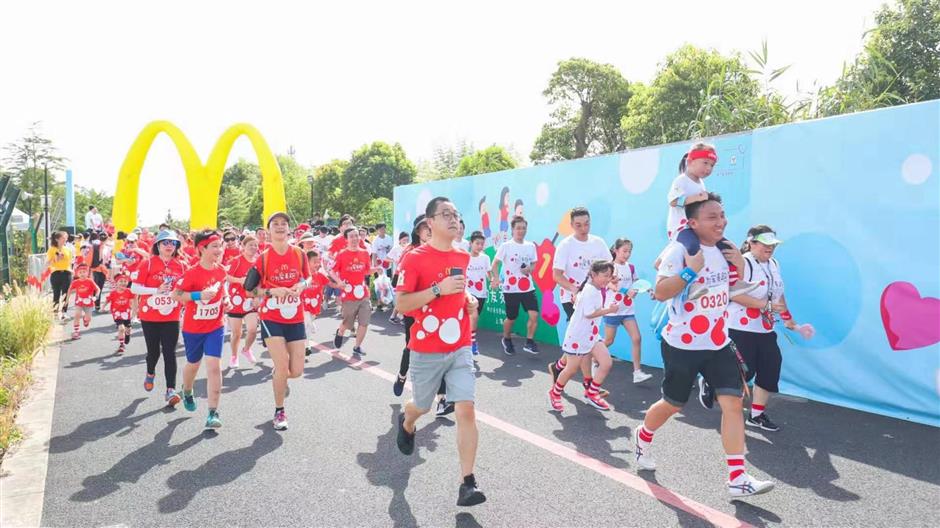 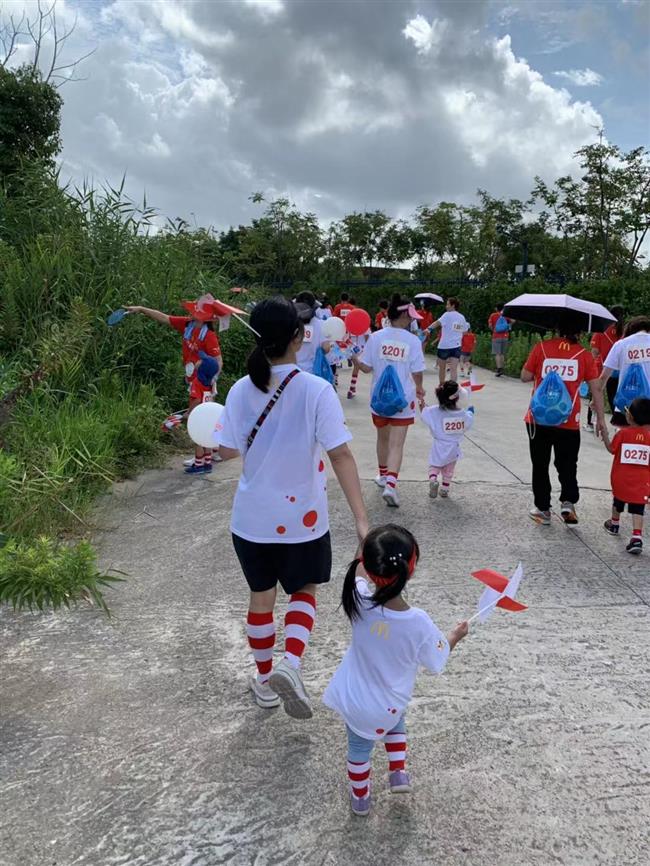