From September 1, Shanghai residents can use a digital version of their driving license and vehicle licenses when paying fines for traffic offenses.

By simply confirming their license information on the app “Suishenban” and “Shanghai Jiaojing,” they can show the digital versions of the licenses to the police without the hard copy, the traffic police said on Thursday. 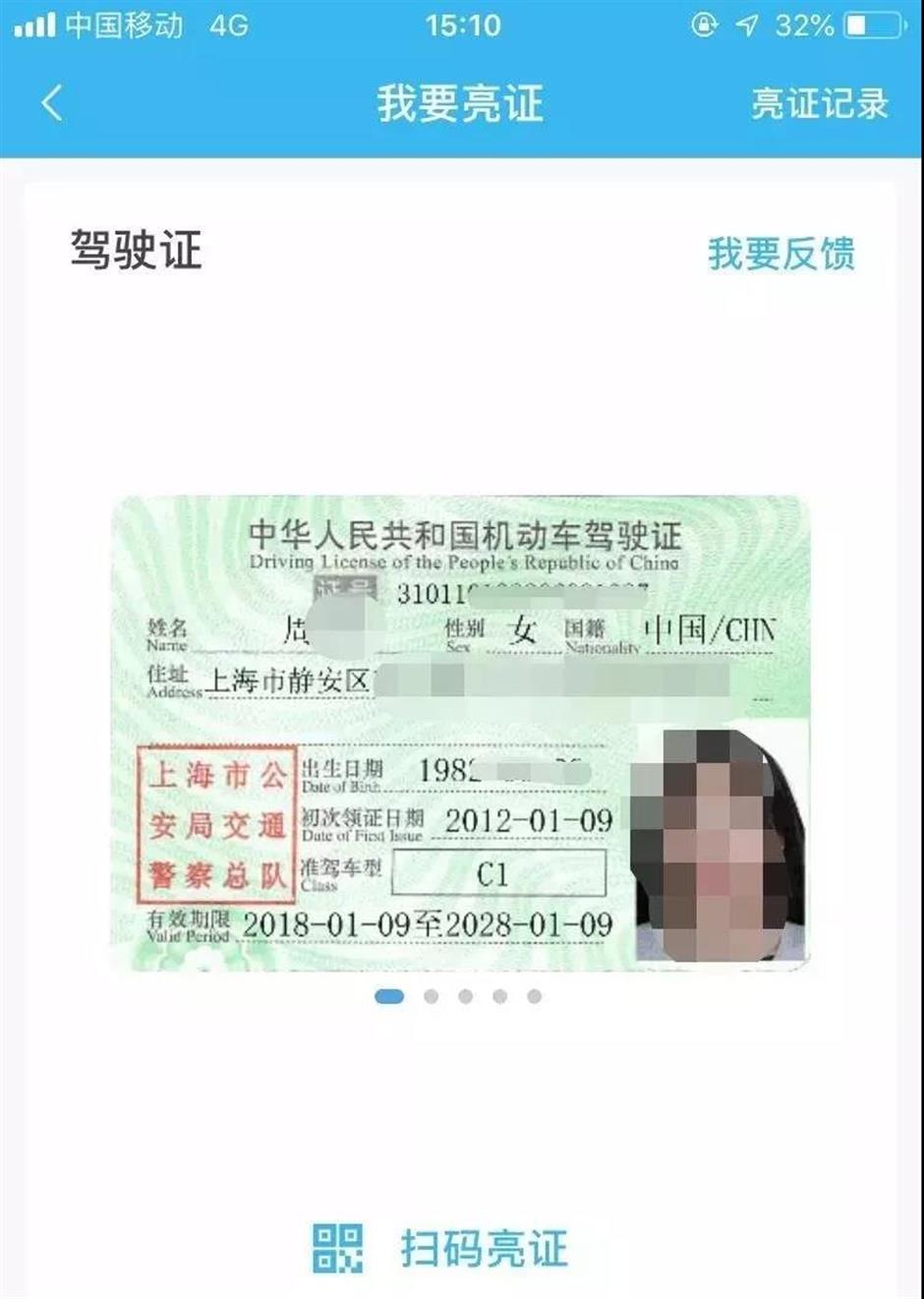 The digital versions will also be considered valid when traffic police officers ask the motorists to show the licenses for a check in the street.

However, in an offense where one’s driving license can be revoked or temporarily withheld the hard copy must be produced, police said.

Shanghai is the first city on the Chinese mainland to introduce this measure.