Police robot on patrol in the city 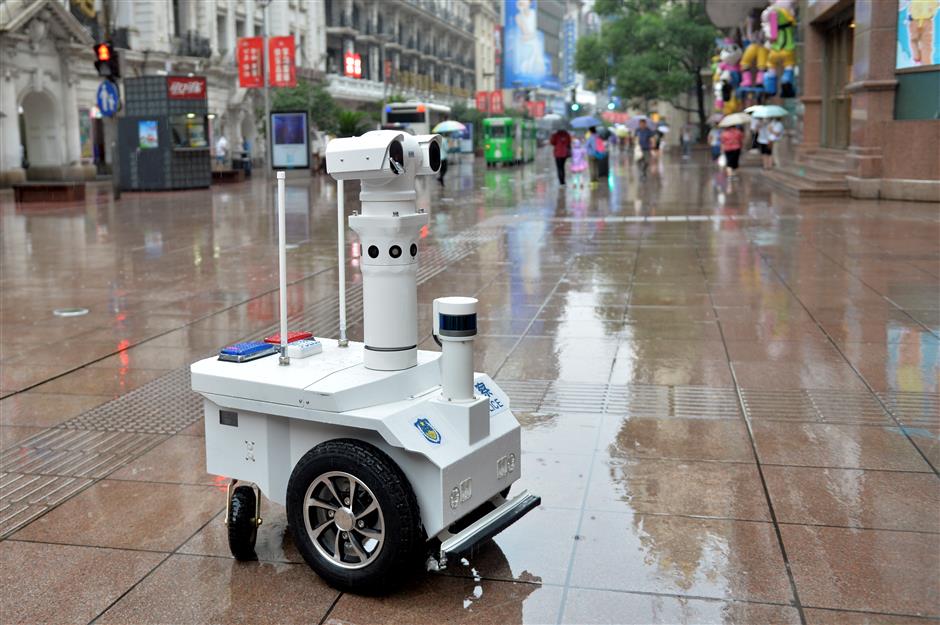 The robot has cameras that have a 360-degree view of the surrounding environment.

A small robot began to patrol Nanjing Road Pedestrian Mall for the police on Thursday.

The robot, equipped with high resolution and infrared imaging cameras, has 360-degree sight and transmits pictures to police in real time, police said.

The robot can extend to 1.8 meters at its tallest.

Apart from surveilling its surroundings, the robot can also broadcast safety tips to pedestrians. Being able to sense the traffic around it, it stops automatically when there is a large crowd in front of it or tells people not to get in its way.

The robot makes use of the 5G mobile network, police said. 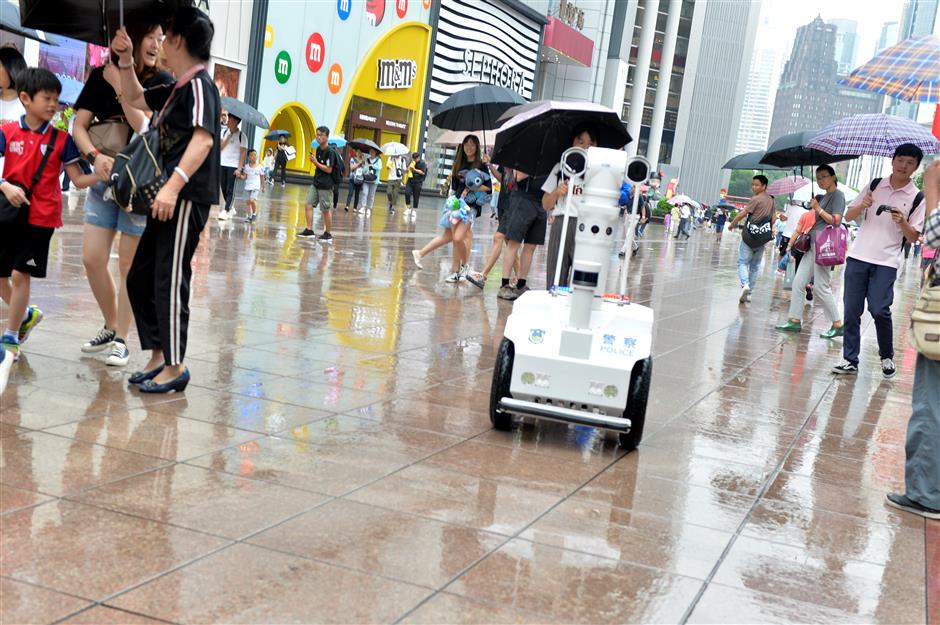 Robot on patrol in the rain on Nanjing Road Pedestrian Mall 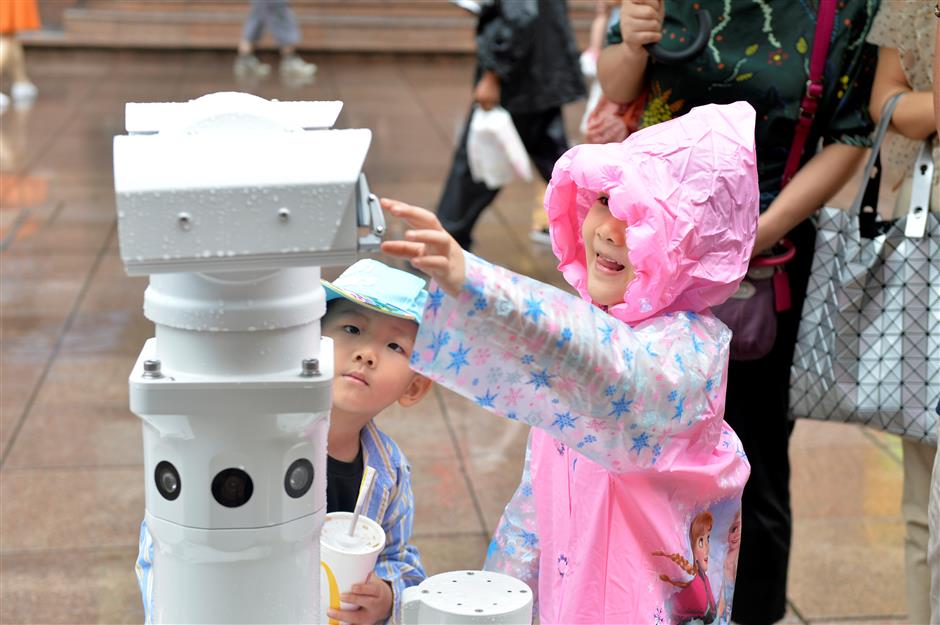 Children try to make friends with the robot police officer.