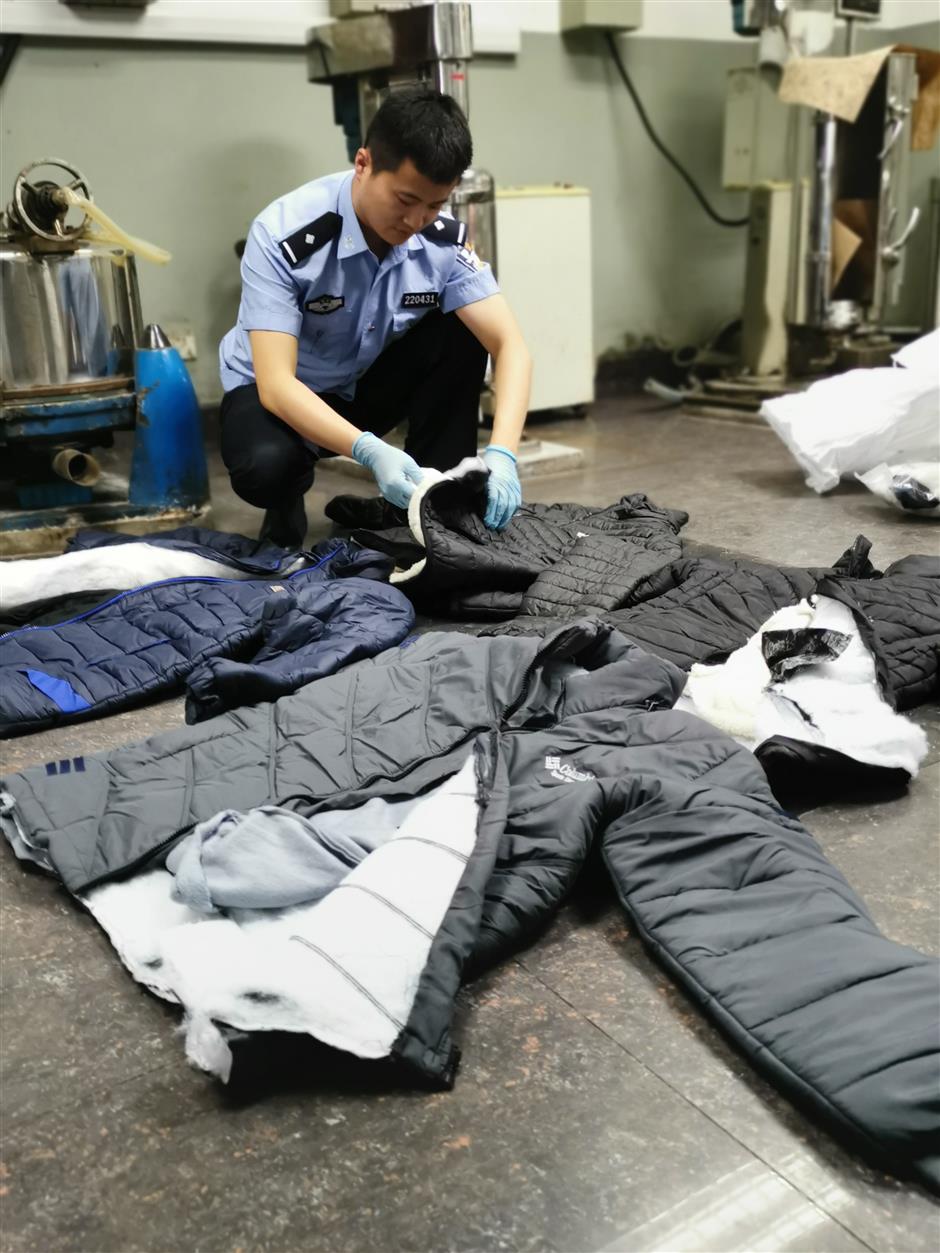 A customs officer is checking the cotton-padded jackets the man carried.

A Belorussian who hid nearly 1,800 grams of cocaine in cotton-padded jackets has been detained at Shanghai Pudong International Airport, customs said on Monday.

When the man got off a flight from Addis Ababa, Ethiopia, on July 31, he chose the "nothing to declare" channel. But when customs officers checked his luggage, they found it odd that he had four winter coats with him.

An officer recalled a case in Macau where a drug smuggler had mixed cocaine in the cotton inside clothes to avoid detection by the X-ray machine. The drug could later be separated by soaking the cotton in water.

When the customs officers at Pudong airport tore open the jackets, they found white powder in each of them which tested positive for cocaine.

After questioning, the man told officers that in early July, another man and his accomplices had offered to pay him if he carried some "bad" things for them. He set off from Moscow and collected a suitcase in Zimbabwe. He then traveled to Addis Ababa before taking a flight to Shanghai.

The plan was that he would then go to Macau and await instructions.

In the past, drugs which entered the country often ended up in Guangzhou and Hong Kong. But several recent cases have shown that Macau is a destination. Shanghai Customs said it will be cooperating with Macau police in a tough crackdown on drug smuggling. 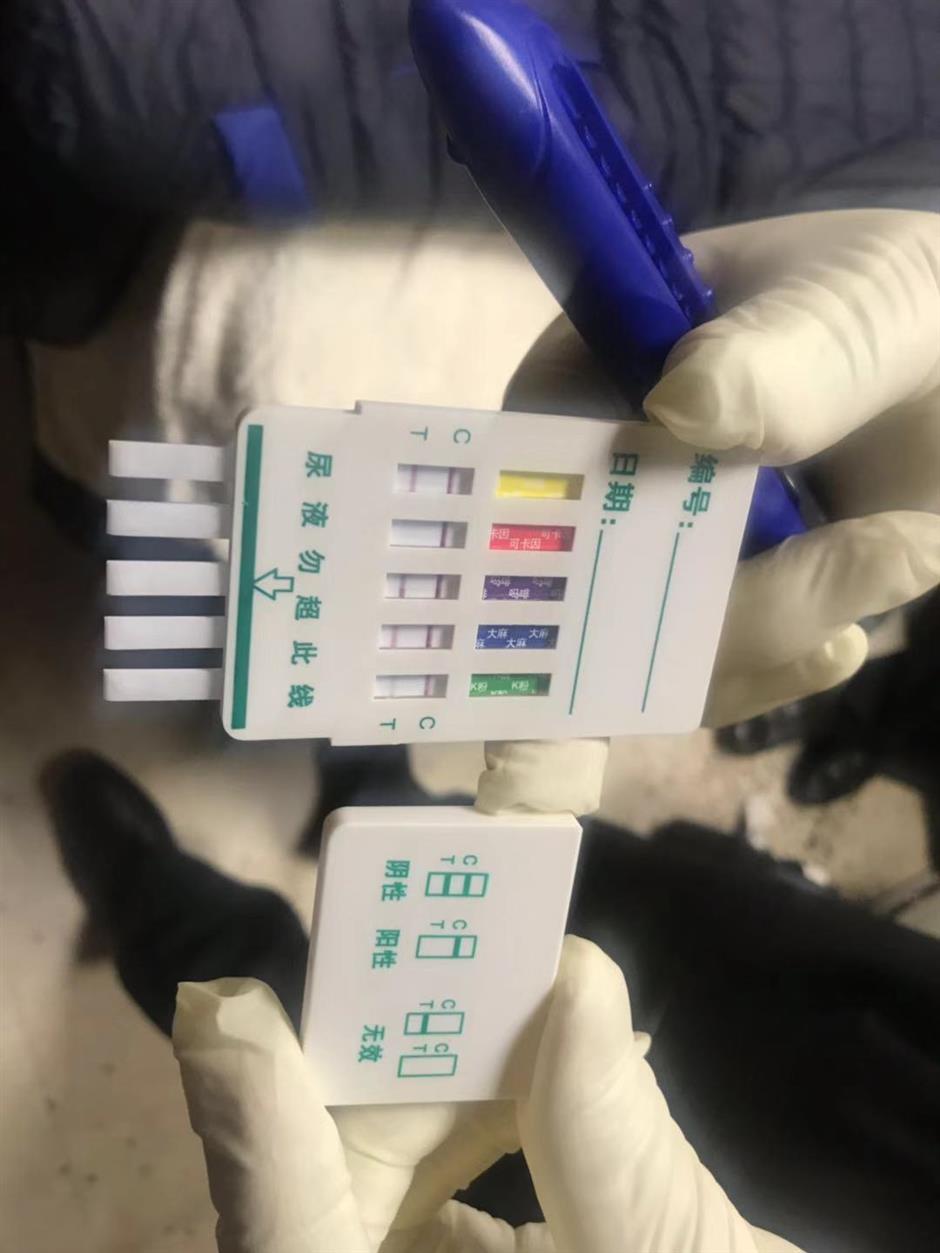 Test result shows that the white powder is drug.